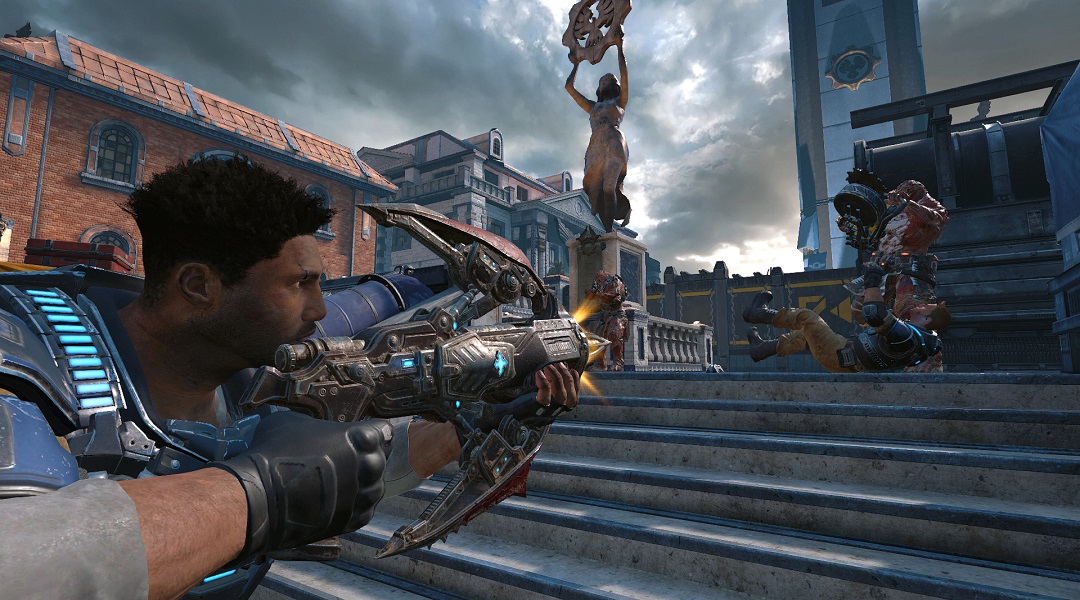 Gears of War 4 Getting Legacy Maps in November

The Coalition reveals the first two free DLC maps for Gears of War 4 are legacy maps first seen in Gears of War 3, and fans can play them in November.

The Coalition has ambitious plans when it comes to the post-launch support for Gears of War 4. For the foreseeable future, Gears of War 4 fans can look forward to two new maps added to the game every month, which should ensure that enthusiasts consistently have new content to sink their teeth into. November’s maps have been detailed, and they should be familiar to anyone that played Gears of War 3‘s multiplayer component.

Fans that aren’t interested in Gears of War 4‘s versus multiplayer mode will still benefit from the new maps, however. Not only can Checkout and Drydock be used in multiplayer, but also the maps will be compatible with Horde 3.0, which should give all Gears of War 4 players something to look forward to when the maps are released in November.

While it’s nice that The Coalition is making an effort to keep the Gears of War 4 community together across multiplayer and Horde, some season pass owners may be confused that maps are essentially being released for everyone. Usually a season pass entitles purchasers to content like new maps, so some may be wondering where the value is when it comes to Gears of War 4‘s season pass.

Basically, season pass holders for Gears of War 4 have permanent access to new maps, whereas the general public will lose them if they are pulled from rotation. To that end, Gears 4 season pass owners are able to select the maps for private matches and playlists, which is not possible for those that just own the base game. Season pass owners enjoy other benefits as well, such as early access to new maps and game modes (and prior to launch, the game itself) before they become available to everyone else, in addition to exclusive skins.

At this point, it’s hard to say whether or not those benefits are enough to justify the price of the season pass, but many would prefer that maps are available to everyone. It’s a model that ensures multiplayer communities aren’t splintered when new maps are introduced to the game, and has helped online multiplayer games like Halo 5: Guardians and Overwatch thrive. We will see if Gears of War 4 is able to find similar success with this model when the first two of the free maps are released in November.

Gears of War 4 is available now for PC and Xbox One.