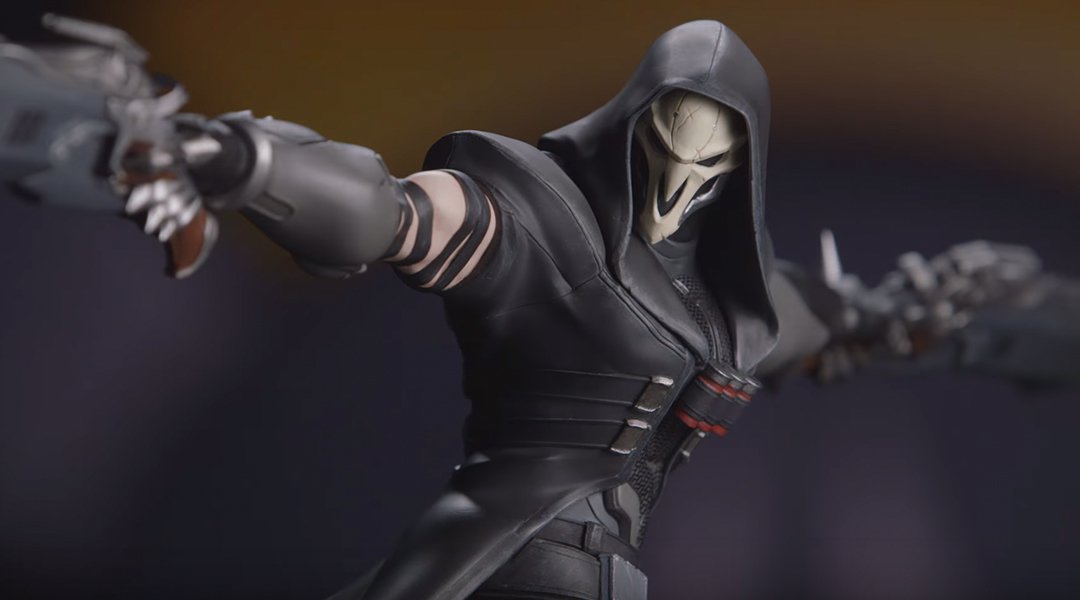 Collectibles have long been a staple in the gaming industry. While some gamers just want a video game, others love the various goodies created by developers and publishers to accompany their titles. From collector’s edition bundles, to foot-tall statues, there are often some pretty impressive – and pricey – extras available with the industry’s hottest games.

So it comes as no surprise that Overwatch, one of the best selling and highly acclaimed titles of the year, is getting a brand new collectible for fans. The premium piece is a 12-inch statue of Reaper, one of the most popular and badass characters in Overwatch.

The figure, which is the work of Blizzard senior sculptor Brian Fay, offers impressive detail of Reaper, and perfectly captures the power and intimidation of his ultimate ability, Death Blossom. The striking detail in the character’s clothes, weapons, and gear can be seen in the below video, which gives gamers a taste of the cool collectible in all its glory.

Those looking to grab themselves an Overwatch Reaper statue will need to fork over $150, which is a hefty price for a single collector’s item. Of course, considering the statue stands a foot tall, and has a wing span greater than that, it’s not a small piece, and would look great in any collection.

We’ll note that the $150 price tag is far below that of the Batman: Arkham Knight statue that cost a whopping $900, and The Witcher 3: Wild Hunt Geralt statue that commanded $770 from fans.

Unfortunately, those hoping to nab one as a holiday gift will be disappointed; the sculpture won’t be shipped until March. In fact, there will be two rounds of shipping, one in March 2017 and the second in November 2017. So for the diehard Overwatch fans out there, this would be a great gift for next year’s holiday season.

Right now, the Reaper statue is limited to two per person, though at $300 for the pair, there likely won’t be too many folks looking to grab more than one, if they can even get that. Then again, eBay resellers tend to make everyone’s life harder when it comes to picking up rare items.

Reaper joins the first Overwatch collectible statue, Tracer, which quickly sold out during its production run. Chances are the same will happen with Reaper, so any gamers out there looking to get their hands on one will want to work quickly before they sell out.

What do you think about the new Overwatch Reaper statue? Are you planning to buy one?

Overwatch is available now for PC, PlayStation 4, and Xbox One.