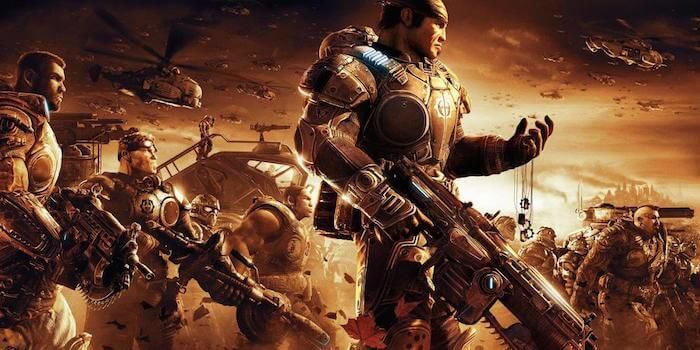 Although the next Gears of War sequel is currently in development at Black Tusk Studios and not Epic Games, fans should know the franchise is in good hands. Yes, many of the key members have either moved on from Epic or are working on their own projects, but a few have actually joined Black Tusk to help make Gears of War on Xbox One a reality.

So far, we know that former Epic Games Director of Production Rod Fergusson has joined the Black Tusk team, and just this week we learned another Epic team member is now on-board. Cinematics Director Greg Mitchell is the latest Epic Games developer to join the new Gears of War team.

Mitchell didn’t give a reason for his departure from Epic Games, but we surmise a chance to once again work with Gears of War was hard to pass up. For that matter, there aren’t too many known properties on Epic Games’ plate that would require a dedicated Cinematics Director. Both Fortnite and Unreal Tournament are experience-driven games, and therefore story considerations (i.e. a Cinematics Director) are minimal.

While most will recognize Gears of War for its gameplay, the storytelling in Epic Games’ franchise was one of its more standout qualities. Yes, it may have given further rise to the dude-bro memes, but the exploits of Marcus Fenix were fun to experience on-screen.

To that point, Mitchell’s hiring brings with it particular expectations as far as what Gears of War 4 may deliver on a story and cinematic front. We never expected Black Tusk to reinvent the wheel, and it seems pretty clear that they are trying to stick as close to Gears of War cannon as they can. At the very least, that should mean cinematics and a visual palette that falls in line with the current Gears of War universe, not something that tries to reinvent.

However, there may be some fans that may have an opposite reaction. With Gears of War 3 delivering a satisfying end to the franchise, it may be more interesting to see what a completely new take on the series might look like. Gears of War Judgment tried to do something somewhat different, but it ultimately fell flat for a lot of fans.

Ultimately, though, it appears Microsoft is trying to play it safe when it comes to their Xbox One exclusive. They know that Gears of War is one of their biggest franchises, and therefore do not want to tamper too much with that base formula. It’s why someone like Greg Mitchell is a perfect fit for the Black Tusk development team.

How do you feel about Gears of War scooping up Epic Games team members? Does it give you more or less interest in the upcoming game?

Gears of War 4 (or whatever it may be titled) will release for Xbox One.