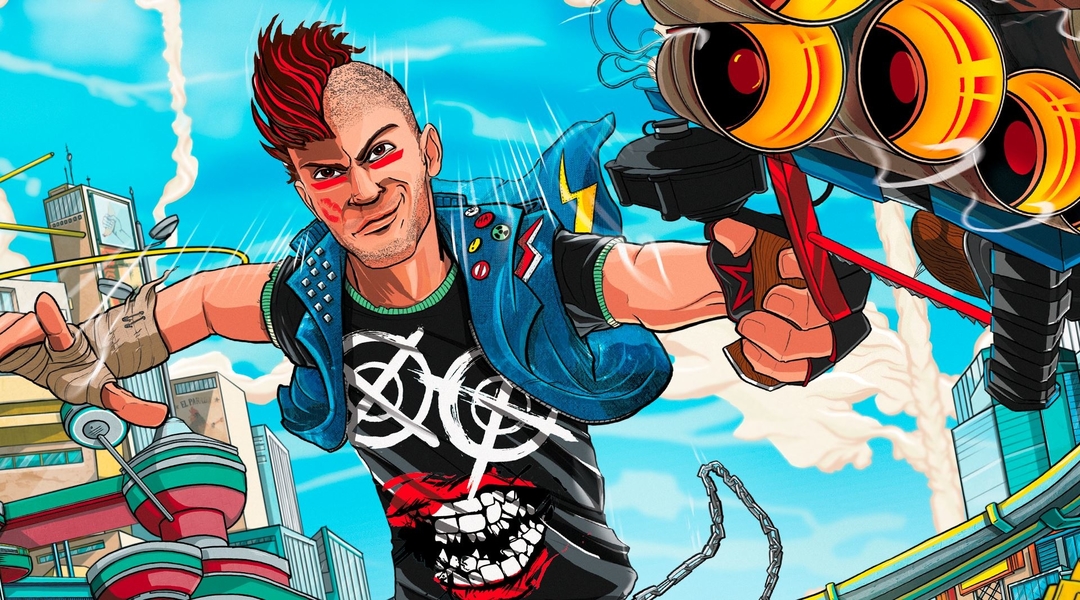 Sunset Overdrive Sequel Would Depend on Microsoft

Though the zippy open-world shooter title Sunset Overdrive gained quite a following upon its release in 2014, the series has remained at a standstill. Today, Insomniac Games president Ted Price stated that while an upcoming sequel could definitely still be a possibility for the game, it would need Microsoft’s stamp of approval to come to full fruition.

In an interview with Game Informer, Price commented on why no word, development, or current movement has been seen or heard of for an upcoming sequel. According to Price, the Sunset Overdrive series and Insomniac Games as a whole are under the direction of its publisher, Microsoft Studios. “You’d have to ask Microsoft” why there isn’t a follow-up title two years after the original’s launch, Price said.

However, he did give up a glimmer of hope for the currently dormant franchise to rise and grind once more — without the backing of Microsoft. Because the developers are so invested in and enthusiastic about Sunset Overdrive, fans may see additional series content churning out somewhere down the line. Price stated:

“We are passionate about that franchise, and we own it, so you may see more Sunset in the future from us. No promises, and no timeline to speak of, but it is something that represents our willingness to create unexpected experiences.”

And it certainly seems that a sequel is just what Sunset Overdrive fans are craving. With its rag-tag team of vibrant characters, an environment teeming with vivacity and attitude, and a ton of tongue-in-cheek sarcasm and humor, Sunset Overdrive became one of the few (and surprising) smash hits during Xbox One’s early days, grabbing critics and gamers alike by the hands and pulling them down the fast-paced tracks of its Sunset City setting.

Many argued that, given the positive Sunset Overdrive reviews, the Xbox One-exclusive would be an easy pick to snag a sequel — even more so when looking at its popularity against the long-standing series the console is known for, like Forza, Gears of War, and Halo — but it’s stuck in a stagnant stand-still for now. Which a ton of players consider a shame after the game’s double nomination at the 2014 Game Awards (in the Best Action/Adventure and Best Score/Soundtrack categories) and its ability to bring viability back to the Xbox One, since plenty of gamers made the switch to the Microsoft console solely because they wanted to get their hands on Sunset Overdrive.

As frustrating as this is to hear, especially coming from Price himself, this unfortunately isn’t the first time a publisher has had seemingly more control over what happens to a series than its developers. In the past, sequel titles have been halted or even cancelled despite glowing recommendations and a solid fanbase. Players have seen it happen with games like Mega Man Legends 3 and Prey 2, both of which bit the bullet before breaking through to the masses. Similarly, and more closely related to Sunset Overdrive‘s lack of a sequel, game director Hajime Tabata once stated that no follow-up games have been planned for Final Fantasy 15, but it’s down to Square Enix’s discretion if that will change.

Moreover, this isn’t even the first instance in which Insomniac Games has had to turn to Microsoft for confirmation on whether Sunset Overdrive would be picking up any momentum post-launch. When asked if the title would ever be available on PC, the developer stated that while they would love to make that happen, it’s Microsoft who has to make the official call.

So, what is Insomniac Games working on if not a Sunset Overdrive sequel? The developer has its hands in a few buckets, working on the PlayStation 4-exclusive Spider-Man game and promoting its Oculus-enabled VR title called The Unspoken, which was released in December of 2016. While they wait for any changing word on the status of a Sunset Overdrive follow-up, fans of the developer’s work can take the 3D platform-shooter Ratchet & Clank or the metroidvania game Song of the Deep out for a spin.

Sunset Overdrive released October 28, 2014 for the Xbox One.