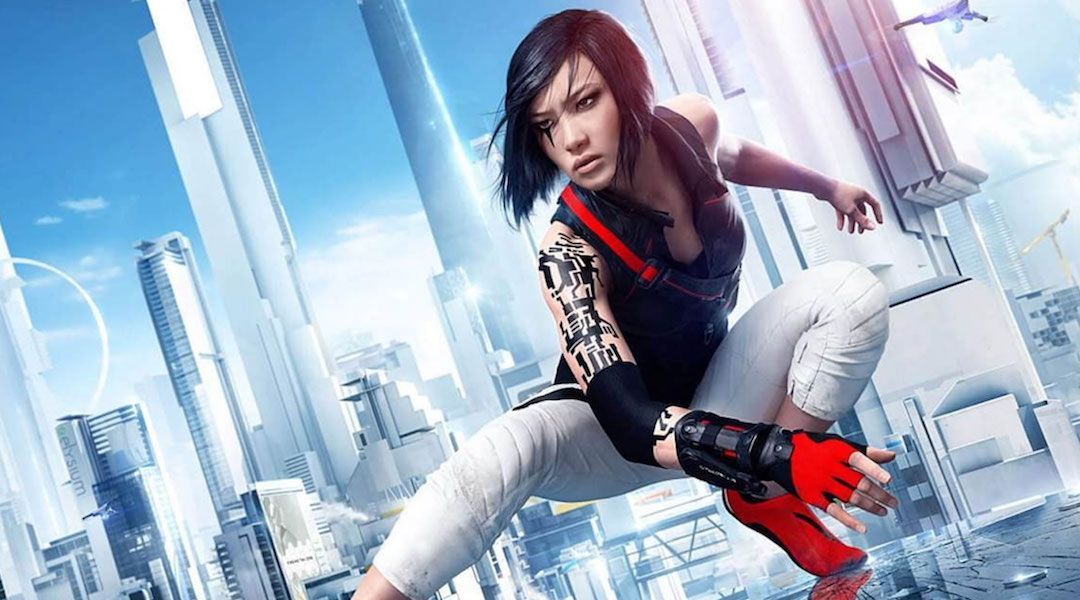 Mirror’s Edge Catalyst has some exciting and refined free-running mechanics, but the missions and modes that support the gameplay are content-thin and generic.

Mirror’s Edge Catalyst is that rare follow-up born from a cult hit, only made possible by the outcry of its franchise’s devoted fans. The original game featured a bold art style, creative parkour mechanics, and a concept that showed promise, but was ultimately squandered by clunky combat. But, lucky for Mirror’s Edge fans, Catalyst gets an opportunity to do right by the series.

Unfortunately, although Mirror’s Edge Catalyst is a complete reboot of the free-running franchise, it still features plenty of confusing design decisions. Like the original game, Catalyst nails the mechanics of free running and adds that to a playground-esque open world, but it still stumbles in some key areas. Yet again, the potential for a strong outing is there, but Mirror’s Edge Catalyst can’t fully deliver.

The story in Mirror’s Edge Catalyst once again centers on Faith Connors, a young courier (or “runner”) with exceptional reflexes, speed, and coordination. After a brief stint in jail, Faith returns to her runner family and works with them to tackle an evil corporation known as The Conglomerate. It’s about as generic of a near-future story as one would expect, and its formulaic beats are easy to predict. The game even commits one of the cardinal sins of video games: reducing the final confrontation to a cutscene. 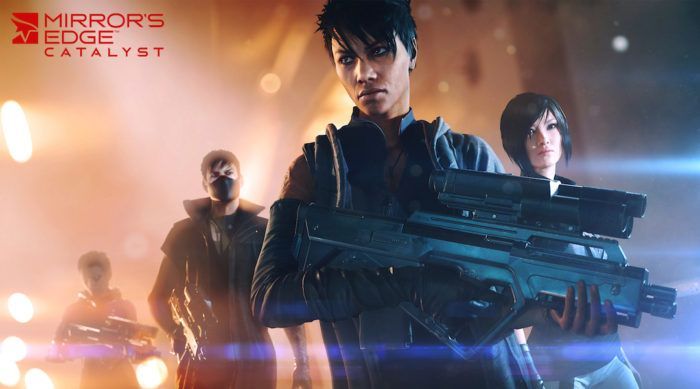 But most won’t be going to Mirror’s Edge Catalyst for the story; their focus is likely on the gameplay. And it’s here that Catalyst delivers on all the promise of its predecessor, combining an open world environment with free-running mechanics that make the player feel agile and powerful. The City of Glass truly feels like a playground in the game, and finding new paths to objectives or within levels is a real treat. Yes, there are times when the mechanics work against the player – when Faith does one thing when the player expects another – but those are few and far between. For the most part, the first person free-running is easily Mirror’s Edge Catalyst’s most appealing aspect.

However, solid mechanics will only get a game so far; it’s the wrapper that props up or weighs down the gameplay. And in the case of Mirror’s Edge Catalyst there are too many confusing design decisions packaged around the mechanics to make it an enjoyable experience throughout. In fact, certain choices, like a skill tree that comes with nearly half of its abilities unlocked at the beginning of the game, make one question many of the arbitrary choices throughout. There’s so much filler in the game (collectibles upon collectibles, for example) that it’s hard to see where the true focus is.

Additionally, side missions in the game become a chore because of their time-based nature. Nearly every one of them revolves around getting from point A to point B in a certain amount of time, either to get a 3-star rating or to avoid failure. Because the mechanics are so strong these distractions will offer some entertainment, but only up to a point. All are centered on finding the ideal route and once done there isn’t much to do beyond that. There are online leaderboards for those who find the free-running truly engrossing, but that is likely to be only a small section of players.

Where the game really shines is in its gridNode side missions, which see Faith ascending a tower in a type of platforming puzzle (think an interior version of Assassin’s Creed‘s viewpoints). In most cases these gridNode missions have a quick path to success, but the game adds a second challenge by placing lasers around the cylinder. Hit those cylinders and the only thing that changes is that there are a few enemies at the end, but avoid them and feel truly accomplished. It’s a shame there weren’t more of these missions because they meld the mechanics with the gameplay so well.

Speaking of enemies, Mirror’s Edge Catalyst has improved upon the combat from the first game; it’s more competent and effective. The only problem is the combat still feels clunky. It’s possible now to take on enemies, which is a vast improvement over the first game, but the combat itself is imprecise and unsatisfying. Luckily the game only forces a few combat encounters on the player, and lets them skip the rest should they choose.

While Mirror’s Edge was never a graphical showpiece, the visuals in Catalyst feel like a step down for the series. Many of the textures feel unfinished, or they simply lack any sort of detail. In some respects that fits with the milieu of the game, but at times it almost feels like some of the environments are placeholders for higher resolution and fully detailed objects. Overall, the game looks fine, but on console it could have looked better, especially given how well developer DICE does with the Battlefield and Battlefront franchises.

In the end, it feels like Mirror’s Edge’s priority in the DICE library kept it from being something special. There is a fun sandbox to mess around in, solid mechanics, and time trials that can lead to nearly endless content. But those who simply wanted a focus single player experience will find that Mirror’s Edge Catalyst lacks in some important areas. It’s content-thin, feels undercooked, and the story is extremely generic.

Admittedly, there is some fun to be had in all aspects of the game, but it’s not as rewarding as passion projects like this should be. For a game that only exists because a die-hard group of fans demanded it, Mirror’s Edge Catalyst should have been better. Unfortunately, it’s a mediocre follow-up at best.

Mirror’s Edge Catalyst is out now for PC, PS4, and Xbox One. Game Rant was provided a PS4 code for this review.