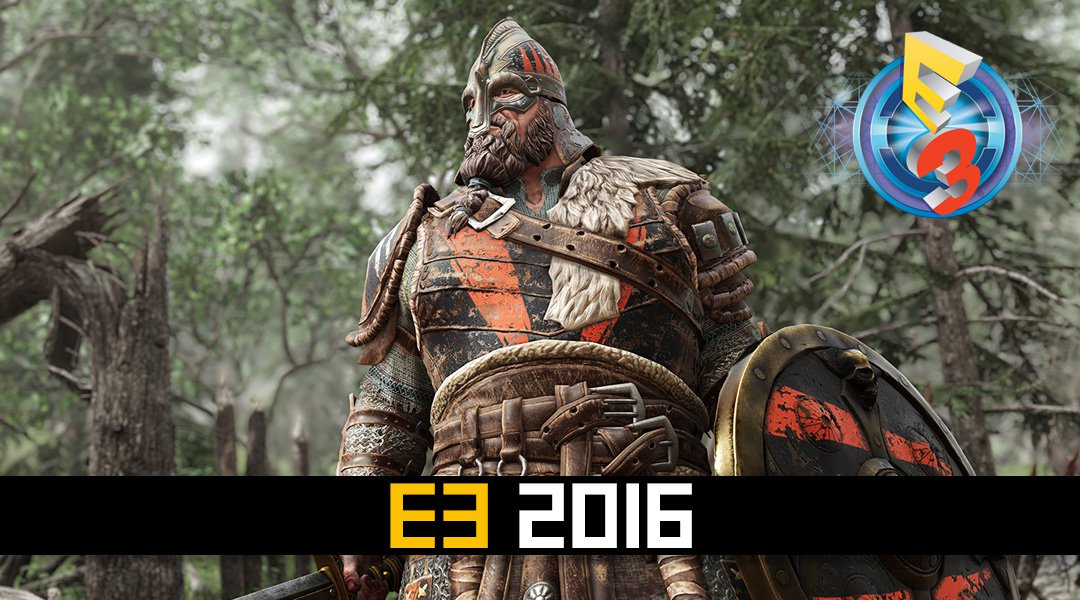 Ubisoft reveals the first look at the plot of For Honor during the company’s E3 2016 Press Conference, showing there’s more to this fight than meets the eye.

During Ubisoft’s E3 Press Conference, there’s little doubt that For Honor fit well into the presentation of titles that carried plenty of clout. The studio teased that vikings were coming ahead of E3 2016, and now Ubisoft has shown a cinematic trailer for For Honor that delivers more of the crunching gameplay that fans have come to expect. As icing on top of the proverbial cake, Ubisoft has finally revealed the release date of For Honor as well, which will ironically take place on Valentines Day 2017.

The graphical prowess of the game shines brightly in the trailer below, as dark as the content itself may be. Swords and axes will strike against each other, and more than a few warriors will lose some limbs as the action unfolds below. When honor is at stake, it seems like there’s no end to bloodshed – which actually ends up being an integral part of the plot:

The trailer shows how a massive apocalypse-like scenario demolished most of the land, leaving survivors struggling for food and water. As gamers can see in the above trailer, the game will pit vikings, samurais, and knights against each other in a brutal fight to the death. The ancestral enemies threw away their chance for peace a thousand year ago, and have been fighting a thousand years of war with no sides showing any sign of slowing down.

The trailer also brings the dramatic reveal of the existence of Apollyon, an angel from the book of Revelation. The name roughly translates to Destroyer, and it looks like Apollyon will do whatever it takes to ensure that the three factions remain in a continuous state of war. The mysterious reveal leaves many questions, and we have little doubt fans of the viscerally violent title will enjoy finding out more about single player campaign as the game edges closer to release.

The game was one of the biggest surprises of E3 last year, and it looks like Ubisoft Montreal is succeeding in keeping the momentum of the title going a year later. While only time will tell if the brutal combat mechanic ends up being a hit with fans, for the time being it certainly has their attention.

We will keep you posted as more news about For Honor gets released by Ubisoft.