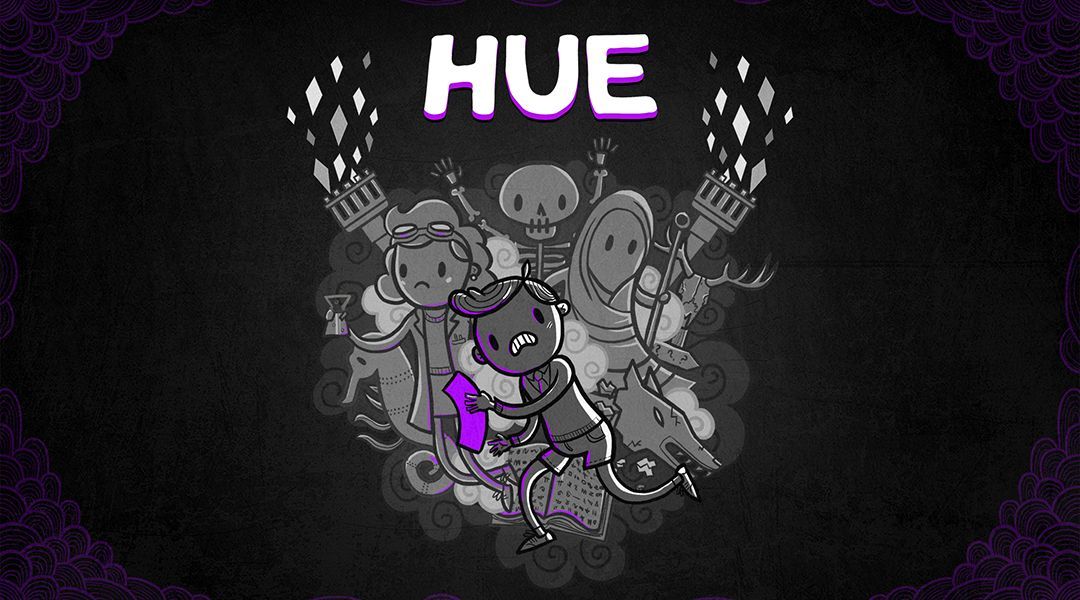 Hue easily sets itself apart from its indie platformer peers, with a well-crafted world, pitch perfect art and sound design, and taxing gameplay with an excellent learning curve.

The independent gaming scene has been responsible for a large number of revivals over recent years. Games such as Amnesia and Outlast have brought horror right back to the forefront of gaming, while the roguelike genre has also seen a triumphant return through games such as The Binding of Isaac. That said, it’s hard to overlook the highly memorable puzzle platformers that have been released over the last ten years.

It’s from this landscape that Hue was formed. Fans of the likes of Braid will immediately notice the title as a kindred spirit, and there is the same structure to the game’s design. At its core, Hue is very much a 2D platformer, but with one central gameplay mechanic that sets it apart from the multitude of games that appear similar at face value. In Hue‘s case, this mechanic is the use of color to alter the player’s world.

Players are able to change the world of Hue through swapping out the background color of the game’s world. If the user’s path is blocked by a pile of blue rocks, for instance, then shifting the main color of the world to the same shade of blue will then clear the way. It’s a fun idea, and one that is initially simple to pick up.

Of course, things don’t stay simple for long. After all, the team at developer Fiddlesticks was partly responsible for fiendish puzzler QUBE. However, Hue never reaches the level of being a frustrating experience to play, and the game’s challenges remain taxing without becoming too obtuse.

It’s clear from the quality of the gameplay on show that a lot of care went into making Hue, because it would have been easy for the title’s gameplay to become either too simplistic or too complex for players. Instead, the game eases itself into that thin line of well-crafted puzzle gameplay, delivering mind-bending puzzles with enough variety to keep players hooked.

Indeed, it’s hard to find things to dislike with Hue. Even though some players may have grown a little tired of artistic puzzle platformers, Hue is one of the best around, and its quality is clear for all to see. There’s a level of sheer solidity to the game that is not always apparent in indie titles, and it’s obvious that the developers had a great idea, found out how best to implement it, and knew how far to push it without thinning out the overall quality of the final product.

This strength carries over into all parts of the game, too. The title’s art direction is great, starting with immobile greys and blacks that then explode into fluid color as the player adds more and more shades to their belt. The world of Hue is faintly unsettling, but underneath it all there is a vibrancy and sympathy and keeps the player relaxed, and this is visible everywhere from the environments through to the character models themselves, as sparse as they may be.

This bittersweet sense comes through in other ways as well, such as the game’s on-point maudlin piano score. Meanwhile, the narrative also matches the overall tone of the rest of the game, revolving around a boy searching for his mother after a science experiment gone wrong. The story does not overpower the gameplay of the title – which is the real draw with Hue – but instead gives the player just enough context to keep them immersed in the experience, much like fellow platformer darling Thomas Was Alone.

Perhaps Hue‘s greatest triumph is the way in which it teaches players how to play the game. The title’s learning curve, and balance of difficulty in general, is incredibly impressive, with an incremental growth of challenge that ranks as a near-perfect example of game design. New players will quickly grasp the initial kernel of gameplay, and by the end of the game users will be experts in solving the most complex puzzles the title has to offer.

This is completed through the steady introduction of new colors to the player’s skill set, each given by a mysterious robed figure. With each color comes a new gameplay mechanic, from crushing platforms akin to the Thwomps from Super Mario through to instakill lasers. Around halfway through the game, the player will have received all the colors available, but Hue will still continue to add new gameplay elements up until the final sections of the game, culminating in sprawling, multi-part puzzles that tax both the mind and the player’s reflexes. This, perhaps more than anything else, showcases exactly how well designed Hue is.

It’s this level of care and detail that truly sets Hue apart from its immediate peers. Everything in the game is carefully implemented, from its fluid animation to its smooth controls. The development team has even taken time to think about the way that its core gameplay could be accessible to all, and has included a mode of the game for colorblind players – a neat touch that will no doubt be very useful to some.

Hue does suffer from some of the issues that often crop up among independently-developed platformers of this ilk, and some may find issue with the amount of replayability involved. The main game clocks in at about four to six hours of playtime, but beyond that – much like standout games such as Limbo and Braid – there is little left to do except collect additional beakers scattered around the game world. These can be accessed when the player has a full roster of colors available, through puzzles that were previously inaccessible when the player was a blue or a yellow short, and does add an element of New Game Plus to the proceedings. Thankfully, players can traverse the game world through a map function, to stop from having to trawl through the whole game once more.

That said, Hue is a real blast while it lasts. It’s the kind of game that never strays far from the memory, and there’s a comfort to be found among the perplexing rooms of the title even after the puzzles have been solved for the first time. Hue is one of those games that just begs to be shared with others – a true indie gem that achieves nearly everything that it sets out to accomplish.

Hue is out now for PC, PS4, and Xbox One, with a release planned for PS Vita in future. Game Rant was provided with a PC code for the purposes of this review.