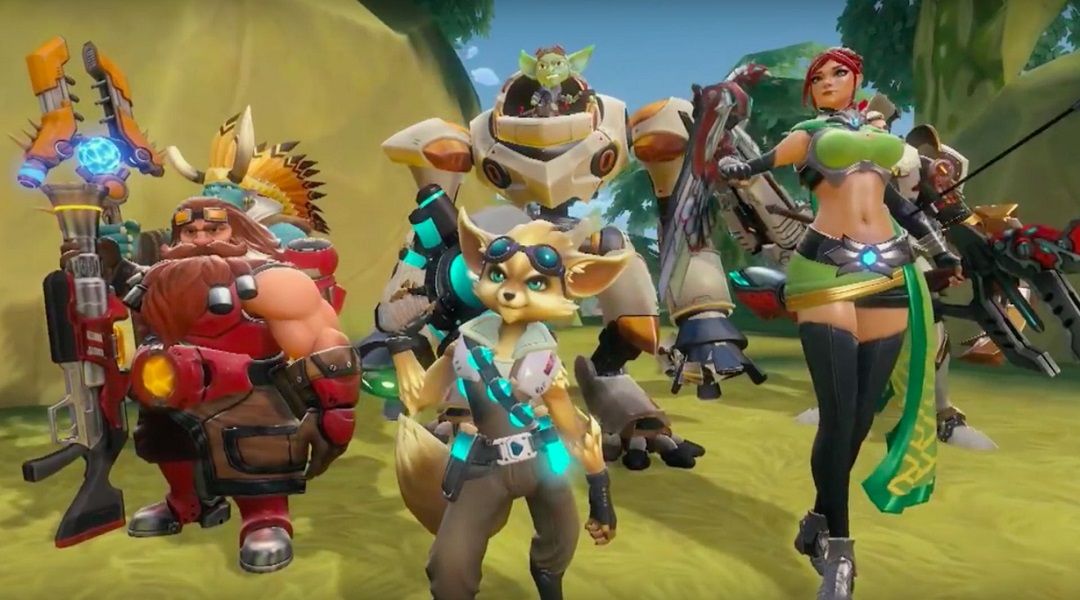 Is Paladins a Ripoff of Overwatch?

Hi-Rez Studios COO Todd Harris comes to the defense of his company’s game Paladins: Champions of the Realm, denying accusations that it is a clone of Overwatch.

Ever since Paladins: Champions of the Realm entered open beta on Steam on September 16th, the game has been accused of being a blatant ripoff of Blizzard’s popular hero-based shooter, Overwatch. The similarities between the two games are uncanny, and have resulted in numerous videos that compare the two projects to point out all the different ways Paladins has allegedly stolen from Overwatch. Hi-Rez Studios COO Todd Harris has come to the defense of Paladins, providing evidence that may suggest the copycatting was the other way around.

According to Harris, Overwatch did not inspire Paladins at all. On the contrary, the game’s development was fueled by the popularity of Team Fortress 2. To that end, Harris also claims that the various Paladins characters that seem to be copies of Overwatch heroes actually existed in Paladins well before they were announced for Blizzard’s shooter.

Furthermore, Harris states that Paladins itself grew up from a previous project from the company, a similar hero-based shooter called Global Agenda. Global Agenda released in 2010, whereas Overwatch was announced in 2014. Apparently, the bulk of hero abilities that are said to be pulled from Overwatch actually originated in Global Agenda from Hi-Rez Studios, with only six of these abilities showing up in Overwatch first.

As far as general character designs go, Harris says that there are some Overwatch heroes that appear to be directly based on Paladins characters. One specific character he has pointed out is Ruckus, a goblin in a mech that has flight and combat abilities strikingly similar to that of Overwatch‘s D.Va. If Harris is to be believed, Ruckus was developed as a character before Blizzard revealed D.Va to the gaming world at all.

Another feature from Overwatch that people have accused Paladins of stealing is its loot system. In Overwatch, players are rewarded with loot boxes at every level that contain new skins and other cosmetic items for players to customize the characters in the game. Paladins has an almost identical loot system, but as with the other similarities between Overwatch and Paladins, Harris claims that the chests in his game predate the feature being announced for Overwatch.

It’s hard to say whether or not Blizzard intentionally copied Paladins or if Paladins changed direction to be more similar to Overwatch. The evidence provided by Todd Harris, which suggests that Overwatch lifted at least some ideas from Paladins, is certainly compelling. However, it’s more than possible that the many similarities between the two hero shooters are just a matter of coincidence. Unless Blizzard issues a response to Hi-Rez Studios, we’ll likely never know for sure.

Overwatch is available now for PC, PS4, and Xbox One.