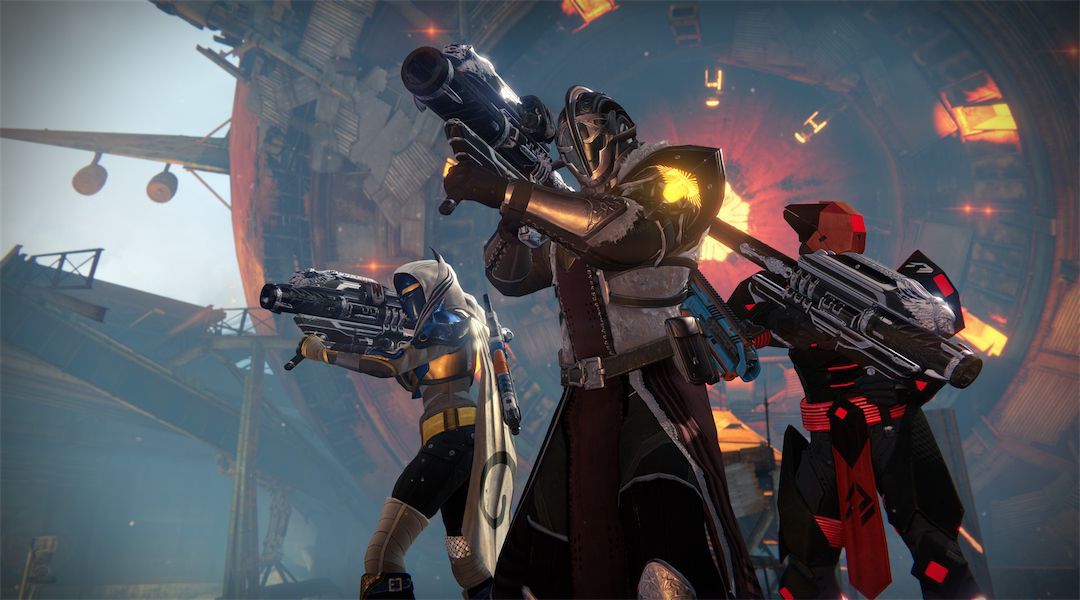 Destiny: Level 1 Player Tears It Up With Gjallarhorn

One Guardian at Level 1 uses the popular Iron Gjallarhorn rocket launcher in Destiny‘s latest expansion Rise of Iron to wreak absolute havoc upon enemies in the game.

With Destiny: Rise of Iron‘s new raid almost available, there are plenty of Guardians buffing up their characters and getting ready to take on the forthcoming challenges in the six-player adventure. Of course, not every fan of Bungie’s science fiction shooter is preparing themselves for Wrath of the Machine, as one player recently decided to spend their time seeing what it would be like for a Level 1 Guardian to wield the expansion’s Iron Gjallarhorn.

Interestingly enough, the YouTuber known as AlternateHanta discovered that Destiny: Rise of Iron‘s version of the Gjally doesn’t actually have a level requirement after being picked up from the Postmaster and it can be infused up to 350 as soon as it’s acquired. With that being the case, the player went on to transfer the weapon over to a bare bones Level 1 Guardian using the Destiny item manager and ends up wreaking absolute havoc on some Fallen enemies.

As seen in AlternateHanta’s video below, the Level 1 Guardian manages to not only survive against some Dregs and Vandals with the use of the Iron Gjallarhorn, melee attacks, and some light assault rifle blasts, but also does so with aplomb. Stick around toward the end of the footage to watch the YouTuber totally blast the Fallen baddies back into the Stone Age with the rocket launcher.

Of course, it’s strange to think that the Iron Gjallarhorn actually lacks a level requirement, as it won’t really help those new players who can use Year 3’s Spark of Light level system boost to get a new character up to level 40 instantly. Nevertheless, it’s safe to say that plenty of Destiny fans will consider it fun to watch such a potent piece of weaponry be utilized at the very beginning of the game in its opening mission.

Should there be Destiny players out there who have yet to actually obtain the Iron Gjallarhorn and want try it out in the same way that AlternateHanta did, we can offer them some assistance. If fans are struggling to get the rocket launcher, one can simply follow along with our handy guide to get the Year 3 weapon in the action-RPG’s latest expansion.

Beyond Destiny: Rise of Iron‘s Gjallarhorn, there are also plenty of other Exotic weapons to try out in the DLC, but it’s safe to presume that they can’t be utilized in the same vein of AlternateHanta’s exploits above. Even so, that’s not to say that they won’t be useful in the long run, especially when it comes to the Nemesis Star machine gun.

Destiny: Rise of Iron is available for PlayStation 4 and Xbox One.