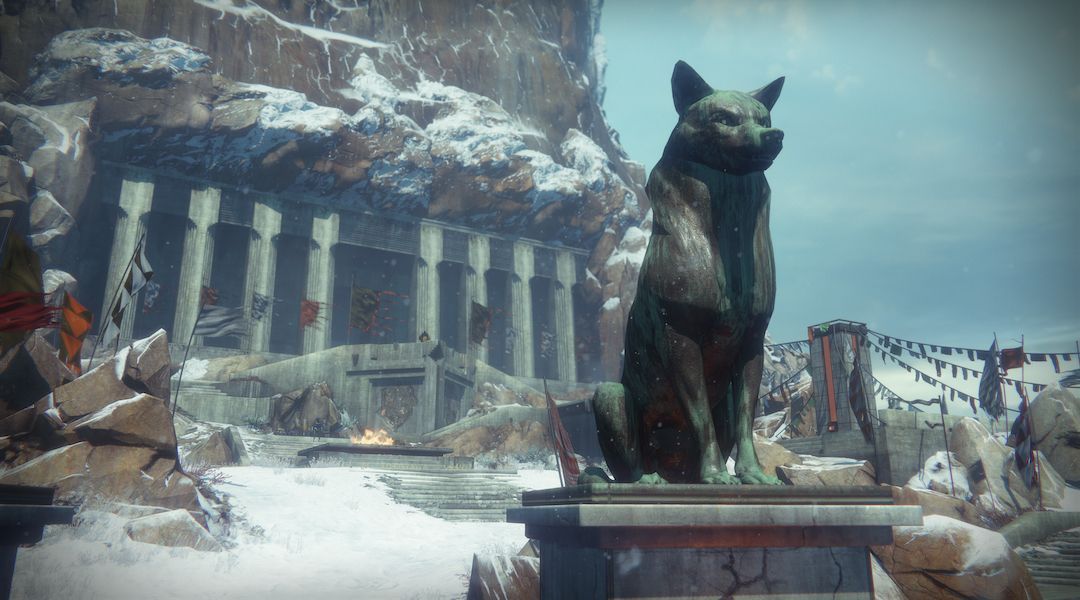 Fans discover a new item called an Isenfyre Token that does something very special when used in Destiny: Rise of Iron‘s new Felwinter Peak social space.

Destiny: Rise of Iron has been out for a week, and players are still unlocking the Destiny expansion’s mysteries and secrets. While there is a mysterious ARG occurring outside of the game itself, in the game, players have finally discovered how to get through the locked doors across the bridge in Felwinter Peak, the game’s new social space. And it has to do with a new item called an Isenfyre Token.

The Isenfyre Token drops from the final boss in the Wrath of the Machine raid. If players take that item back to the new Felwinter Peak social space and go to the fire burning in the main courtyard, a new prompt will appear: “Present Isenfyre Token.”

When players hit the button to interact and present the token, the fire ignites bigger and then sends their Guardian high up into the air and across the bridge to the tower across the bridge. Right in front of players when they land will be a Dormant SIVA Cluster to collect.

Players can also drop down off the tower and explore that side of Felwinter Peak, which was featured in the first story mission of the Rise of Iron expansion. To get back to Felwinter Peak proper and the Iron Temple, the big doors that are normally locked will open.

Bungie had mentioned that there was a way to open those doors, but it wasn’t until now that fans were able to figure out how to do so. This is just one more secret in Destiny’s new social space, the other two so far being the jumping puzzle up the mountain and the secret trophy/achievement earned by ringing the bells within the Iron Temple in sequence of the Rise of Iron theme music.

Be sure to check out Game Rant’s weekly reset guide to get all the details on the Nightfall and all the other new activities in Rise of Iron.

Fans continue to await news for the return of Iron Banner (which will include new bounties and changes) and Trials of Osiris, as well as announcement of when the Hard Mode version of the new raid will go live.