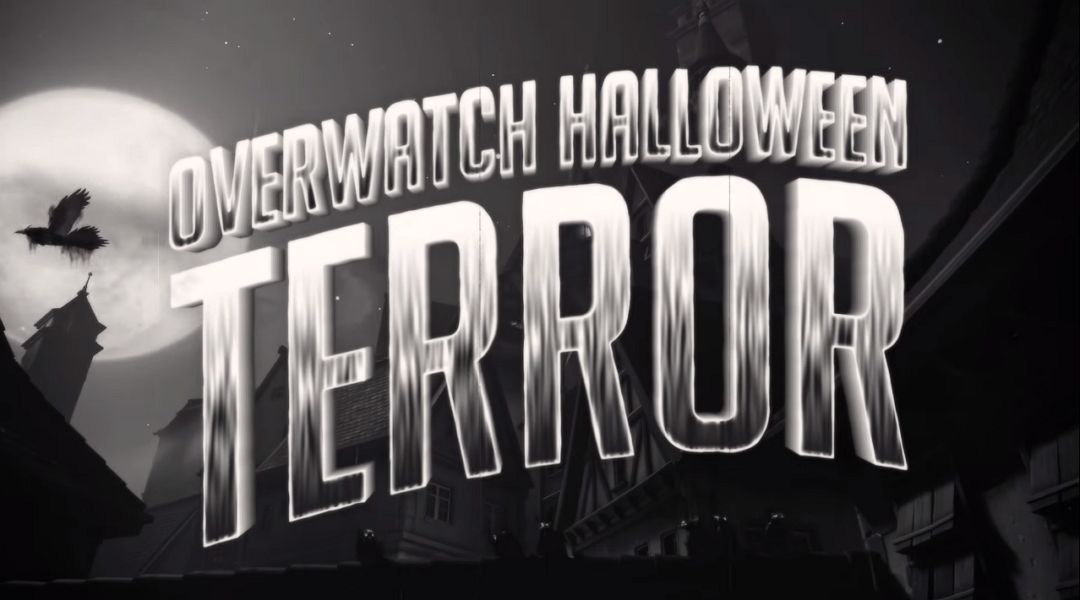 Overwatch‘s next official seasonal event, Halloween Terror, is launching today and includes an assortment of new cosmetics as well as a cooperative Brawl mode.

As last night’s leak teased, Overwatch‘s next big seasonal event has officially launched. Overwatch‘s Halloween Terror is available now and will last throughout the rest of October, ending after the witching hour on All Hallow’s Eve – November 1. For the next 20 days though, players will have the privilege of earning new cosmetics from the limited time jack-o-lantern Loot Boxes, or participating in the special Junkenstein’s Revenge co-op Brawl.

Accompanying Overwatch Halloween Terror’s launch is an all new digital comic titled, “Junkenstein.” The spooky comic sets the terrifying tone of the event, while also setting the stage for the event’s Brawl and its assorted cosmetic rewards:

“…this terrifying tale follows Dr. Jamison Junkenstein, an inventor and scientist who was once employed by the Lord of Adlersbrunn. Junkenstein’s dream was to create artificial life, but the Lord of Adlersbrunn mocked the scientist and his creations, calling him a fool and dismissing him from service. Slighted, Junkenstein vowed to prove the lord wrong, and when an unexpected visitor showed up and offered the key to perfecting his creation, Junkenstein’s Monster was born.”

Overwatch Halloween Terror is available to download now for all Overwatch players as a free patch. The Junkenstein’s Revenge Brawl can be played and the limited-time Loot Boxes can start being earned immediately. In fact, Blizzard’s even giving out one free Loot Box to all players as a special treat.

What exactly is this all new Junkenstein’s Revenge Brawl, then? It’s Overwatch‘s first entirely cooperative Brawl mode. Four players will join forces as waves of undead forces, the army of Dr. Junkenstein, try to break down the gates of Dr. Adlersbrunn’s castle. The four players must choose from Alchemist Ana, Archer Hanzo, Gunslinger McCree, and Soldier 76 with only one of each character per team. It’s the Left 4 Dead/Horde Mode version of Overwatch that no one’s realized they wanted until now.

New cosmetics are always a welcomed additional to Overwatch and the Halloween event is not going to disappoint. Over 100 new cosmetics, from legendary skins to icons, are available for the duration of the event. Yes, like the Summer Games event the cosmetics will only be available until Halloween Terror ends. Unlike the Summer Games, however, Blizzard is allowing players to buy the cosmetics with in-game currency. They cost 3 times their normal price, but it’s a compromise Blizzard made at the Overwatch community’s request – win/win?

Overwatch is currently available on PC, PlayStation 4 and Xbox One and the Overwatch Halloween Terror event is live on all platforms.

Note: There have been some technical issues with the event’s launch. Halloween Loot Boxes can still be earned on PS4 and Xbox One, but they won’t be able to be bought with real money until tomorrow. Also, leaderboards across all platforms are currently down due to a bug. Hopefully Blizzard will have everything running smoothly soon.