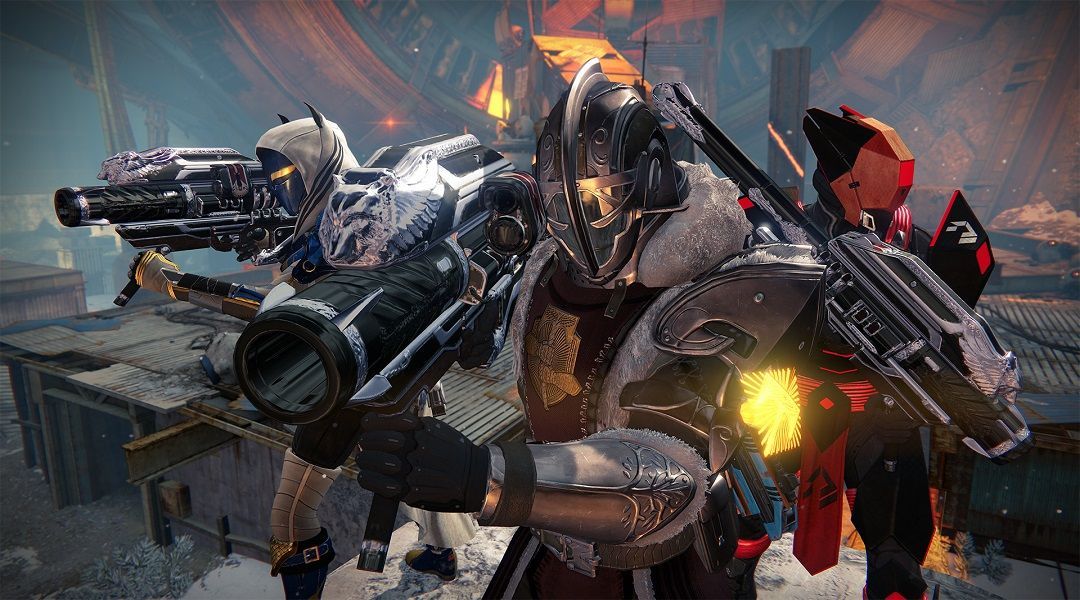 Destiny: Rise of Iron starts up another new week of content for players with the weekly playlist reset and here is everything that you’ll need to know about what’s new.

Another week has finally arrived and that means the world of Destiny has been reset and restocked with fresh content and quests. It’s been quite a busy road since the Rise of Iron expansion arrived last month and according to Bungie, the developer has even more content up their sleeves to keep the community going well into the winter. Already, fans have heard that challenge mode is soon be coming to Wrath of the Machine and Sparrow League Racing makes its return later this year, but outside of that, Bungie is keeping quiet.

Almost each week has seen new content added to the game, such as the maximum light update to 400 and the arrival of the Heroic mode for the Wrath of the Machine raid. Things don’t stop there though as fans are once again in for a special treat this week as Halloween arrives early to Destiny with the Festival of the Lost special event.

Before starting trick or treating early however, here are all of the new playlists, bounties, and everything else Guardians need to know with Destiny for this week.

As mentioned above, the annual Festival of the Lost celebration has finally begun, encouraging all players to grab some candy and acquire fancy new masks. In addition to an all new quest line to complete, Bungie has upped the ante even further this year by not only updating many of the older masks from last years event, but adding brand new ones as well, many of which have some sort of audio or visual effect.

Players looking for rewards that are a little more meaningful will definitely find them here as well including all kinds of Festival of the Lost specific gear such as new emotes, a Sparrow and Ghost Shell, and different shaders like Superblack or Candlelight. The popular exotic pulse rifle Bad JuJu has also gotten an update and now allows further customization through the Dragonsbane and Hoodoom ornaments.

However, the biggest question on many Guardians minds just might be whether or not the curmudgeon that typically is Eris Morn will be handing out those ascendant raisins again this year.

This week in the Nightfall, players are sent back to the Dreadnaught in the Rings of Saturn to face off against Aluk-Hul, The Darkblade.  Another new strike introduced last year in The Taken King expansion, The Sunless Cell pits Guardians against waves of Taken and Hive before arriving at the final stop in a dark chamber home to The Darkblade.

Making things more difficult than a dark room and an angry Hive champion, is the fact that both normal and cursed Thrall constantly join in the fight requiring that players not only keep tabs on Aluk-Hul, but keep an eye out for exploding enemies. Thankfully, we’ve managed to simplify this strike for players, so make sure to check out our guide on wrapping this mission up quickly and efficiently.

The following modifiers have been added to the strike to make life more difficult for players: Epic, Brawler, Chaff, Match Game, and Exposure.

Don’t forget that in addition to being a great source of great rewards, players can earn one Radiant Treasure from the SIVA Heroic Strike Playlist per week. Not only are these treasures the best place to potentially unlock weapon ornaments but players will score some Silver Dust as well, which have also recently gotten an update. The SIVA Crisis playlist is also a solid way to find rare Skeleton Keys which have a chance to drop after a boss is killed.

Fans of player versus player action will want to stop by the Crucible this week, as the new weekly playlist is Combined Arms.

Longtime players may remember this playlist which for some reason was taken out of rotation for a while and was just reintroduced a couple of weeks ago. Traditionally similar to control, Combined Arms features only the biggest maps in Destiny so that players can take advantage of vehicles that are scattered around the map as well.

While Felwinter Peak is a great location to visit each week anyway, it’s doubly so today as the Festival of the Lost has also arrived on the mountain top. Between hunting down new masks, make sure to visit Tyra Karn who has a new Artifacts of the Iron Lords quest available. By now, players should be well aware that finishing this simple quest grants a token which can be redeemed for one of three artifacts. This week, players can pick from Memory of Skorri, Memory of Radegast, and Memory of Gheleon.

Before leaving Felwinter, don’t forget to visit the Vanguard scout Shiro-4, who has his usual four weekly Iron Lord bounties available ready for guardians. This week, players can obtain Anti-Splicer, Stay Down, Archon’s Forge: Servitors, and Archon’s Forge: Vandals. Keep in mind, finishing these bounties gives a chance of starting the new exotic quest for Thorn.

Lord Shaxx is also worth players time in the Tower as the Crucible handler is pushing Guardians into Supremacy this week with the A Hunt for Glory Crucible bounty. In order to earn the Nightfall tier rewards this week, players need to finish seven supremacy matches, get 50 kills with a primary weapon, capture 30 kill credits, and deny 20 crests from the other team.

Last but certainly not least comes Variks and his Prison of Elders. After nabbing his weekly set of bounties, Guardians in need of Sterling Treasure will want to battle it out inside the level 41 Prison of Elders to claim their weekly offering filled with either Spektar or Desolate gear, chroma, and reputation boosts.

This week, players face a Fallen Servitor, the Cabal boss Val Aru’un, and a Vex Overmind Minotaur. Players working on the Elder’s Sigil in the Challenge of the Elders, the modifiers for this week are: Brawler, Juggler, and a bonus is given for Super Kills.

Enjoy the masks this week and happy hunting, Guardians!