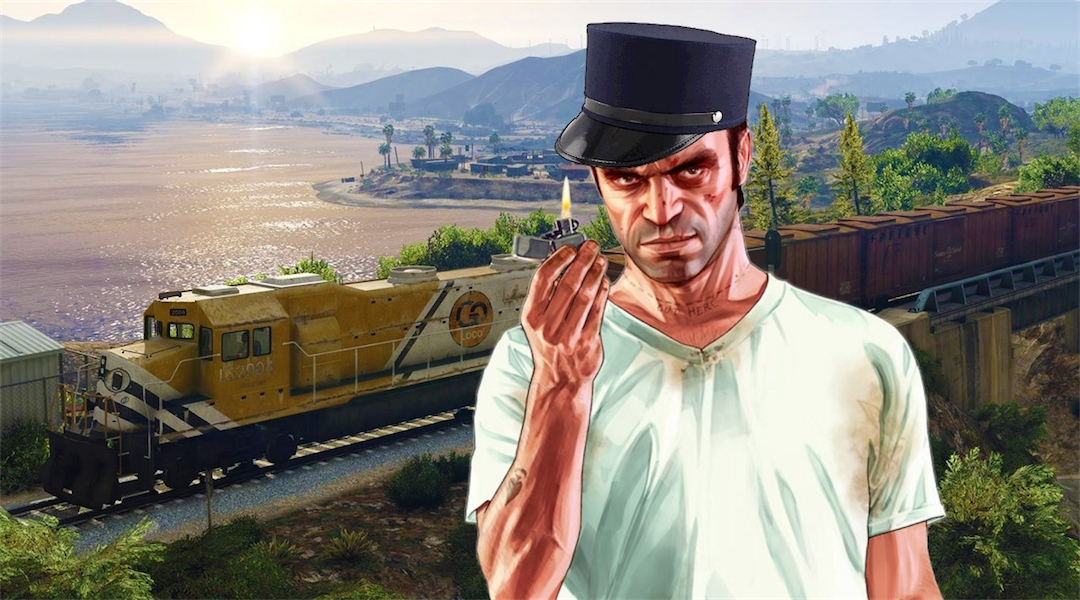 One curious modder for Grand Theft Auto 5 pits 100 tanks against a single train in Rockstar Games’ open world title to see if the locomotive is stoppable.

As many gaming fans will attest, the world of Grand Theft Auto 5 has spawned its fair share of oddities and mysteries in the base game alone, such as a lot of players’ obsession with blowing up the Land Act Dam in Los Santos in an attempt to flood the city. Of course, when one adds mods into the mix, the bizarre nature of Rockstar Games’ popular open world title gets even more peculiar, like with YouTuber NoughtPointFourLIVE’s creation that pits 100 tanks against the title’s train to see if it can be stopped.

As seen in the video from NoughtPointFourLIVE below, the YouTuber begins the Grand Theft Auto 5 challenge by starting out at Paleto Bay on the tracks and explaining how the tanks will be set up against the train. In order to set the situation up, the modder manually places 100 individual tanks in a straight row all the way through two separate tunnels and across a bridge as a test to determine whether or not they can derail the train by simply being stationary.

After NoughtPointFourLIVE puts all of the tanks into place, the YouTuber experiences two interesting results. Firstly, during the initial trial, once the train ramps up into full gear and starts plowing through the tanks, his Grand Theft Auto 5 game seizes up and crashes due to the high amount of activity. Interestingly enough, once he sets the test into motion once more, it’s determined that even though there are 100 separate armored tanks set up against the train, the locomotive cannot be stopped, as it sends them crashing into one another and flying through the air.

Although NoughtPointFourLIVE is unable to derail Grand Theft Auto 5‘s train using tanks, the YouTuber promises to think of alternatives to see if he can complete the task. With this being the case, perhaps he can use the Galaxy Note 7 sticky bomb mod and blow it completely off of the tracks with the parody version of Samsung’s now-defunct phones.

Naturally, this is far from the first instance of Grand Theft Auto 5 players attempting weird feats to test the game’s physics with the use of tanks. As a matter of fact, another YouTuber under the handle of BlackSmokeBilly made an over-the-top tank stunt getaway video in the game that rivals any Hollywood action film currently on the market.

Taking all of this into consideration, it’s safe to say that the Grand Theft Auto 5 community is alive and well, even though Rockstar Games’ title has been available for over three years now. So, until the developer releases its next project with Red Dead Redemption 2, we will more than likely continue to see fans focusing on GTA 5 with attempts to pull off more zany feats by using mods within the title.