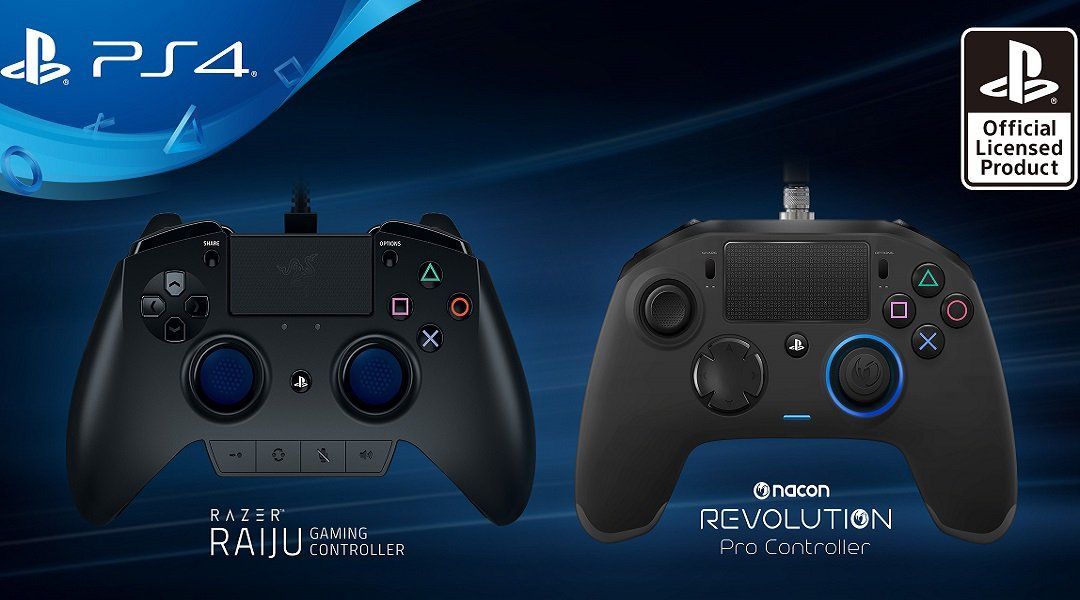 Sony officially unveils that it has contracted two third-party manufacturers to produce “elite” high performance PS4 controllers due out later this year.

Although the distinction is essentially invalid these days, it wasn’t too long ago that video games had a very clear divide between those who considered themselves dedicated gamers and those who enjoyed titles more casually. Modern gaming has embraced a more inclusive approach to both console and game development, and the result has been a dramatic drop-off in “pro” gaming peripherals for the current generation of consoles. Still, niche offerings like the Xbox One Elite Controller have found surprising traction with gamers, and companies might be considering catering to hardcore audiences once more.

A return to high-performance console peripherals certainly seems likely now – while the Xbox One might have had the first official “elite” controller, Sony is firing back with a similar offering on its PS4. The company officially announced that it is working in conjunction with Razer and Nacon to develop two different “pro controllers” for the PS4, with both offerings slated to become available in time for the 2016 holiday season, at least for European gamers – Sony and its partners have yet to announce when, or even if, the controllers will be made available in North America.

The announcement from Sony states that the company has worked closely with peripheral manufacturers Razer and Nacon to develop DualShock 4 alternatives rather than simply creating a higher quality version of the standard DualShock 4 design. Judging from photos of both controllers, they are a drastic departure from the classic PlayStation approach, and more closely mimic the Xbox One’s controllers in terms of layout and aesthetic.

Sony also noted that both controllers will work with any version of the PS4, a statement that makes a lot of sense given that many of the people who decide to upgrade to the PlayStation 4 Pro later this year are likely the sort of consumer who would also be interested in a high-performance controller. Those interested in the controllers are also able to join either Razer or Nacon’s mailing lists and be notified about any further announcements – including the exact release date once that information is made public.

It’s an interesting announcement from Sony that is sure to appeal to the PS4’s more hardcore fanbase, but the current of this announcement also runs much deeper. When PlayStation president Andrew House stated earlier this year that he fully expected the PS4 Pro to stop gamers from switching to PC, it sounded a little bizarre. However, it’s clearly something that Sony, as a company, believes in wholeheartedly – the new high performance controllers won’t be cheap, and they appeal to the exact sort of playerbase that wouldn’t hesitate to game on a PC if they felt it was the strongest option.

The Razer and Nacon PS4 pro controllers are slated to be released later this year in Europe. There is currently no information available regarding a North American release.