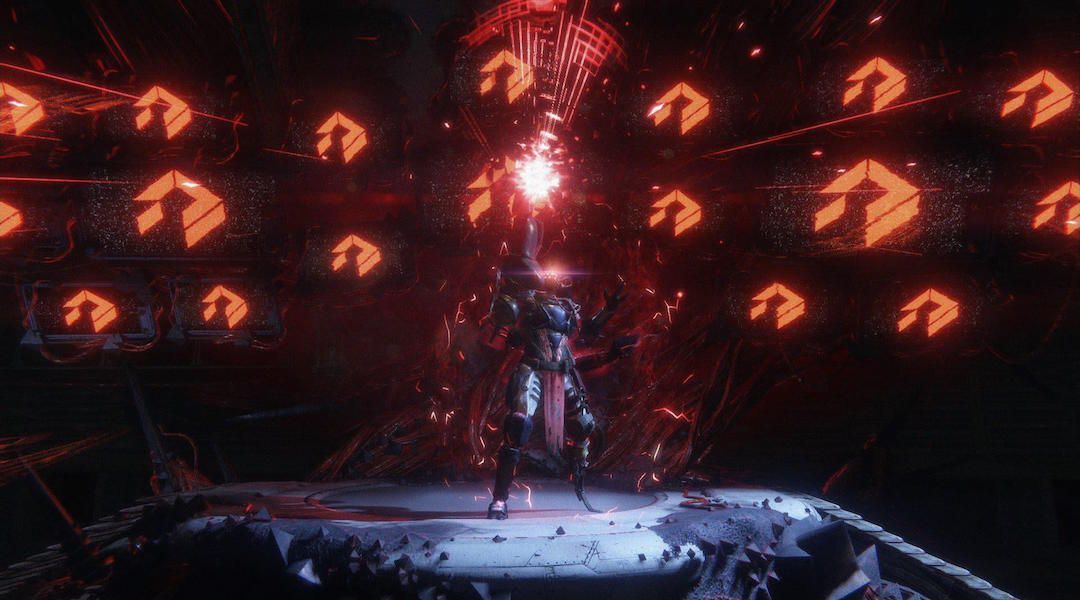 [UPDATE: Shortly after this post went live players began completing the Vosik challenge. To do so, the fireteam must activate both clean rooms when SIVA Density hits critical mass, and they must use the SIVA charges to activate the rooms.]

As a surprise release for Destiny players, Bungie has turned on the first challenge mode for the Wrath of the Machine raid: the Vosik challenge. Right now players are still trying to figure out what completes the challenge, and, in turn, unlocks special rewards, but any who want to participate in the mystery solving are welcome to do so.

While most would have expected Bungie to announce the challenge mode ahead of time, the Destiny developer has decided to focus on surprises as of late. The studio did the same thing with last weekend’s Trials of Osiris event, which launched without radar or revive capabilities as a new type of twist on the mode.

Of course, no one would have expected Bungie to outright explain how to complete the Vosik challenge; that’s part of the fun of these challenge modes. Curiously enough, though, nobody is able to figure out what the challenge mode could be.

Thus far, fireteams have tried different variations on throwing the SIVA charges and using the different clean rooms, and thus far nothing has seemed to work. This could be Bungie’s response to the challenge modes in King’s Fall, which many deemed “too easy” to complete and not really a challenge.

If players do decide they want to get in on solving challenge mode it’s important to keep in mind that the objectives can be completed in both normal and heroic mode versions of the raid. That means any additional mechanics added for heroic mode cannot be a part of the challenge. For example, the key to solving it cannot be throwing all six bombs, because normal mode only has three.

Now that we know the challenge mode cycle is live in Destiny, players should anticipate more reasons to jump back into the raid in the future. Data mining has suggested that only the Aksis boss fight has a challenge mode, but there’s no guarantee that is correct. It’s entirely possible the Siege Machine encounter also has some sort of challenge mode, but confirmation was hidden from data miners.

As far as what the challenge mode rewards are; that is also a mystery. There are two unclaimed Rise of Iron emblems in the kiosk so those seem like worthy candidates, and most Destiny players also believe the raid armor ornaments will also come from the challenge mode chest. But what about the gear? Do the chests offer guaranteed 400 light level items or is it just another guaranteed drop? We will have to wait and see.