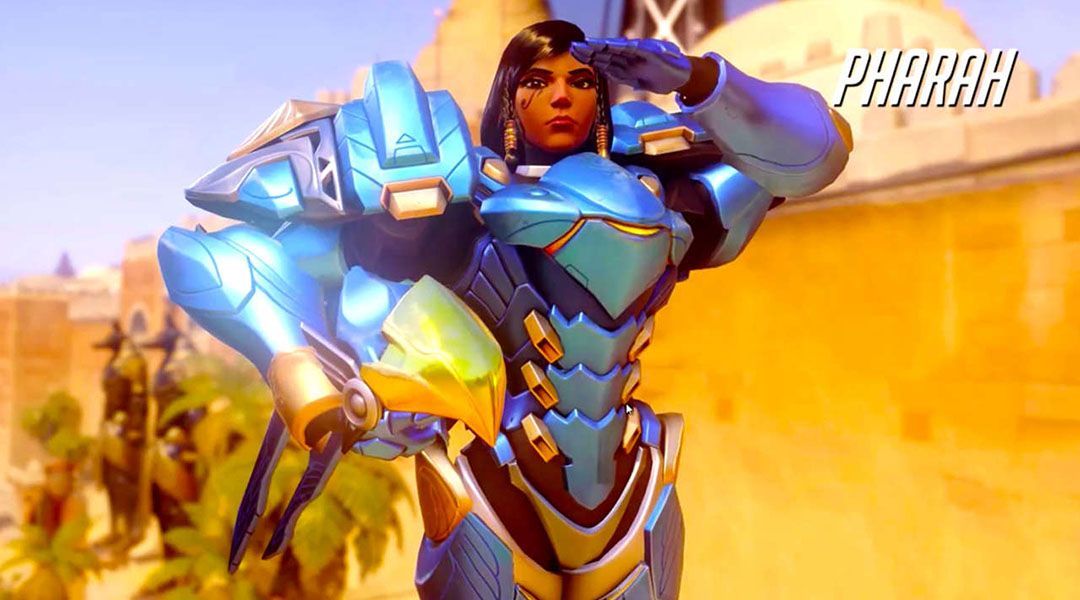 The latest Overwatch PTR update adds in a ton of new content including Sombra, but Pharah players also discover that another new buff may help the character to fly forever.

It has been a busy week for the Overwatch team at Blizzard as the annual BlizzCon event revealed a ton of new information for the incredibly popular shooter. Not only did fans finally get to see the long rumored character Sombra, but a wealth of changes and new game modes were also revealed and made playable on the PC Public Test Server as well. Blizzard doesn’t appear to be quite done tinkering as more hero balancing has been done thanks to the recent patch notes for the PTR.

While most people will be focused on Sombra and the new content, principle designer Jeff Goodman provided a list of balance changes to the existing roster of characters as well. Pharah, the rocket shooting, mech-suit wearing offensive type, recieved a 35% boost to her hover ability. On paper this change seems small, but in actuality it is proving to be a significant upgrade.

With this new buff, players are quickly discovering that the character is now able to fly around without ever having to touch the ground. Once airborne, players can take to the skies with jump jet, then continue tapping the hover jets to regain a bit of fuel to stay in the air. Doing this should keep players up in the air long enough for the cooldown to come off of the jump jets ability to restart the entire process again.

Considering that this interesting change is available on the testing server, Blizzard has not stated whether or not it plans to keep this buff in place on the live servers. It seems like the final call will largely be made based on player feedback.

While it wasn’t always smooth sailing in terms of keeping the community engaged with all of the Sombra hints and ARGs over the past few months, the character and content were received very warmly by the fan base. In addition to the new hacker, Blizzard is adding a brand new Arcade playlist into the game which features a host of modes including 3v3 Elimination, 1v1, a brawl playlist and more.

Blizzard also took the opportunity to announce Overwatch League, an eSports style organization which is attempting to emulate sports leagues like the NBA or NFL where various Overwatch teams based out of specific cities compete against other teams. While many of the details are still being ironed out, Blizzard is planning for its players to receive a minimum based salary and other benefits such as healthcare. With an announcement like this, it’s clear that Overwatch looks to have a bright future.

What do you think of the latest PTR changes? Would you like to see this change to Pharah stay? Let us know you’re thoughts below.

Overwatch is available now on Xbox One, PlayStation 4, and PC.