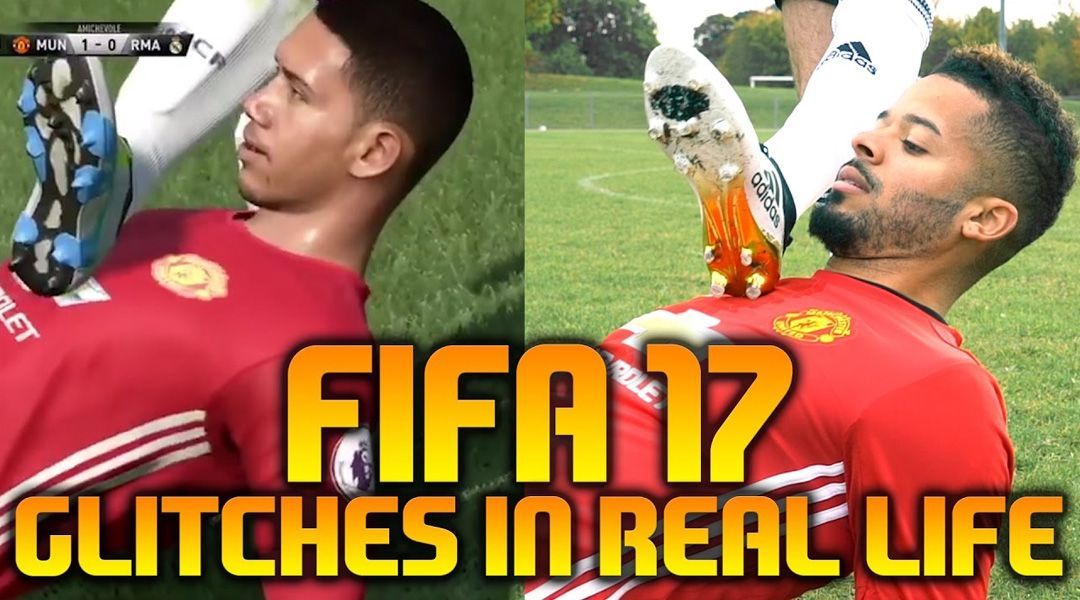 Fans of FIFA 17 banded together to recreate glitches from the game in real life, resulting in an absurd video with many twitches, invisible players, and several dabs.

FIFA 17 is chock full of noteworthy moments, whether they’re from the series-first story mode with Alex Hunter or the moment a player realizes they can actually dab in the game. EA Sports made plenty of changes to the formula for this annually released title, but all that maintenance means that FIFA 17 was due to have some glitches hidden in the darkness. Now that the FIFA franchise has switched over to the Frostbite engine, most of those glitches seem to be related to how physics should work and players behave – and that means when it glitches, the results are often borderline ridiculous.

A YouTube channel called F2Freestylers has created a montage where football fans recreated these FIFA 17 glitches in real life, and the results speak for themselves. Football fans can take a gander at the video below, though anyone watching should put down their drink before the video kicks off:

Each rendition of the FIFA series has its fair share of bugs, which are truthfully a rare part of the FIFA experience. We found this year’s FIFA 17 to be a stellar product that breathed a much needed breath of fresh air into the annualized series, although that’s not to say a goalkeeper might dance his way out of the net during a penalty kick. We have to admit, too, that Invisible Man-style referees might be able to catch more fouls than the typical PGMOL referee.

The video isn’t entirely just glitches, though, as it takes time to make fun of the some of the brutally awkward interactions between Alex Hunter and his mate Gareth walker, or perform a perfect one-for-one creation of an overzealous dab celebration after a shamelessly simple goal. Those who play in any of the game’s online modes will feel a sense of deja vu, as players there often celebrate each goal like a World Cup final.

While EA has made fun of some of their own glitches with videos in the past, this year actually featured NBA 2K17 making fun of a six year old glitch from EA’s ill-fated NBA Elite. No news yet on if their main footy rival, Pro Evolution Soccer, will throw a shuffling goalkeeper celebration into the mix.

What did you think about the above FIFA 17 real life glitch compilation, Ranters?