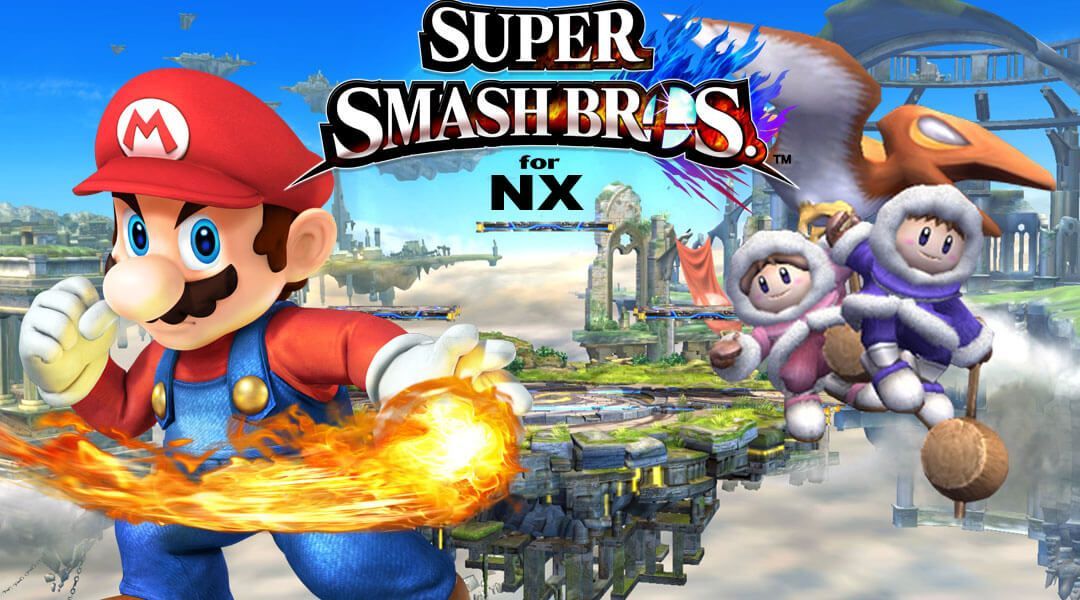 How Nintendo Should Handle Smash Bros. on NX

In the wake of news pertaining to the final DLC for the ever-popular Super Smash Bros. for Wii U/3DS, one editor gives his take on the next core installment.

As one of the biggest franchises at Nintendo’s disposal, Super Smash Bros. has set itself up as the de facto video game for the biggest crossovers in the industry. With what has undeniably become the most diverse roster of gaming icons in history, it comes as no surprise that fans were eagerly talking about and playing the games well after their respective launch dates. Now, with DLC coming to an end and a brand new console on the horizon, I’ve started wondering just how Nintendo will go about topping the latest iteration.

The reality is, with a roster wrapping up at a whopping 58 fighters, there is nowhere for a new entry to go but down. Given the standard development time allotted for the game, with development usually kicking off at about 2 years out from launch, there simply isn’t enough time to completely rebuild the fighting game with all of the currently included characters. Instead, with mass production for the NX allegedly set to kick off at the end of Q1 2016, the only logical thing to do would be port Super Smash Bros. for Wii U/3DS to the forthcoming platform.

It’s evident that Nintendo is far from done with the franchise given how well the titles sold across both the 3DS and Wii U platforms. Despite claims of uncertainty regarding future iterations from the series’ creator, Masahiro Sakurai, more games will inevitably happen. That said, the existing installment has garnered so much excitement over the years that it’s safe to say that fans aren’t willing to say their goodbyes to it just yet. It’s for this reason that a port seems the most likely, especially considering that the aforementioned Wii U looks as if it won’t be afforded a full life cycle as a result of its less-than-stellar sales.

So, how would the house of Mario handle repurposing and reselling a port of the latest Smash? It’s quite simple, actually. Including all of the followup DLC is understandably a given, making the final package’s rights issues for late additions like Cloud Strife and Bayonetta a much easier task in and of itself when it comes time to sit down at the bargaining table. Plus, the loyal followers that have been grabbing every minute offering of content won’t be met with a third platform to buy the current set of additional add-ons on – giving them a definitive edition of the fan-favorite fighter in the process.

While having all of the content in one, convenient package is sure to appeal to any diehard fans, there has to be a real reason for passive consumers to upgrade as well. The thought of buying into the same game for the third time isn’t all that enthralling, but adding in a handful of additional incentives makes it a much more alluring piece of software. The immediately obvious thing: bring back the Ice Climbers. It’s well-documented that the fan-favorite duo were up and running on the Wii U version before being axed as a result of their inability to operate properly on the underpowered 3DS. With the NX, presumably, being a more powerful piece of hardware, bringing them back will be an immediate draw for dedicate Smashers.

Having one or two veterans return in the port will immediately get the fan base talking (with Ice Climbers being a clear-cut favorite that have already had some work put into them), and throwing in a few new and previously 3DS-exclusive stages certainly wouldn’t be a poor choice either. Of course, a newcomer is always something that turns heads, and in the wake of the now shuttered Smash Ballot there’s little doubt that the Big N knows exactly which mascots are the most desired amongst the most dedicated of fans. We have a few ideas of who we’d like to see, but the likes of Corrin have been enough to keep us on our toes when it comes down to speculation.

What’s going to keep gamers engaged, however, is post-launch support in a very similar fashion to what’s been made available thus far. Continuously releasing a string of additional fighters over the weeks and months following the port’s release mimics a similar strategy to Killer Instinct or Street Fighter V, and it’ll keep fans spending money for as long as Ninty is willing to crank out content. It’s an easy way to continue making moolah and it requires minimal staffing to keep afloat, making it an ideal situation for an excitable audience that’s keen on seeing as many crossovers as possible.

Competitive fans hoping for GameCube controller support won’t be left hanging either, as the adapter that allows just that compatibility on the Wii U plugs directly into a USB port – something that the Nintendo NX is very likely to have. Add in some way to scan the currently available amiibo for the fighting game, and players will be able to import their sparring partners with relative ease. Better yet, it makes room for additional amiibo releases through every newcomer/scrapped veteran that joins the fray down the line.

Finally, it can help stack the launch lineup of the new platform. If Super Smash Bros. for Nintendo NX is one of even a handful of other titles, one of which could possibly be Pikmin 4, then gamers will understandably be more enticed to grab the new platform on day one. With development on DLC fighters wrapping up this February with both Bayonetta and Corrin, it’s far from out of the question that a version would be up and running on the hardware in time for the NX’s launch window. All that would be left following that are the window dressings in the form of any additional combatants and battlegrounds.

It’s inevitable that Smash Bros. will continue, but waiting years to see a New Challenger Approaching video doesn’t benefit anyone. Instead, the system in place appears to have been lucrative from the perspectives of both the ever-present fan base and Nintendo, and this seems like the best route to take for those willing to build on the existing experience rather than lose some fighters and content in the transition to new hardware.