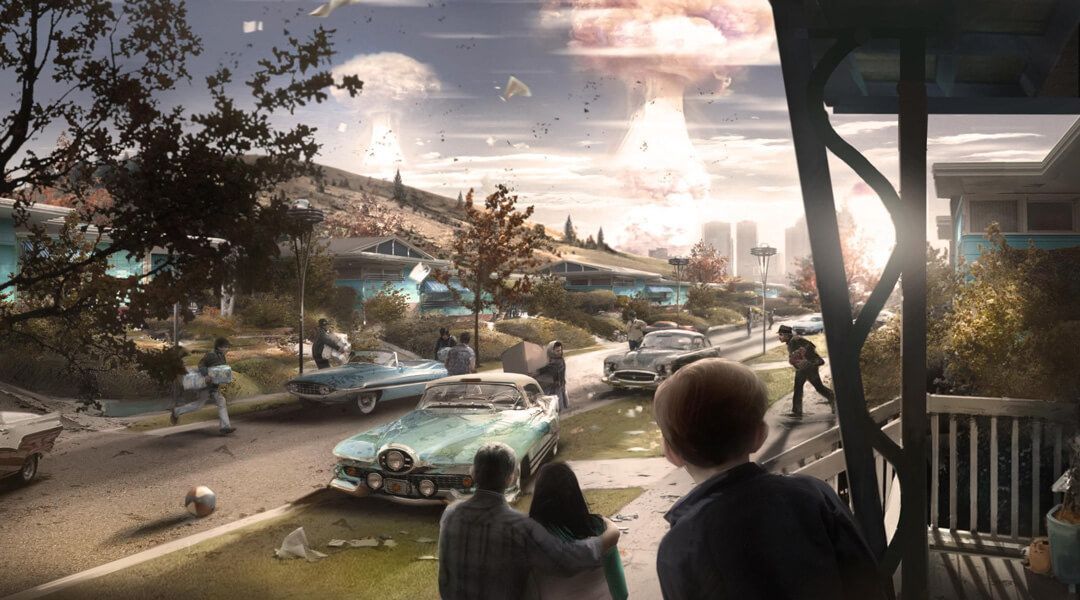 A Fallout 4 fan has created an impressive music video made from clips of gameplay and an old 1950’s hit song by Betty Hutton called ‘It’s Oh So Quiet’.

Fallout 4 often brings a nostalgic, old-world feel to gamers thanks to its 1950’s-style culture and vintage design, despite the futuristic technology often at play. Thanks to the unique retro-future setting, Bethesda was able to put in a lot of real-life 1950’s era music into Fallout 4, and the songs help establish a lot of credibility to the setting. From the catchy Atom Bomb Baby to songs from previous Fallout titles, there’s a growing library of vintage music for gamers to listen to via their Pip-Boy.

A YouTuber named ‘YouAreYourOwnHat’ created a Fallout 4 music video revolving around a hit 1950’s song that carried plenty of star power back in the day, and we have to say that the video really brings an authentic Fallout-feeling vibe. Fans have made musical content for Fallout 4 before, most notably when someone recreated the main theme using in-game powered speakers. This time, however, some out-of-the-game editing was required.

The video’s creator was a large fan of Betty Hutton’s 1951 hit, “It’s Oh So Quiet”, and was expecting Fallout 4 to include the song in some capacity. After finding out that the game didn’t feature the song at all, he took it into his own hands and decided to create an entire music video featuring the song. Impressively, he only used Windows Movie Maker and Nvida Shadowplay to make it, proving you don’t always need industry-standard tools to put out a catchy video:

It’s the most deathclaw-intensive video since we saw 30,000 of them roar into combat earlier this week, and thankfully the vocals of Betty Hutton are much easier on the ears than the screams of deathclaw victims. Some of the scenes are a little bit literal for our taste (a falling suit of power armor to the lyric ‘falling in love’, for instance), but overall the quality of the music video is very good!

The video’s creator gives credit to a few modifications which are featured in the video, including the lowered weapons and darker nights modifications. They’re nice touches that make the world of Fallout 4 a more realistic place, and we heartily recommend other modifications that do the same. PC gamers should try out the weapon rack modification so they can visibly show off weapons they don’t want to carry, or the craftable ammunition mod to really enhance the crafting-focused gameplay that Bethesda brought to the table.

We have to reciprocate the YouTuber’s thoughts on the song, which absolutely sounds like it would fit perfectly into the world of Fallout.

Gamers who don’t get the game for Christmas should probably keep an eye out during the Steam Winter Sale, which often features the year’s biggest discounts. Even the in-game Fallout world celebrates the holidays, so it only makes sense that the game itself will probably go on sale, too.

Fallout 4 is currently available for PC, Xbox One, and PlayStation 4.