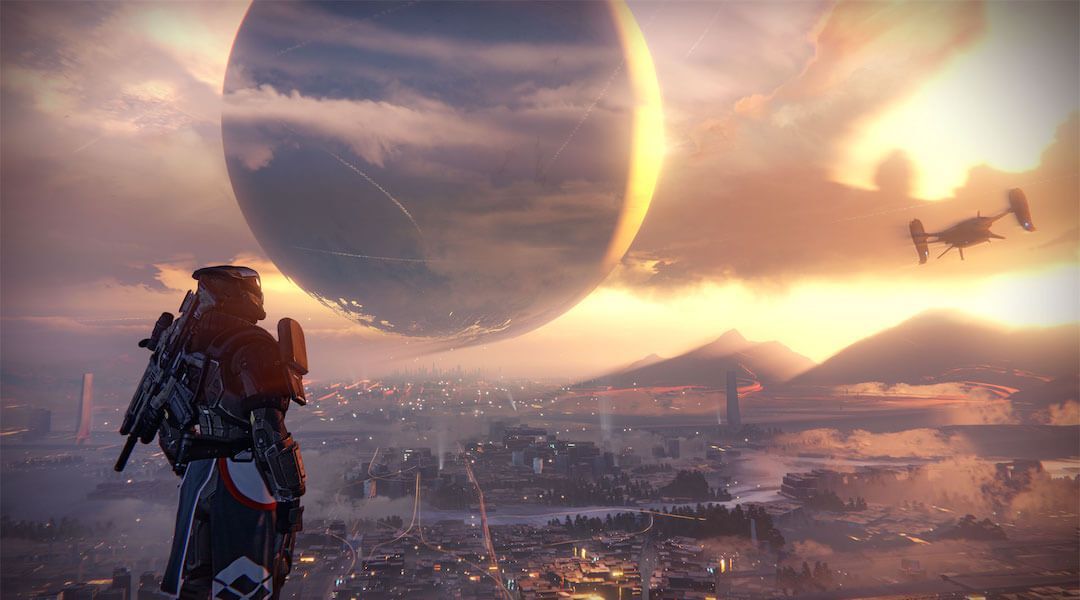 A Destiny fan cuts together footage from trailers and cutscenes from the game’s history to create an amazing look back at the sci-fi shooter and the journey of longtime players.

The Destiny community is no stranger to awesome fan creations inspired by the game and universe of Destiny. From trailer mashups to incredible fan art, there seems to be no shortage of extra creations to enjoy as a fan of the franchise.

A new fan-made trailer, titled “The Legend”, is an amazing tribute to the game, and it will definitely fill long time fans with nostalgia of the past two years.

Interestingly, all the voiceover found in the trailer is from the original release of Destiny. The Speaker’s monologue is actually cut together between the first cutscene when players meet that character after the first story mission and the final cutscene of the original campaign when the Speaker is addressing the Tower. Mixed in is voiceover from the Exo Stranger, the intriguing yet equally puzzling character that comes and goes in the campaign of vanilla Destiny, only to never make an appearance over the course of four expansions afterwards.

It’s interesting too because the campaign from Destiny‘s base game is considered to be the weakest storytelling in the game. From awkwardly written lines to a plot that makes little to no sense, it’s obvious the once touted “epic campaign” and “rich, cinematic story” suffered at some point in the game’s development. But in this trailer, those very lines work surprisingly well.

The visuals used are pulled from cinematics and trailers spanning Destiny‘s history, from preview trailers before the launch of the game in 2014 to the cinematics of the latest Rise of Iron expansion.

What this fan trailer does so well is use the visuals and history of the game and its expansions to back up the voiceover from the Speaker. The shots of the fall of the Iron Lords, the Queen of the Reef, and of Oryx serve as a reminder to fans of the journey Destiny has taken since 2014. It enforces the feeling of a deeper universe and encapsulates the ever-growing narrative’s events that have occurred over the game’s two year history.

As it looks back at where the game has been, it also serves as a reminder of story-telling elements that are easily forgotten over that timespan. The Speaker has very little relevance in the game’s overall narrative, and the Exo Stranger has completely disappeared, but with Destiny‘s increased focus on storytelling ever since The Taken King, and the release of a proper sequel sometime in 2017, fans can be hopeful that all the strands of narrative from across the game’s expansions can come together with a stronger story in Destiny 2.

As for the game itself, Sparrow Racing League is expected to debut next month. After that, Bungie says new content will be picking up the pace again in 2017.

Destiny: Rise of Iron is out now on PS4 and Xbox One.