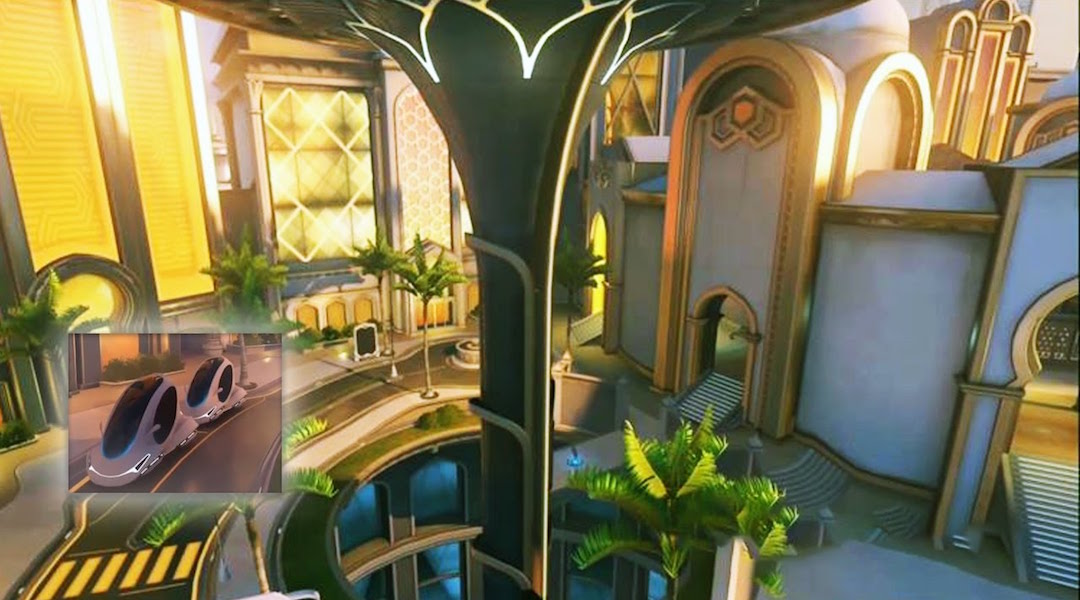 As new Overwatch map Oasis is released on the game’s Public Test Region, players of the multiplayer shooter discover that the cars on the map’s highways are able to kill them.

In addition to announcing new character Sombra during BlizzCon, Blizzard confirmed that a new map called Oasis would soon be added to Overwatch. Oasis, the developer explained, is a high tech city set in the Arabian desert. But although many players of Blizzard’s hugely popular multiplayer shooter may have expected the new setting to look wondrous and incredibly futuristic, what they may not have expected is that parts of the map can kill them.

Made available on the Overwatch PTR (Public Test Region) today, Oasis map’s highways feature cars that can actually kill players. The speeding vehicles most definitely aren’t just for show, with map tours uploaded by players who’ve had a chance to test out the arena showing how easily it is for someone to be taken out if they aren’t careful. And, although players are still figuring out how best to deal with them, these cars, along with the jump pads scattered around Oasis, can surely be used to get some clever Overwatch kills.

Unfortunately for players who are just trying to remember their road-crossing rules (look both ways before stepping out), those traffic hazards aren’t the only thing that players on the PTR need to look out for. The PTR also features a massive Symmetra overhaul, which gives the Overwatch support’s abilities a significant makeover. Symmetra’s kit now includes not one but two ultimates, as well as a change to her standard shield ability and an increased range for her primary fire. The changes have not been live for long but once they’re rolled out to all players (the PTR is only available to those playing on PC), they are expected to heavily shake things up.

Although players will have to adapt to these changes, they are necessary if Overwatch is to remain competitive. If Blizzard didn’t add new things into the game and force people to rethink their strategies regularly, Overwatch‘s 20 million players would quickly get bored and find other multiplayer pastures (such as Overwatch-like, Paladins: Champions of the Realm) to graze in.

Thankfully for players who aren’t thrilled at the prospect of more challenges, Blizzard is committed to adding more ‘fun’ things to the game as well. For example, an Overwatch Christmas event looks to be on the way, so those who aren’t interested in learning the meta can at least keep themselves entertained by collecting new festive-themed bits of loot.

Overwatch is now available on PC, PS4 and Xbox One.