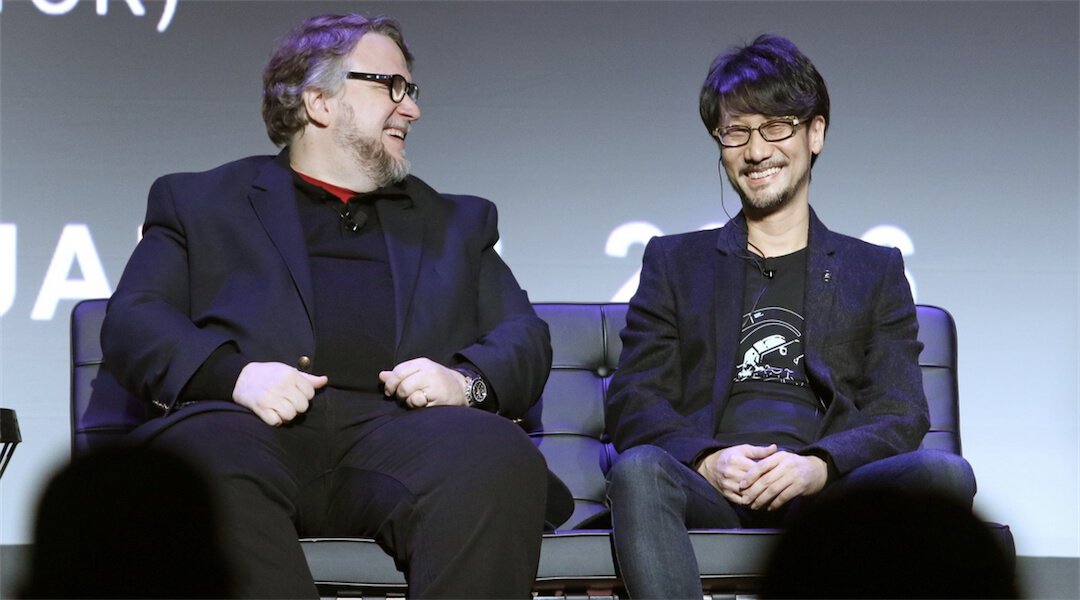 Hollywood director and friend of Hideo Kojima, Guillermo del Toro, rips into Konami on Twitter, slamming the company for its decision to cancel Silent Hills.

Veteran game developer Hideo Kojima’s troubles with Konami are well publicized. Kojima, who left Konami last year, was involved in a very public spat with his former employer removing his name from the box art of Metal Gear Solid 5: The Phantom Pain (his final game with the company). There have been suggestions that Kojima’s conflicts with Konami were because of money, but the developer is forbidden from discussing the real reason for his departure.

While most of the Konami/Kojima drama happened in 2015, in the past few days it has been reignited. Barred from attending The Game Awards 2015 by Konami, Hideo Kojima received an award at The Game Awards 2016, also debuting a new Death Stranding trailer at the event.

Hollywood director, Guillermo del Toro, who is working with Kojima on the new game, took this opportunity to tweet ‘F–K KONAMI.’ The filmmaker then followed this up, retweeting a tweet from Kojima Productions regarding the award, adding ‘VIVA KOJIMA’.

And these caps-lock messages weren’t the only things that del Toro had to say, either, The director, who previously worked with Kojima on the cancelled Silent Hills project, added that Konami’s decision to cancel Silent Hills after P.T (a hugely popular game demo released ahead of the full Silent Hills experience) is “one of the most moronic things I’ve ever witnessed.” del Toro has previously suggested that Silent Hills was cancelled with a ‘scorched earth approach’ from Konami.

del Toro isn’t the only friend of Kojima’s to have voiced frustrations at Konami, either. Previously, Norman Reedus ‘trolled’ Konami by releasing a humorous image of Kojima on his Instagram. Reedus, who is working with Kojima on Death Stranding and was part of P.T, was understandably disappointed that Konami had chosen not to go ahead with the horror project.

While comments about friendship are not as explosive as del Toro’s tweet, the friendship between the two is nice to see, and hopefully bodes well for the quality of Death Stranding, a game which many are looking forward to.

Death Stranding is currently in development for PS4.