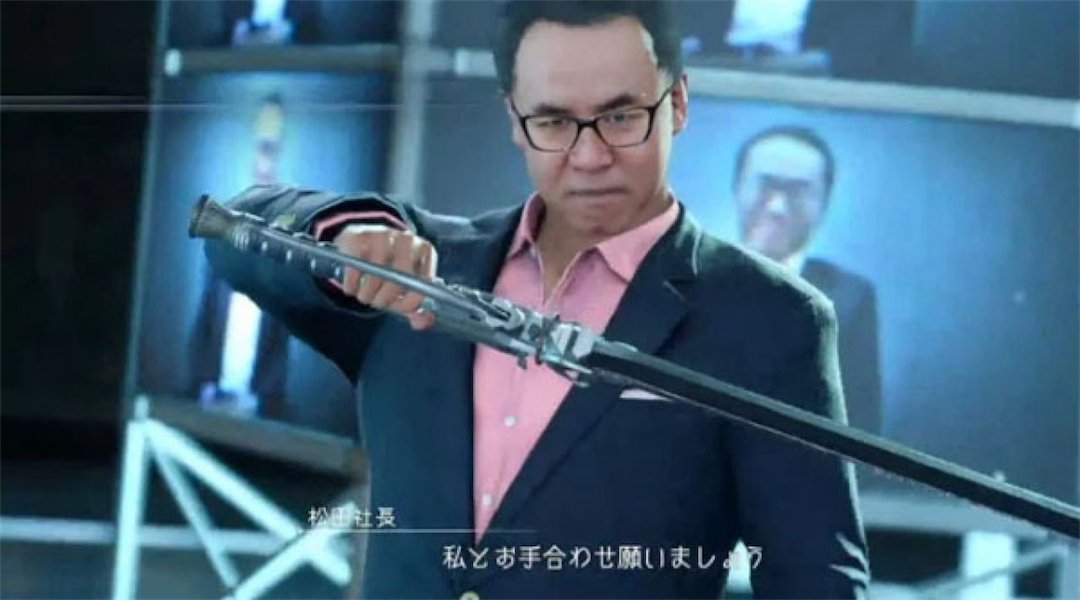 The developers for Final Fantasy 15 plan to release post-launch content for the game featuring a boss battle with Square Enix President and CEO Yosuke Matsuda.

It’s not really a secret that the universes for most role-playing games are bizarre and complicated realms, and this definitely doesn’t exclude Square Enix’s recent release of Final Fantasy 15. From the existence of its fantastical summons called Astrals to the RPG’s inclusion of the series’ mainstay animals of ostrich-like creatures known as Chocobos, it’s evident that the title is already quite strange on the surface, but Final Fantasy 15‘s future DLC has the potential to make the release even weirder.

According to the outlet Gamestalk, one portion of the forthcoming expansion materials for Final Fantasy 15 is set to include a fight against Square Enix’s CEO and President Yosuke Matsuda. This revelation came a day before the game’s launch, with the publisher and developer hosting a live stream that featured a special “Mystery Disc” created for the event containing the quite literal boss battle, which led to the title’s director Hajime Tabata declaring that the clash against Matsuda would eventually be released as DLC.

Although Final Fantasy 15‘s developers didn’t reveal exactly when fans should expect to take on Square Enix’s head honcho within the game, Tabata did make mention of there being a “Holiday Pack” due out before the year has completed. The FF 15 director declared that the expansion’s offerings will include a “New Game Plus” and “Level Cap Creation Feature.”

While the inclusion of Yosuke Matsuda as an actual boss that can be fought within Final Fantasy 15 will surely be a welcome challenge for fans of the franchise, this is far from the first instance of titles that break the fourth wall. Nevertheless, it remains to be seen if the battle between Noctis and the Square Enix CEO will eventually be remembered as the most enjoyable expression of that trope, or if it will be as hardcore as the Adamantoise boss battle.

With the aforementioned Square Enix boss battle being yet another example of Final Fantasy 15‘s development team thinking outside of the box when it comes to the game’s content, it makes sense as to why the title sold over 5 million copies in its first five days to make it the fastest selling game in the series. Of course, another reason as to why FF 15 fared so successfully could be due to its lengthy time spent in development, but more than likely, it’s a conflation of multiple causes.

All things considered, with Final Fantasy 15 having received loads of praise and plenty of positive reviews, one can safely presume that it will be among the top contenders for lots of critics’ best-of lists for 2016. Thankfully, though, there ought to be lots more post-launch content to come in the following year with all that’s included inside and outside of the Season Pass.

Final Fantasy 15 is out now for PlayStation 4 and Xbox One.