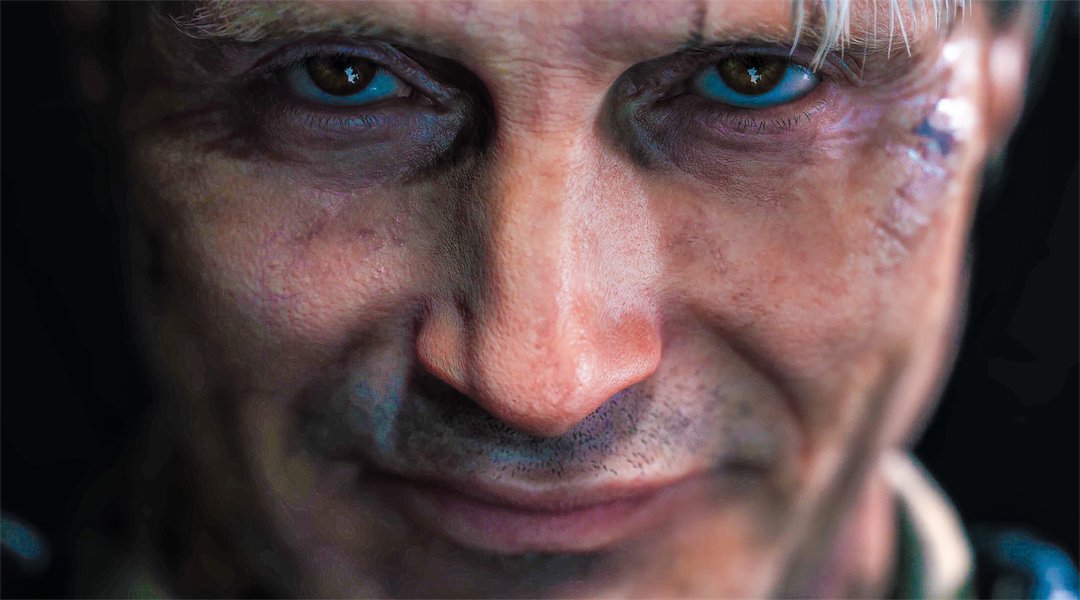 Over the weekend at PlayStation Experience 2016, Hideo Kojima sat in on a panel for Death Stranding hosted by Canadian gaming journalist Geoff Keighley in which the two were joined by the likes of the PlayStation 4 architect Mark Cerny and Guerrilla Games managing director Hermen Hulst to discuss the game’s ideas and visuals, leading to the reveal of the project running on the Decima Engine. In order to illustrate precisely what they discussed in terms of the Decima Engine’s might, Kojima unveiled an alternate trailer for the game that featured new music by Low Roar with their song “Easy Way Out.”

As seen in the Death Stranding trailer from Kojima Productions below, while the footage is graced with fresh tunes, not much is revelatory as it doesn’t feature any unseen content. However, the footage does feel new with this different soundtrack playing over it with some of its pacing notably being syncopated with the music and lyrics, such as Guillermo del Toro’s character’s decision to head under the bridge for the second time being punctuated by percussion coming into the arrangement.

In addition to the reveal of the alternate Death Stranding trailer, Hideo Kojima took the opportunity at PlayStation Experience 2016 to officially confirm that Mads Mikkelsen‘s character is the antagonist of the game. As of late, the Danish actor has been cast in villainous roles befitting his smoldering demeanor, for not only will he be Death Stranding‘s big bad, but also he played Hannibal Lecter in NBC’s show Hannibal and Kaecilius in Marvel’s Dr. Strange movie.

With there now being a semi-new trailer for Death Stranding to pick apart, it’s safe to say that there will be plenty of fans attempting to discover any hidden meanings that point to what the game could be about. As it happens, soon after Hideo Kojima unveiled a trailer at The Game Awards 2016, fans immediately attempted to solve the mysteries buried in its footage, with one fan playing the trailer starring Norman Reedus side-by-side with the latest clip to unveil a secret.

When it comes to the actual story details related to Death Stranding, all we have to go on at this point in time are the enigmatic visuals in its handful of trailers and the cryptic information Kojima’s given. Of course, that’s not to say that there isn’t already loads of speculation online, as fans will continue to play detective in trying to figure out what the game could contain. As a matter of fact, there seems to be a theory for every detail shown thus far, with one instance being gamers speculating that the dog tags on Norman Reedus’ character relating to black holes and time travel.

All things considered, with Kojima now confidently putting out materials for Death Stranding with Sony’s full support, it seems as if the game could end up becoming one of the most original releases in recent memory. Of course, it’s important to reserve judgments until all facts are in, but if Kojima’s opinion of Death Stranding‘s quality is any indication of how its final product will be, then it might be his best game yet.

Death Stranding is currently in production for PlayStation 4.