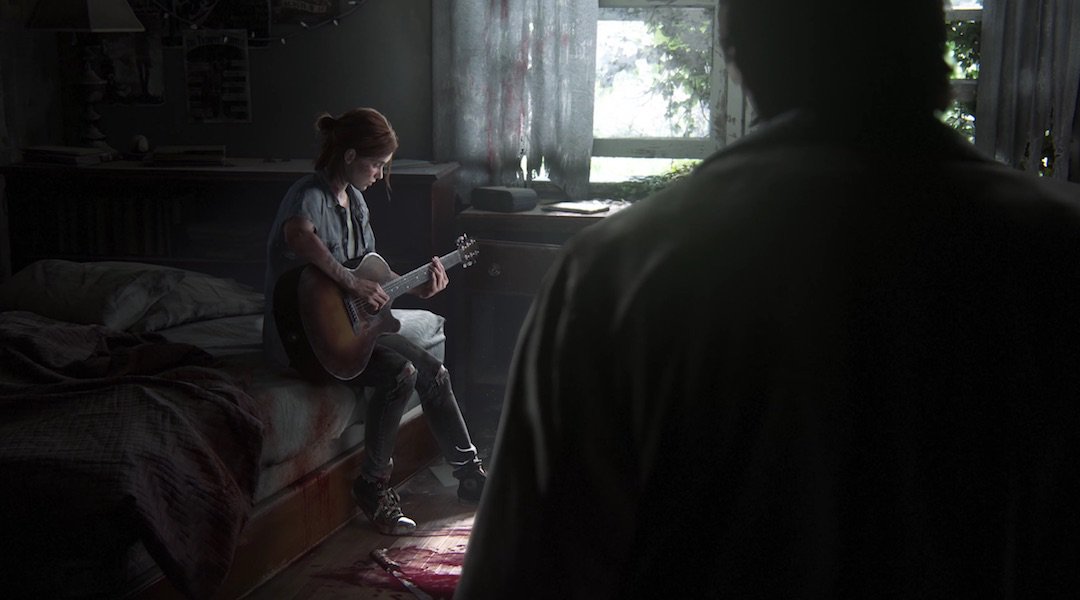 The Last of Us Part 2: Joel Theories

The short teaser for The Last of Us Part 2 leaves its story open to interpretation, but some fans think they’ve already cracked the game’s biggest mystery.

After a lot of speculation over whether a sequel would be made at all, The Last of Us Part 2 was officially announced at PSX last weekend with a short, but emotionally-charged teaser trailer. There wasn’t a lot to go on, in terms of how the story will play out, but that hasn’t stopped eager The Last of Us fans from trying to figure it out anyway.

The trailer features Ellie, who has been confirmed as the main character, strumming a sad song on a guitar she finds in the bedroom of a derelict home shortly after scuffle with the previous occupants. As she struggles to control her shaking hands to tune her guitar, blood from a fresh wound streams down the side of her head. She begins playing and singing as Joel walks through the house riddled with corpses until he finds Ellie, who swears vengeance on an unknown party.

What’s of particular note, and is the backbone of this theory, is that Joel is only seen and heard from behind. His face is never shown. According to VG247, this has lead fans to believe that The Last of Us Part 2 is pulling a Sixth Sense. They predict Joel will likely be dead at the time the story begins and Ellie is just interacting with him as some kind of coping mechanism or hallucination. Taking the ending of the first game into account, they suspect the Fireflies had a hand in Joel’s demise and Ellie is seeking her revenge.

The theory has been trending on Reddit since the idea was batted around, and on Twitter as well (Polygon).

Plot twist: Joel is dead the whole way through TLOU2 and Ellie is imagining him while she hunts down his killers