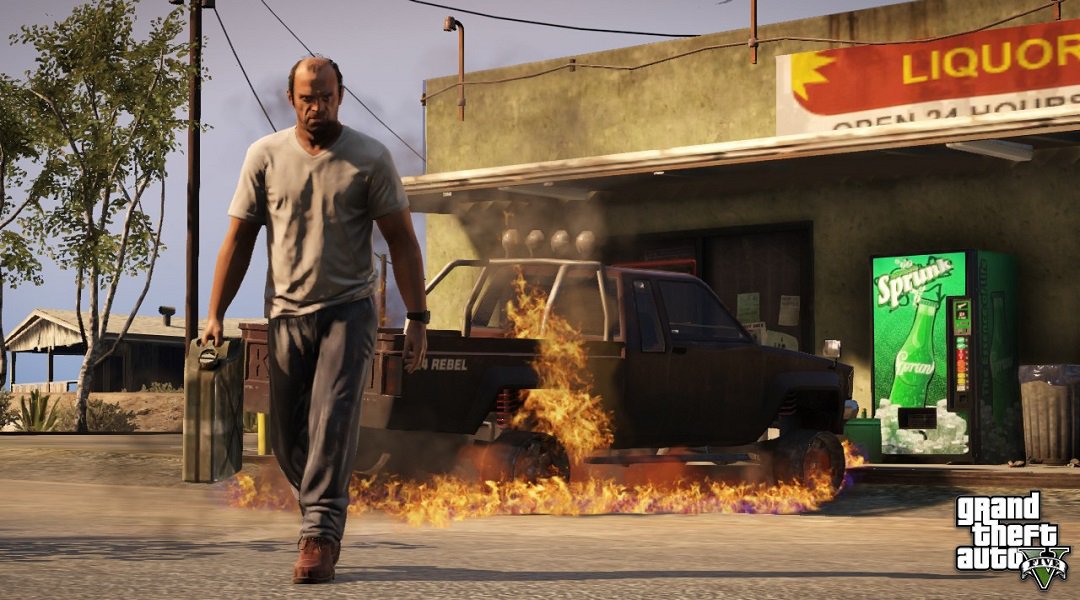 A group of hardcore Grand Theft Auto 5 fans finally achieves its goal in uncovering the motherlode of cut beta content, revealing how far the game had come since development.

Grand Theft Auto 5 is a title that is constantly changing based on the demands of its playerbase, years after it was first released. When rumors surfaced that Rockstar Games had single-player Grand Theft Auto 5 DLC scrapped in favor of online multiplayer map development, it wasn’t because the developer thought that single-player content was a losing proposition – it was because fans had fully embraced Grand Theft Auto 5‘s vibrant online community.

Grand Theft Auto Forums user ZT discovered the new development images, which were found through the digital of artist Steven Walsh, who has since taken them down at Rockstar’s request. The images are still out there, however, and they are a piece of history that illustrates some key proposed features for Grand Theft Auto 5 that were then cut. The most interesting of these cut features is a piece of information that confirms the suspicions of the Grand Theft Auto Online datamining community – the online multiplayer for Grand Theft Auto 5 was originally going to be faction-based, with players able to choose between supporting The Police, The Vagos, Bikers, and more.

The images appear to suggest that once players joined a faction, they would then begin assisting their new gang in overtaking parts of the online map. While it’s a vague guess, it appears that the proposed faction system would have been at least partially inspired by the gang war system found in Grand Theft Auto San Andreas.

Beyond the baseless speculation, however, it’s an interesting peek into what Grand Theft Auto 5, which is already one of the most critically revered and financially successful games of its generation, could have been. Given how passionate the community surrounding Grand Theft Auto 5 and Grand Theft Auto Online is, though – as illustrated by their commitment in uncovering these very images – whatever changes Rockstar made were likely for the best, and fans of the series will probably defer to the developer’s wisdom when it comes to cutting content prior to release.