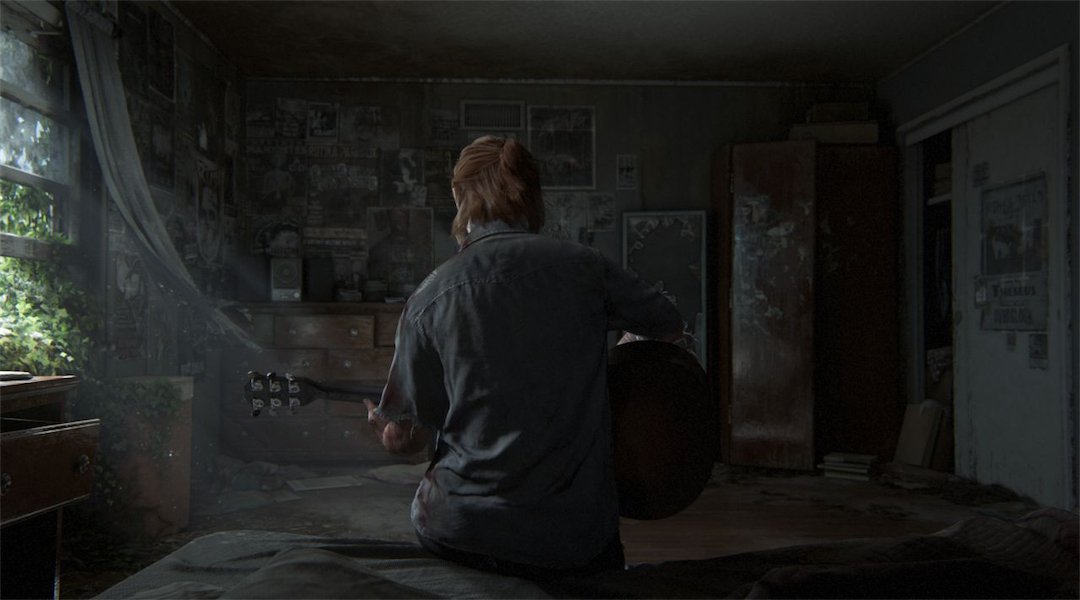 Listen to The Last of Us Part 2 Song on Spotify

The song that Ellie plays on her guitar in The Last of Us Part 2‘s first official trailer is available from the original artist for listening on Spotify.

At this point, it’s safe to say that plenty of fans have watched The Last of Us Part 2‘s PlayStation Experience 2016 reveal trailer an innumerable amount of times for myriad reasons. While some are still parsing through the footage for clues as to what the next game will include and others are simply watching it to enjoy Naughty Dog’s ability to render gorgeous cinematic visuals, there are surely loads of The Last of Us Part 2 fans booting up the clip again and again to listen to the song Ellie played on her guitar.

Interestingly enough, so many people have been interested in the tune that they ended up finding the original version by Shawn James & The Shapeshifters on Spotify, which caused it to reach the number one spot on Spotify’s UK Viral 50 charts. The song is called “Through the Valley,” and as it stands, it currently rests above the recently released “Redbone” by Childish Gambino (AKA Donald Glover).

Of course, not everyone is going to have access to Spotify’s streaming services, so The Last of Us Part 2 fans can check out “Through the Valley” through Shawn James & The Shapeshifters’ Bandcamp page, where the full album on which it’s featured, Shadows, is also available for sale. As one should expect, the original artist’s song is completely different from the rendition heard in The Last of Us Part 2 trailer. In fact, the Shawn James’ version is more rollicking and soulful than the understated iteration performed by the game’s main character, Ellie.

Naturally, fans’ extreme interest in The Last of Us Part 2 isn’t the first instance of hype surrounding a video game causing a song associated with a particular franchise to get an increase in Spotify listens. As it happens, the Pokemon theme song got a boost in the rankings after the popular series’ mobile game Pokemon GO released during the summer of 2016. The streams of “Gotta Catch ‘Em All” increased more than 360 percent over the first seven days of Pokemon GO‘s launch.

Obviously, with so many people having been drawn to “Through the Valley” in The Last of Us Part 2‘s trailer, there are an equal amount of fans – if not more – using the footage as a means to delve into possible story scenarios for the game. There’s already plenty of speculation about potential plot details for the title out in the wild, and some have already put together a convincing theory regarding Joel’s role.

Beyond the components of the short teaser for The Last of Us Part 2, gaming fans are surely craving more information about the game. However, with it still being in early production, there’s no telling when we will get more concrete details regarding the story, environments, or gameplay mechanics. In the meantime, fans can pore over some recently released concept art featuring Ellie and her tattoo to tide them over until the next major announcement.

The Last of Us Part 2 is in production for PlayStation 4.