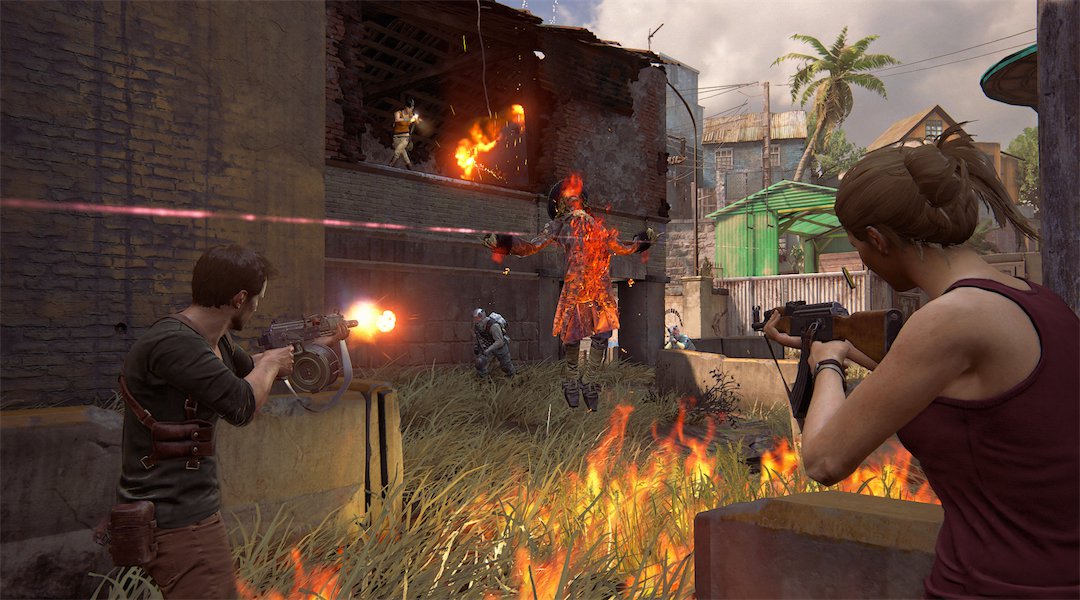 Not too long ago, Naughty Dog unveiled the existence of Uncharted 4: A Thief’s End‘s co-op Survival mode with a new trailer, detailing players’ ability to soon be able to take on multiple enemy waves alongside their friends within the game. Now, the developer has officially announced that fans of the fourth installment in the action-adventure franchise will be able to download Survival alongside a multiplayer update sometime next week.

The news comes from an official blog post from Naughty Dog, in which the company declares that the content of the update will not only provide Survival’s solo and cooperative capabilities, but also fresh content for Uncharted 4‘s competitive multiplayer mode. Those who want to check out all of what the forthcoming patch will have to offer have also been invited to watch a Naughty Dog livestream on Tuesday, December 13 at 11:00 AM PT to show off more Survival content and the new multiplayer DLC.

As has been the case with previous bouts of add-ons for Uncharted 4, the upcoming Survival update is going to be a piece of DLC that’s completely free-of-charge. Beyond the new mode and multiplayer aspects, Naughty Dog is also set to include new maps, weapons, skins, boosters, vanity items, and even more for the characters in the game as well.

While fans have certainly been appreciative of Naughty Dog’s decision to extend the shelf life of Uncharted 4 well beyond its launch date earlier this year, it’s safe to say that players are still holding out for any information on the game’s single-player DLC. So far, the developer has remained relatively quiet on the issue, stating that news for the solo expansion is a long way off, but that hasn’t stopped fans from speculating what it could contain. Interestingly enough, rumors circulating on the Internet have pointed to the possibility of the story DLC starring Sam Drake, Nathan’s brother.

Of course, there’s really no telling at this point in time when Uncharted 4‘s single-player expansion will make its way to market, especially when one stops to consider how many irons Naughty Dog currently has in the fire. As it happens, the developer not only used PlayStation Experience 2016 to announce a standalone adventure in the series with Uncharted: The Lost Legacy, but also – and perhaps most excitingly – the company capped the event off by confirming there will be a followup to its original post-pandemic title with The Last of Us: Part 2.

Taking all of this into consideration, it’s impressive that Naughty Dog still has further post-launch plans for Uncharted 4 that will be extended well into next year. As a matter of fact, fans of the game should expect content to continue flowing into the game at least until spring 2017. That said, once all of the add-ons have been put out, it’s safe to presume that the developer will eventually compile it all together into one package with an Uncharted 4 Ultimate Edition sometime in the future.

Uncharted 4: A Thief’s End is out now for PlayStation 4.