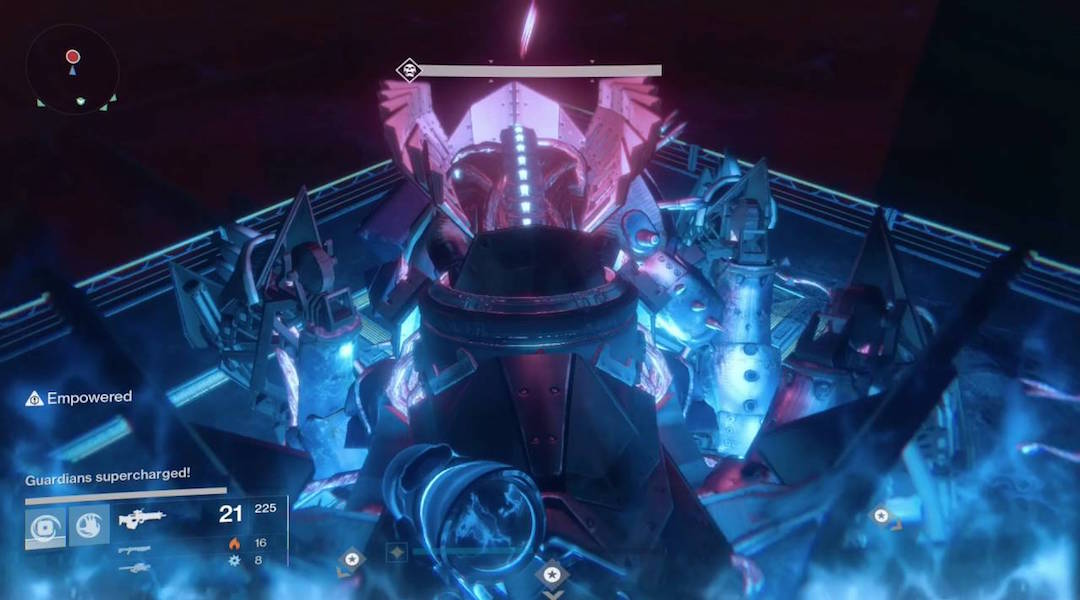 Destiny Raid Team Beats Aksis Without Slamming His Back

One Destiny team is able to beat Aksis in the Wrath of the Machine raid by ignoring most of the key mechanics of the boss fight and not slamming his back.

While most of the Destiny fan base is out enjoying the launch of The Dawning, Bungie’s new holiday event, others are still trying to get the most out of the Rise of Iron content. For example, several Destiny challenge runners and teams are still trying to test the limits of the new Wrath of the Machine raid, in an effort to determine which strategies are possible and which are not.

One Destiny raid team, for example, just recently discovered that it is possible to beat Aksis, the main boss of Wrath of the Machine, without ever using the core, slam mechanic of the fight. This team was able to take down the SIVA-infected boss simply through basic damage, without most of the buffs or phases and without using some of the most successful raid strategies.

As readers can see in the video below, the Destiny team took down Aksis using a combination of Weapons of Light buffs, Golden Gun shots, and the elemental cannons. What’s most surprising is just how easy it seems – taking down Aksis without slamming his back. There isn’t much time to do damage, but the team manages to concentrate their DPS very well.

Of course, the key to completing this strategy is to use the supercharge mechanic in the Aksis boss fight, which takes the empowerment from a player and gives his or her team Supers. That way the team always has golden gun shots to work with and Defender bubbles active. It may seem easy because the video only shows the successful run, but there was likely a lot of planning that went into getting everything right.

Every time it appears that Destiny players have found every way to exploit or challenge themselves within Bungie’s game, a new feat appears. So far gamers have seen players solo Aksis, two-man Vosik, and even drive a Sparrow through the entire raid, and each time the accomplishment has been more and more impressive. The real question now is when those challenges might inevitably run out.

Luckily, when that content does run dry for those players, there is the new Dawning event to enjoy, which runs from now until early January. Admittedly, The Dawning isn’t going to be for everyone, but the addition of Sparrow Racing and Strike Scoring, as well as new gear, is sure to have players grinding yet again.