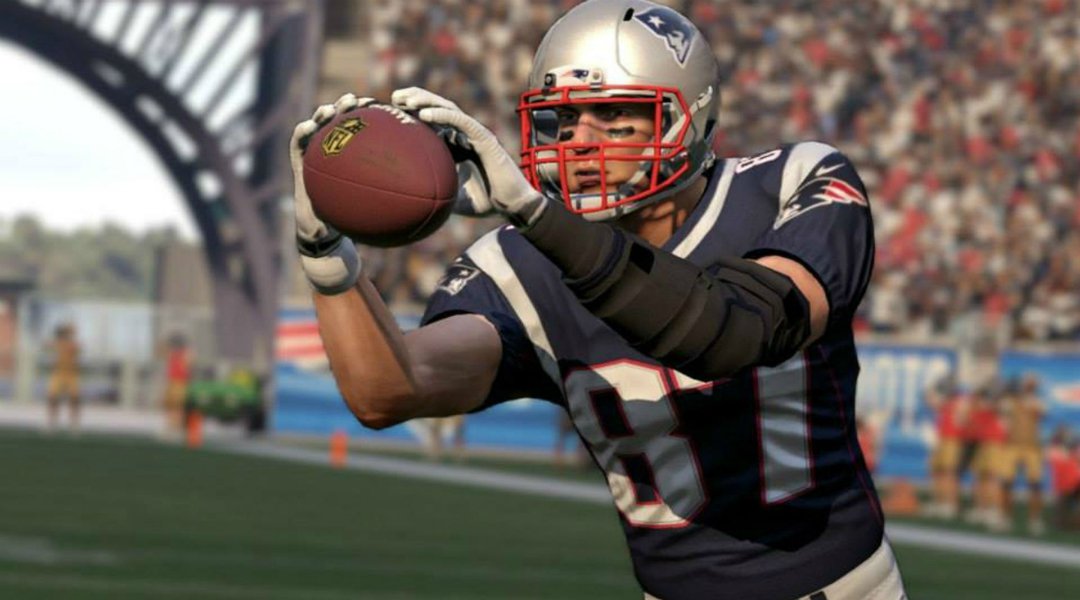 Madden NFL 17 cover star Rob Gronkowski and EA pair up to create a comical ad poking fun at the iconic Madden Curse, revealing the true reason why the cover stars are ill-fated.

Playing any sport comes with the risk of injury, but nothing makes sports fans and gamers cringe like the Madden Curse coming into play. The latest victim of the so-called Madden Curse, Rob Gronkowski, has teamed up with Madden NFL 17‘s publisher, EA Sports, to poke fun at the legend.

Gronkowski of the New England Patriots was chosen to have his in-game likeness star on the cover of Madden NFL 17, and with it, fans believe that he was struck down by the game’s associated curse. Rather than denying it, EA appears to embrace the existence of the Madden Curse in the ad seen below.

The video is quite amusing, showing Gronkowski going through his day-to-day routine since he was placed on injured reserve, including having a conversation with a New England Patriots-themed rubber duck. After settling down in front of the TV and immediately being accosted by a news story detailing his injury, a voice begins talking to him – a sentient copy of Madden NFL 17, speaking to him directly.

The video pokes fun at a legend that has stood since 1999, when the game began using star NFL players on its cover. While many don’t believe in the Madden Curse, others have pointed out that an overwhelming amount of the chosen cover athletes have either experienced subpar seasons immediately afterward or been struck by injuries that rendered them out of the game for either part or the entirety of the season. Gamers get a hand in choosing who will appear on the next Madden NFL cover, which probably makes it simultaneously exciting and upsetting when their favorite athletes get voted onto the cover of the game.

Although some believed that this would be the year that the Madden Curse would finally end, that was far from the case. Following Madden NFL 17‘s release in August, Gronkowski was injured multiple times, starting with a hamstring injury, followed by a pulmonary contusion, and finally a herniated disc that left him out for the remainder of the season. Many would probably argue that injuries are an inherent part of a contact sport like football and that there’s no reason to believe in the Madden Curse, but there’s no denying that it’s been a rough year for Gronkowski.

Gronkowski is probably frustrated to be stuck recovering from his back injury, but it’s good to see that he has a good sense of humor about his part in the Madden Curse. Time will tell if the curse strikes again next year, but if it does, perhaps gamers can look forward to a sequel to this goofy Madden NFL ad.