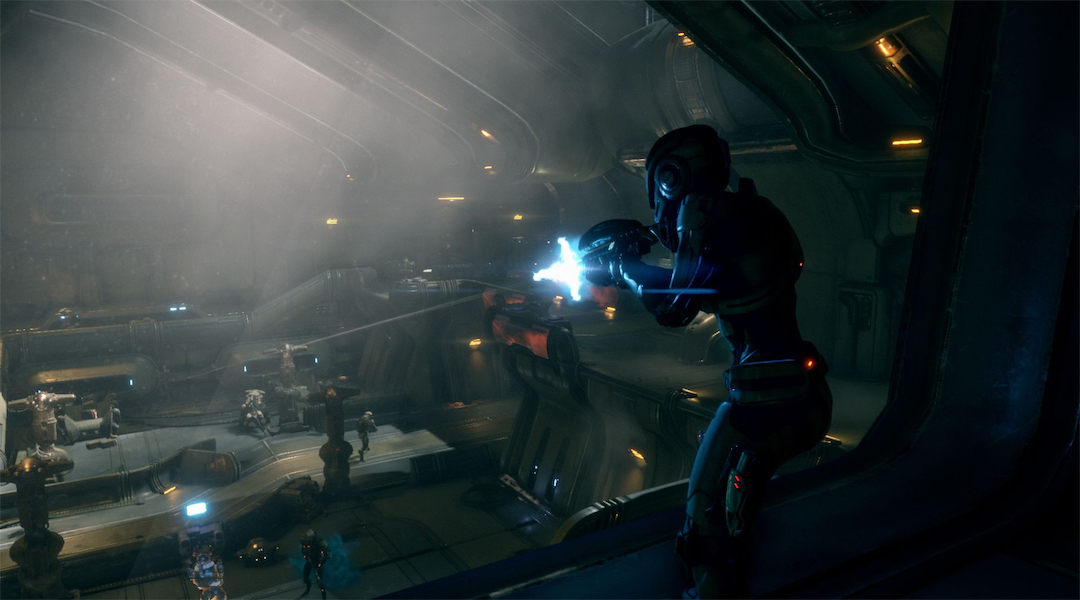 The video game developer BioWare reveals its intentions to provide Mass Effect: Andromeda fans with news and details about the game’s multiplayer “soon.”

Now that BioWare has officially confirmed the release date of its forthcoming science fiction game Mass Effect: Andromeda, fans of the franchise are surely wondering what all the studio still has to share about the title in the months leading up to its release. As it happens, the developer recently promised the series’ ardent community that it will provide news and details about some of the aspects found within Mass: Effect Andromeda‘s multiplayer component “soon.”

The announcement comes by way of BioWare’s General Manager Aaron Flynn responding to a fan on Twitter asking him when he and others should expect to hear any information regarding Mass Effect: Andromeda‘s multiplayer. Beyond the teasing of “soon,” however, the BioWare GM failed to provide any additional details about the gameplay feature.

As it currently stands for Mass Effect: Andromeda‘s multiplayer, fans have been informed that the component will connect to the campaign in some capacity, but BioWare hasn’t fully explicated how it will work. Furthermore, the studio has already confirmed that it will be following along with the current trend in online gaming revenue, as the multiplayer will feature microtransactions.

While Flynn or any other BioWare representatives haven’t given any details or a specific time frame as to when Mass Effect: Andromeda multiplayer news would drop, the BioWare GM has offered up a window as to when fans ought to hear more about the game’s PC requirements. Flynn stated in a tweet that specs for the PC platform should be revealed “Probably closer to launch. Sometime in February I think.”

As the days and weeks get closer to the launch of Mass Effect: Andromeda, BioWare will likely begin to fill in all of the details about the game that it had withheld from fans in order to retain an air of anticipation for the title. So far, though, fans have been privy to a decent portion of particulars about the release, with BioWare having recently shown off some footage of a new location in Andromeda, as well as combat in a trailer for CES 2017.

Considering the myriad delays that Mass Effect: Andromeda experienced, one can’t help but wonder if unfinished features of the game – like, perhaps, its multiplayer – could cause yet another postponement. After all, Electronic Arts’ CFO Blake Jorgensen has gone on record to state that the publisher is willing to delay the game’s release if it’s not sufficiently polished. With this being the case, BioWare will hopefully have every aspect of development completed before March rolls around.