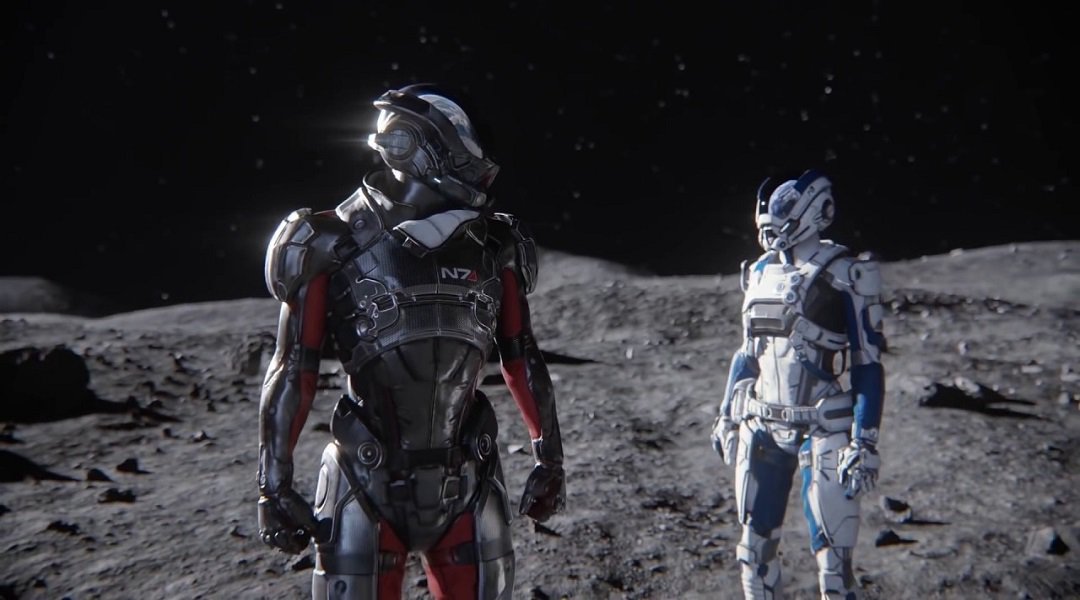 A BioWare employee hints on Twitter that there will be longer gameplay demos of Mass Effect: Andromeda soon, while an insider suggests a marketing blitz is coming.

Mass Effect: Andromeda might be the most talked about game early into the new year, but not all of the chatter surrounding BioWare’s upcoming title can be viewed as favorable. Yes, Mass Effect: Andromeda has been nothing but impressive from a visual standpoint, and the BioWare’s most recent Mass Effect: Andromeda trailer was a continuation of that trend – yet fans have begun to express concerns over the lack of actual gameplay demonstrations emerging from the title’s continued development.

According to Aaryn Flynn, the GM of BioWare Edmonton, fans looking for more substantial insight into Mass Effect: Andromeda‘s gameplay and character companions shouldn’t have to wait too much longer. Flynn took to Twitter to respond to a question about whether or not a lengthy gameplay demonstration, much like the one BioWare did for Dragon Age: Inquisition, was in the cards for Mass Effect: Andromeda as well. Here’s Flynn’s exciting, albeit cryptic, response:

While Flynn’s response obviously doesn’t account for much in the way of details, it’s a playful answer that indicates he is at least comfortable enough to promise an extended gameplay feature. The need for a longer Mass Effect: Andromeda gameplay demo being satisfied as soon as possible was also echoed by NeoGAF member shinobi602, a noted community member who claims to be close to many BioWare employees. shinobi602 confirmed in a post that more videos should be coming “around mid-February”, and the user’s history of being fairly accurate with their insider info means fans should expect a gameplay reveal date in that range to be announced from BioWare in the near future.

It might not be much to go on, but BioWare has a history of a glacial press release cycle that eventually picks up and culminates in a whirlwind few months leading up to a major game release. If that remains the way the developer likes to do things, fans of Mass Effect: Andromeda have just a few more weeks to prepare themselves – February and March should be a wild ride in the build-up to one of the biggest game releases of 2017.