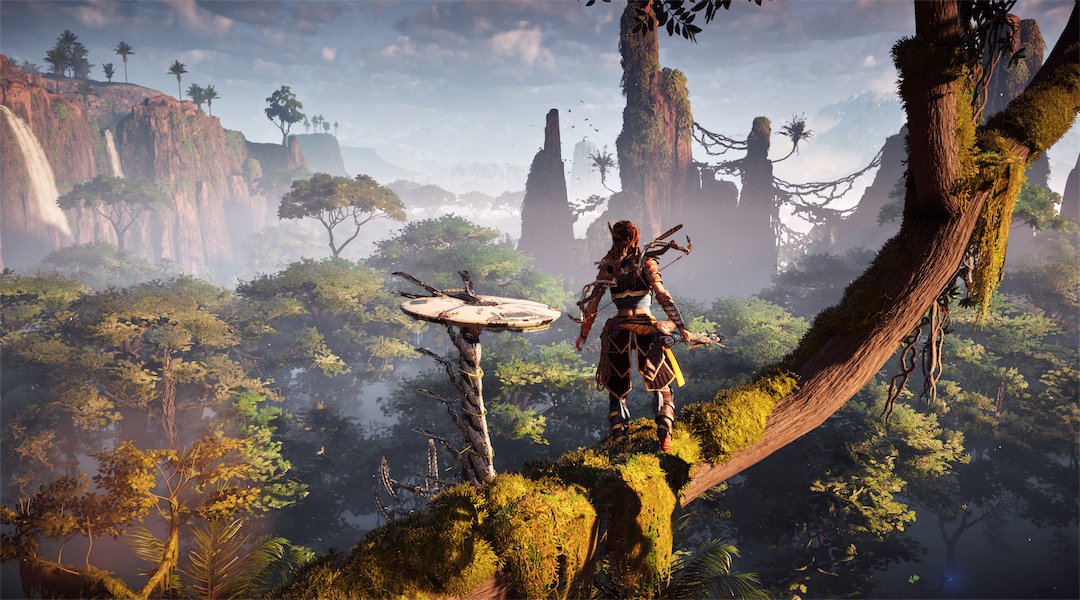 Just recently, a tutorial gameplay video for Horizon: Zero Dawn surfaced online and gave fans of the upcoming game a look at how they will engage in ranged and close-quarters combat, how the crafting system works, and what it will be like to ride mounts once the title releases. Now, Horizon: Zero Dawn‘s publishers at Sony have decided to show off the title’s capacity for storytelling by putting out a brand new cinematic trailer for the game.

As seen in the footage from the PlayStation YouTube channel below, fans are offered a glimpse at some of the allies and enemies that Horizon: Zero Dawn‘s main huntress and protagonist Aloy will encounter throughout the tale, while the clip also teases out some of the story. Not to mention, the video also gives looks at different masked warriors, but it never explicitly states who they are or where their allegiances lie.

Furthermore, Horizon: Zero Dawn fans are also given a tease at how Aloy can deploy a unique ability to control some of the hybrid robot-dinosaur machines by using her mind. Additionally, the latest cinematic trailer for the game shows what could be the main antagonist and his motivations for complete and utter domination of Aloy, her people, and the realm in which they all dwell.

As many Horizon: Zero Dawn fans will likely agree, this most recent cinematic trailer for Guerrilla Games’ forthcoming title is nothing short of beautiful. Of course, should there be folks out there who want to encounter practically jaw-dropping visuals when the game releases, then they would do well to invest in a PlayStation 4 Pro, as developers have claimed the title will be vastly improved on PS4 Pro.

Of course, graphics aren’t everything when it comes to making a video game worthwhile, and it seems as if Guerrilla Games fully understands this notion. For instance, as evidenced in a gameplay walkthrough with the developer, Horizon: Zero Dawn boasts a significant portion of distinctive combat and exploration features, giving the title a shot at setting itself apart from so many other action-RPG releases.

As it stands, Horizon: Zero Dawn is easily one of the most anticipated video games of 2017, not only for its gorgeous visuals and unique-looking gameplay, but also due to the fact that it’s going to be a PlayStation 4 exclusive with the potential to launch a fantastic series of titles in the future. Naturally, though, the release schedule for this year is chock full of eagerly awaited video games, so it’s safe to say that even though Horizon: Zero Dawn looks to be standout for 2017, it still has plenty of competition.