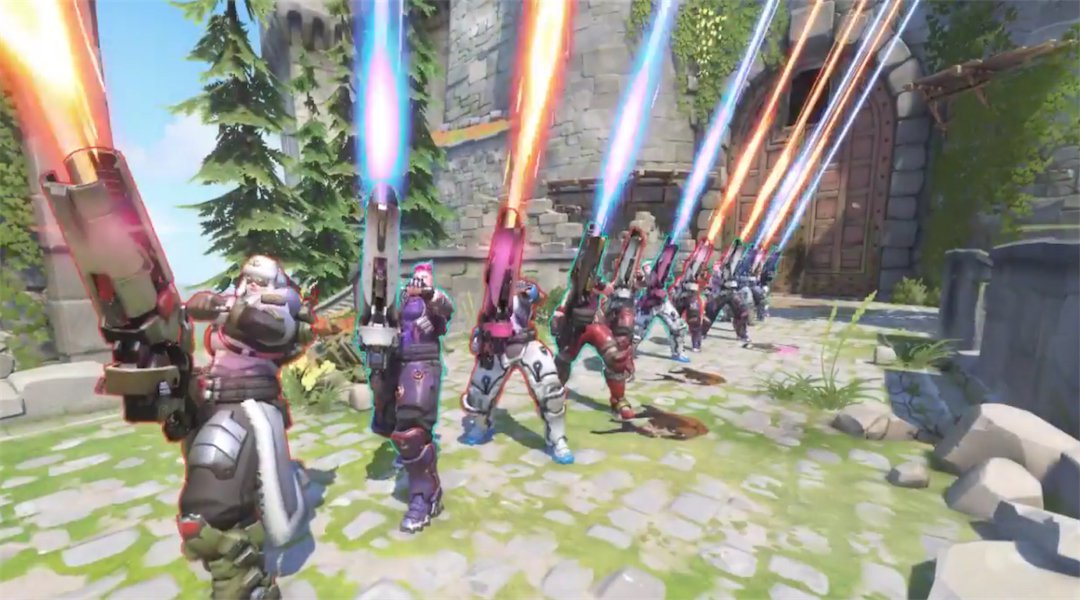 While mourning the loss of their friend, a group of Overwatch fans decide to pay tribute to him in the game with a 12-gun salute featuring his most frequently used characters.

As many Overwatch fans will likely attest, the community for Blizzard’s team-based shooter is not only one of the largest audiences in video games with it being the publisher and developer’s fastest title to hit 20 million players, but also it is one of the most closely knit collectives in the medium as well. Case in point, once a group of friends who play the shooter found out that their friend Willem Den Toom had passed away, they decided to honor his memory by giving him a 12-gun salute in the game with some of his most frequently used characters in Overwatch.

As seen below in the video from Too Much Gaming, the memorial begins with a large group of Pharah avatars shooting their rocket launchers toward the sun, followed by Reinhardts firing flames at the sky. Soon after, a bunch of different Symmetra characters follow suit, as do a collection of Zaryas and Lucios, with an amassing of Hanzos capping the tribute off with the summoning of multiple Spirit Dragons.

Willem Den Toom was an avid Overwatch player, and had been a contributor at the site Too Much Gaming. Unfortunately, he passed away at the young age of 36. With that in mind, it’s safe to say that his friends gave him as great of a send-off as possible in Overwatch with all of his favorite characters standing at attention and uniformly firing their signature weapons into the air.

Beyond the in-game Overwatch tribute held for Toom, his pals over at Too Much Gaming also wrote a brief, yet poignant message to their fallen friend. Although still grieving, the homage is heartfelt and shows just how important Toom is to his peers.

“Wherever you are. May the payload be always moving, the point always contested, no one trickles out, and may there always a healer on your team. We miss you, big guy. This play of the game is for you.”

While Too Much Gaming‘s dedication to their deceased friend is certainly beautiful, it is far from the first instance of fans making in-game memorials for those that they lost. For example, a Destiny clan paid tribute to the death of one of their own by collaborating on the creation of a montage-style video featuring some members of the game’s huge community of Guardians bidding him farewell. As a matter of fact, the practice has become so commonplace that there are now a number of moving tributes to gamers who passed away.

Taking all of this into consideration, it’s great to see how there are still fans within the video game community that can set aside their differences to overcome the online culture that is typically riddled with negativity and cynicism by paying respects to a good friend. Here’s to hoping that those still grieving Toom’s passing will find comfort soon enough. Rest in peace, Willem.

Overwatch is available now for PC, PlayStation 4, and Xbox One.