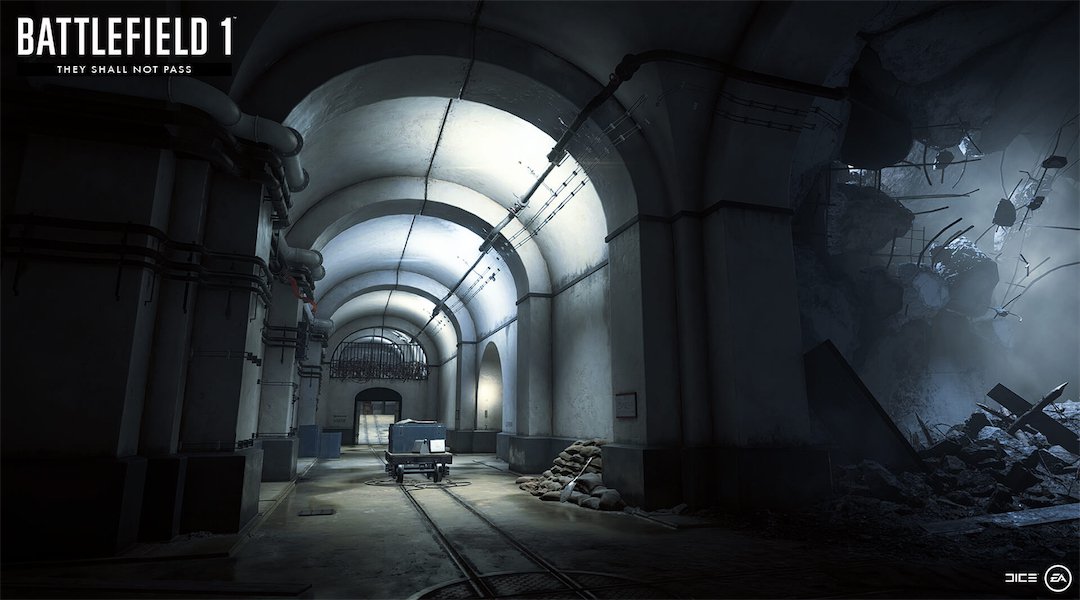 Battlefield 1: They Shall Not Pass DLC Detailed

Several days ago, DICE and Electronic Arts put forth a teaser indicating a reveal this week for Battlefield 1‘s upcoming release of They Shall Not Pass, which is the first of four paid expansion packs for game. Now, the companies have made good on its promising hint of more details to come, as DICE and Electronic Arts have provided an outline of the Battlefield 1 DLC’s new maps, weapons, items, modes, and more.

As indicated by a post on the game’s official website, Battlefield 1‘s They Shall Not Pass expansion is set to offer up four maps in total for the French-themed add-on. With the DLC being set during the Battle of Verdun, DICE and Electronic Arts have revealed that the areas and environments included in the post-launch content package will be Verdun Heights, Fort Vaux, Soissons, and Rupture. Fans can get a glimpse of the aforementioned maps in the gallery of images found further below after the next paragraph.

Furthermore, as previously announced, DICE and Electronic Arts’ detailing of They Shall Not Pass also confirms the addition of the French army, as well as a new mode called Frontlines. According to the publisher and developer, the fresh mode is going to be something along the lines of a mixture between both Conquest and Rush, with the official description reading, “Both teams fight for one flag at a time and when this objective is captured the action moves on to the next. Capture the enemy’s HQ control point and the game turns into a Rush-style section where telegraph posts need to be attacked or defended.”

As far as vehicles are concerned, Battlefield 1‘s They Shall Not Pass DLC will incorporate the new Char 2C tank, which is inspired by an actual tank used in the Great War, and it is a fresh piece of behemoth-class transportation that can be used to “turn the tide of the entire battle,” much like the armored train vehicle can do in the game. Not only will the Char 2C be making its way into the title’s They Shall Not Pass expansion, but also a tank called the St. Chamond will be added as well.

When it comes to fresh classes in Battlefield 1‘s upcoming DLC, They Shall Not Pass will make a new Elite class called Trench Raiders available, which is going to be a melee-focused class that uses a “Raider Club,” and has access to an “impressive grenade arsenal.” Furthermore, developers are incorporating a brand new stationary field gun, the Siege Howitzer, into the add-on, and it can be fired by any infantry player.

While all of this is definitely exciting news for Battlefield 1 fans, one of the most important details DICE and Electronic Arts could have provided has been left out of the rundown for They Shall Not Pass entirely, as the companies still haven’t announced an official release date for the game’s first paid expansion other than it coming out sometime in March. Nevertheless, should Battlefield 1 fans be enticed by all that the developers have to offer with They Shall Not Pass, players can get the expansion through the game’s Premium Pass.

Battlefield 1 is out now for PC, PlayStation 4, and Xbox One.