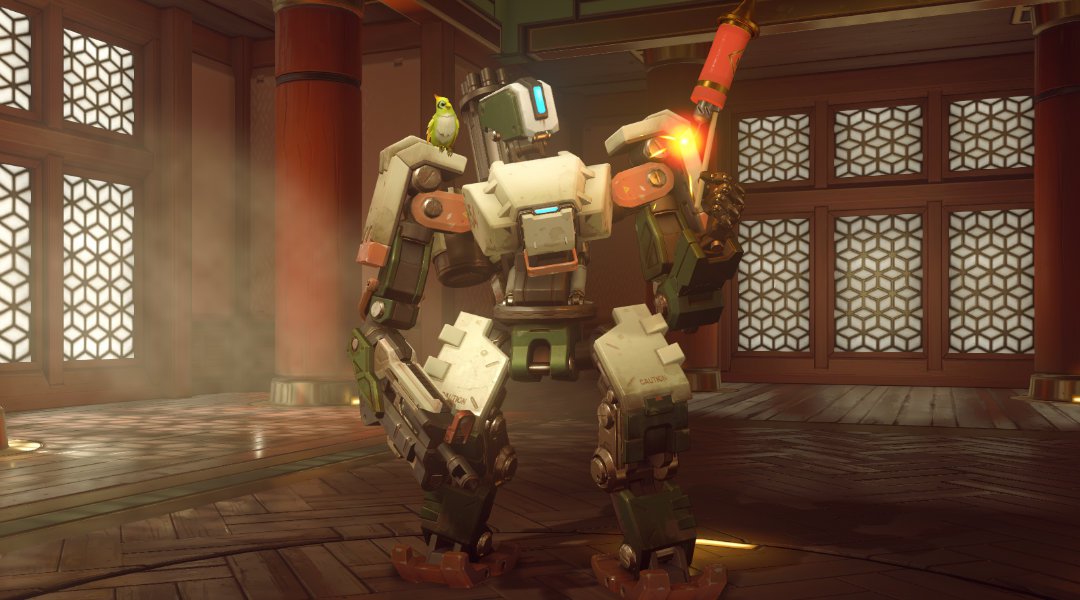 Overwatch May Buff Bastion in a Future Update

Overwatch principle designer, Geoff Goodman, reveals that he’s currently working on a few updates for Bastion, though additional details or a time table were not given.

For all the successes that Overwatch earned last year, the developers at Blizzard have not been content to just sit around in the new year. This month alone, the team has already released a lot of updates for the popular online shooter including adding a new map called Oasis and even kicking off a new seasonal event called Year of the Rooster. It seems that Blizzard isn’t done balancing things as Bastion appears to be next in line for an update of sorts.

In response to a forum thread about the less than ideal current state that Bastion finds itself in, Overwatch principal designer Geoff Goodman chimed in to hint at what’s coming for the robot. While nothing was detailed or revealed, Goodman did shed some light that he’s currently in the middle of working on a few changes for Bastion, though things are still being tested internally so nothing is ready to be shared right now nor is there a timetable for when the changes would go live.

Currently, Bastion remains one of the only characters who has gone largely untouched since the beta ended last year. While initially viewed as overpowered, players have been able to adapt and create numerous strategies for dealing with the robot. Unfortunately, this has resulted in him becoming one of the characters with both the lowest win rate and pick rate in the game.

As players have seen, Blizzard isn’t afraid to adjust and even retool any character currently on the roster. Roadhog, the portly gas mask wearing individual, is in the middle of receiving a big adjustment, essentially fixing how his hook works. After the update, players will no longer be able to use the hook to pull people from around corners or from areas that the character couldn’t see. Prior to these changes, Roadhog could feel a little inconsistent by pulling characters that he normally would not have been able to.

The biggest retooling of a character however is with Symmetra, the turret wielding support class. Prior to the update, Symmetra was one of the least played heroes in the game due to the fact that she was a fairly situational character. After the update, she gained the ability to place six turrets instead of three, extended beam weapon range, and gained a new ability called Photon Barrier, which lets her shoot a moving shield players can run behind.

For many, the most exciting change was the fact that she now had two ultimate abilities players could pick from. He traditional teleporter had been buffed with more health, though players could instead decide to use a shield generator, essentially placing a shield around all of her teammates in a big radius.

Are you happy to see Bastion get some love? What other characters do you feel need to be tweaked? Let us know your thoughts below.

Overwatch is available now on Xbox One, PlayStation 4, and PC.