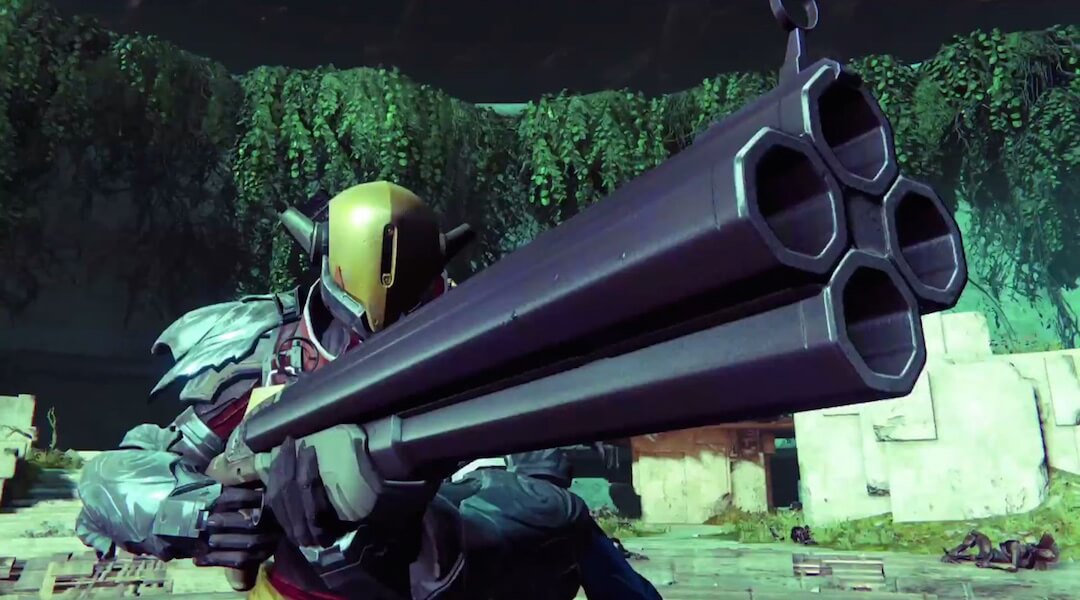 Destiny: Rise of Iron kicks off another new week of content for players with the weekly playlist reset, and here is everything that guardians needs to know for February 7, 2017.

Another week goes by, and another week without answers regarding new and upcoming content for the Destiny: Rise of Iron fan base. While Bungie has not been shy in admiting that the live team isn’t done creating new content, the developer has been cagey at best with what players can expect to see. With no Crimson Days event this year, many players have begun to speculate that another large update could be arriving sometime in the Spring, similar to the April Update that arrived last year, adding new strikes, quests, and other quality of life enhancements.

Even without any solid leads to go on with regards to new content, Bungie has set the stage for another major hot fix and balance update. The long awaited shotgun rebalance, also known as HotFix 2.5.0.2, is scheduled to hit consoles on Valentine’s Day, February 14. The balance update looks to be fairly substantial, so to get the fan base up to speed on the numerous changes that are about to be introduced, Bungie is holding a livestream event tomorrow to showcase just how how the weapon and subclass landscape will change.

While players wait for the news to arrive tomorrow, the weekly reset has once again arrived bringing with it all kinds of new bounties, challenges, and rewards to obtain. So without further adieu, let’s take a closer look at all of the new details waiting for Destiny players for the week of February 7, 2017.

This week in the Nightfall , Bungie is providing players with a throwback mission, sending Guardians to Mars to investigate the Dust Palace strike. The Cabal are moving in on the Martian Warmind and have unleashed a trio of powerful Psion Flayers. It’s up to players to head in and take them out in order to secure the ancient network.

The Dust Palace is one of the classic strikes which arrived with the base game once it launched all the way back in 2014, so at this point players should be well familiar with how this one works. To be fair however, it remained a PlayStation 4 exclusive for an entire year until the fall of 2015 when Xbox One users finally got access to it as well.

The mission itself is fairly straightforward, especially when compared to some of the more recent strikes and remastered ones. Players arrive in the abandoned city in the Hollows on Mars, where they’ll then storm a building with a dome-shaped entrance battling through Vex who then give way to the hulking Cabal. Many of the rooms in the Dust Palace require the player to use their Ghost to hack its way through, meaning the player will have to defend against multiple waves of Cabal enemies. Keep moving and taking cover when the need to regenerate health arises.

When reaching a room called the Cortex, the three elemental Flayers will arrive to signal the end of the mission. In addition to waves of Cabal reinforcements, the Flayers each have abilities based around one of the three elemental types: arc, solar, and void. The trio hit hard and move quick, so players will want to keep moving and make sure to communicate with their teammates. To help things go quicker, players should not only focus fire on one of the Flayers at a time, but use the element they’re weak to, which can be seen by the color of their shield. Continue this process until each of the three are no more.

In addition to those flayers, players are also going to have to deal with the following Nightfall modifiers as well. This week features Epic, Void Burn, Berserk, Ironclad, and Catapult.

After taking a week off, Bungie has added a new burn modifier to the SIVA Crisis Heroic Strike playlist. Unlike the Nightfall this week, Solar is the element to use here. In addition to Solar Burn, here are the other active modifiers for the heroic playlist this week: Heroic, Berserk, and Brawler.

Players looking to complete their set or armor from the successful Dawning event earlier this year can do so here as the Heroic playlist is a great way to earn valuable high level light loot, 30 Legendary Marks and a Treasure of the Dawning box.

Don’t forget that those rare Skeleton Keys have a better chance at dropping in the SIVA Heroic Crisis playlist outside of finishing the Nightfall, which grants one automatically each week.

For fans of player versus player action, mayhem is still on the table this week. While last week gave players a taste of team based chaos with Mayhem Clash, this week it’s every Guardian for themselves in Mayhem Rumble. Similar to normal rumble matches, the Mayhem modifier basically removing all cool downs, recharges player supers incredibly fast, reduces the cool downs on grenade and melee, and grants Heavy and Special ammo far more often than normal.

Outside of that, Zone Control is the other featured playlist this week, forcing players to actually play the objective in order to score points.

At this point, it shouldn’t be any surprise that The Iron Temple on Felwinter Peak is a must visit social space every Tuesday for new bounties and quests to undertake. Tyra Karn, local Cryptarch on the mountain, has more Iron Lord Artifacts to hand out to players in exchange for performing noble deeds around The Plaguelands. This week, Tyra has the following artifacts up for grabs: Memory of Timur, Memory of Radegast, and Memory of Gheleon.

Before heading off into the dark recesses of space, make sure to stop by Shiro-4 as the Exo has plenty more for players to tackle around The Plaguelands. The weekly Plaguelander quest, which focuses on finishing up various patrols is once again available, as well as four new Iron bounties as well. Surprisingly, the pattern this week mirror’s last week, as Shiro is featuring more Plaguelands based tasks than Archon’s Forge specific ones. Could this be a sign of things to come or just an aberration?

Here are the four new bounties available this week: Together We Rise, Shock It To Me, Crushing Blows, and Archon’s Forge: Dregs.

As usual, these bounties are the only way to have a chance at earning the Thorn exotic quest line, one of four that is needed to finish off the four exotic quests in the Rise of Iron record book.

As usual, once done with the Iron Temple, make sure to head over to the Tower where additional bounties and tasks await. Lord Shaxx is focused in on the Control match type this week, which also goes hand in hand with the Zone Control playlist. Here’s how to finish it off:

Keep in mind that finishing these weekly Crucible bounty is an alternative way to earn Nightfall tier rewards and loot that will help players get closer to that maximum light level of 400.

Last but certainly not least is Commander Zavala inside of the Vanguard room in the Tower. As usual, Sunrise and Strike Elite are available once again this week along with everyone’s favorite Make a Rainbow medal which seemed to cause a lot of confusion when it was first introduced back in December.

Don’t forget, the Icebreaker exotic quest has a small chance to be started by turning in the Sunrise bounty each week.

Last on the list this week is the Prison of Elders. While it may not be as popular as some of the other activities in the game, it’s still a great source of loot like Sterling Treasure, House of Wolves and other Prison of Elders specific gear. Interested players should speak to Variks at the Reef to get started. For Guardians working on the Elder’s Sigil in the Challenge of the Elders, the modifiers for this week are: Airborne, Juggler, and a bonus for getting kills with grenades.

Another week rolls on by and things remain quiet in the world of Destiny.

For players following along at home, the new week means the Wrath of the Machine raid challenge has once again flipped putting Vosik as the target. Players will once again need to interact with SIVA charges in order to activate the nearby safe rooms, adding another layer of difficulty onto the frantic boss fight against the Fallen Splicer. For more tips, tricks and a walkthrough, make sure to check our guide.

As always, good luck out there, Guardians!