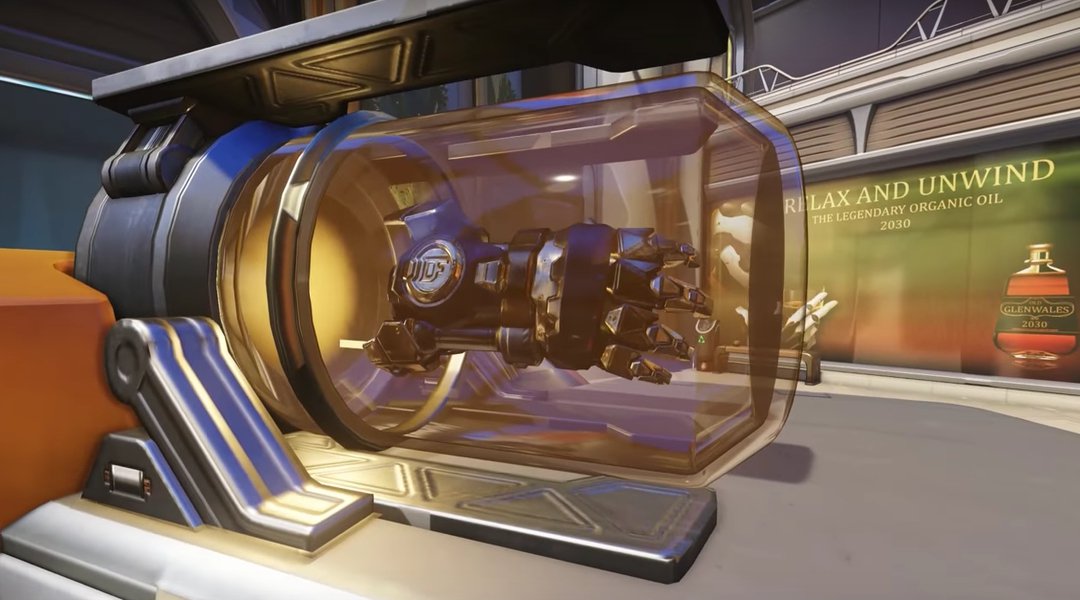 With Blizzard recently rolling out a brand-new patch to Overwatch‘s PTR, players that have taken the changes for a test-drive have already noticed what appear to be Doomfist teases.

Overwatch, the uniquely atmospheric team-based shooter that took the world by storm following its May 2016 release, has been popping up all throughout the news cycle this past week. With developer Blizzard Entertainment unveiling Roadhog and Winston balance changes; releasing an update video that introduced plans for an Overwatch server browser; and implementing a PTR patch update that brought tweaks to Bastion, Mercy, and D.va, announcements were at an all-time high. That is, until players testing out the aforementioned PTR changes found some signs that pointed to Doomfist, the rumored upcoming Overwatch character.

YouTube gamer Arekkz recapped the hints and teases found by Overwatch players, and the evidence seems pretty convincing. The round-up-style video starts off by focusing on a change made to the payload in the Numbani map, which was previously discovered by Reddit user Venxa. Players found an unfinished model of a destroyed Numbani payload, which contained Doomfist’s gauntlet within the glass.

The video then shifted to another big find: menu music. Fans noticed the alteration when in the Public Test Realm almost immediately, given its different sound and “feel” in comparison to the regular main menu tune. Through data-mining endeavors, players confirmed the new music is indeed Doomfist’s theme. Well-versed fans may have already been aware that this song is a Doomfist exclusive, as it appeared in the Overwatch cinematic trailer back in 2014. It also looks like the gauntlet found in the new payload model matches up with the one featured in said trailer.

Users also found a change in the Hero Gallery user interface, which has been slightly redesigned. Blizzard made a “deliberate change,” according to Arrekz, to shift heroes over, almost as if it plans to fill the empty space with another Hero card.

Arekkz commented that since Overwatch‘s currently-running Year of the Rooster event is coming to a close on February 13 and the fact that these map changes tend to come before cinematic shorts (like the broken lantern in the Hanamura map), Blizzard might be releasing some Doomfist information relatively soon. Additionally, considering the fact that Blizzard has time and again denied an Overwatch Valentine’s Day event, fans have suggested that Doomfist might be announced on February 14. However, this is simply speculation.

Rumors about the character possibly joining the acclaimed list of Overwatch heroes have been flying for quite some time, with one particular actor at the center of the story. A few months back, one Reddit user made the suggestion that Terry Crews (known for both his professional football career and his roles in television series and films like Brooklyn Nine-Nine and The Expendables) should voice Doomfist. Given Crews’s affinity for PC gaming, his response was overwhelmingly positive.

This then led to Crews visiting the Overwatch studio, causing fans to further question his involvement with the game and speculate that he may be the voice of Doomfist. Since, Crews has teased his role as the character and later did a mock Doomfist audition. And if the fans’ support wasn’t enough for the athlete-turned-actor, even “The Rock” supports Terry Crews to fill Doomfist’s shoes.

Though no official details have been offered up by Blizzard or the Overwatch team just yet, Doomfist may be well on his way to reaching Sombra-like hype. And regardless if Terry Crews will voice the mysterious hero, it seems that Overwatch fans will be quite pleased with Doomfist once they finally get their hands — or, more appropriately, their fists — on him.