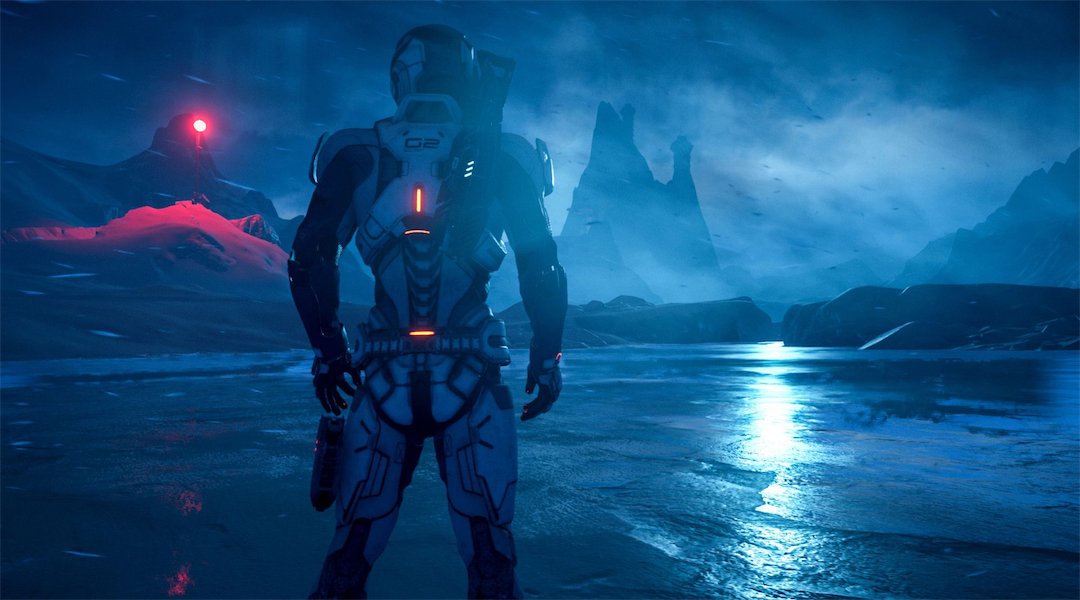 In a recent interview, Mass Effect: Andromeda producer Michael Gamble reveals a number of facts about the game, including that it isn’t a true open world experience.

Mass Effect: Andromeda represents a new starting point for the franchise, leaving all of the familiar faces of Commander Shepard and his crew behind for a new adventure. In addition to a new story and characters, the new hardware also allows the developer to add in new features as well including updated visuals, improved gameplay mechanics and much more. For all of the new elements within Mass Effect: Andromeda, it appears that BioWare has decided to stick to what works by not making this latest entry an open world experience.

When asked if Mass Effect: Andromeda could be considered an open world game in a recent interview with the Official Xbox Magazine (via Reddit), producer Michael Gamble confirmed that the game isn’t moving in that direction. Like previous titles, the team refers to the experience more as an exploration-based game where players will sometimes be in large open spaces and other times in more confined spaces. Players also have the option to use the Nomad vehicle to explore some planets in the game, but for the most part, those are not open sandbox style areas either.

Folks on Reddit also managed to capture additional noteworthy details from the post as well, including the ability to craft blades and Kett technology. While paragon and renegade choices have been removed, character tensions can arise based on specific dialogue choices the player makes throughout the journey. Other details include:

Lately, it seems that much of the recent details to come out about Mass Effect Andromeda have come through developer interviews or social media accounts rather than from sprawling news posts or official press releases. Late last week, producer Fabrice Condominas revealed that the team went back to the drawing board with side missions, hoping to reduce some of the more grind heavy elements seen in some of its past games like Dragon Age: Inquisition. Condominas even named dropped The Witcher 3: Wild Hunt as an inspiration for quests that are more meaningful and to potentially leave an impact on the player.

For now, fans continue to wait for official news regarding the highly anticipated multiplayer beta. Gameplay continues to be scarce outside of a very short, five second clip in a recent pre-order trailer. A few additional details came out over the weekend however as producer Fernando Melo confirmed with fans over Twitter that like the single player campaign, players will be able to customize certain aspects of their character. Details are still scarce on what can be customized, though players shouldn’t expect to see the same level of detail available to them within the single player content.

Are you glad to see the experience mirror previous games as well, or were you hoping for an open world style experience? Let us know in the comment section.