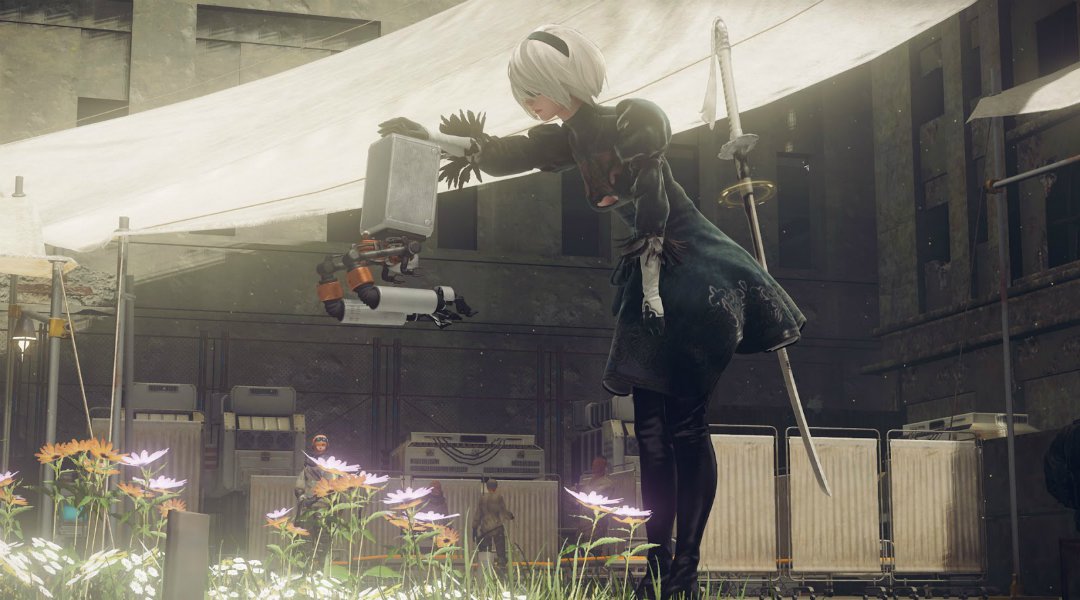 A livestream from Square Enix yesterday reveals that NieR: Automata will have an online component called the “Android System”, and it will be familiar to Dark Souls players.

To say that NieR: Automata is performing above expectation even in its pre-release stages would be an understatement. Square Enix and Platinum Games’ sequel to a niche cult hit was never expected to position itself squarely in the conversation for best RPGs of 2017, but incredibly positive feedback from NieR: Automata‘s demo and a media buzz generated from some gorgeous trailers has people talking.

If NieR: Automata succeeds, though, it will be largely in part because Platinum Games improved upon its predecessor’s interesting but very flawed world. The original NieR got by on charm and some barebones RPG action, but recent releases from Square Enix have shown that the publisher is unwilling to try and skate by on the series’ name alone. A livestream from Square, conducted yesterday, unveiled a few more new features that would be included in NieR: Automata, the most exciting of which is an online element called the “Android System”.

Those familiar with the Dark Souls online gameplay experience will notice that the Android System has taken some heavy cues from From Software’s multiplayer model. Essentially, whenever the player dies, their NieR: Automata android will leave behind various data and plug-ins that the player can recover by going back to where they died and collecting the data. In some cases, players will be able to repair that android instead, which will then let the android fight alongside the player for a fixed period of time.

The big news, however, is that if players are connected online, they can discover other players’ androids in NieR: Automata‘s open world as well, repairing them to fight alongside them in a manner similar to the way Dark Souls allowed fallen warriors to aid each other. Whether or not players with an online connection will be able to scavenge other players’ androids for valuable parts and plug-ins has been intentionally left a mystery by Square Enix, as the livestream fielded the question simply by stating it is a secret at this time.

With just a few weeks left until its launch, the news emerging from the NieR: Automata camp should help reinforce the belief it could be one of the sleeper hits of 2017. If this latest reveal is any indication, Square Enix and Platinum Games aren’t afraid to borrow inspiration from other successful, off-the-wall games, and being in conversation with titles like Dark Souls is rarely a bad thing.

NieR: Automata will launch in North America and Europe on March 7 and March 10 respectively, and will be available on the PS4. A PC release is scheduled for a later date.