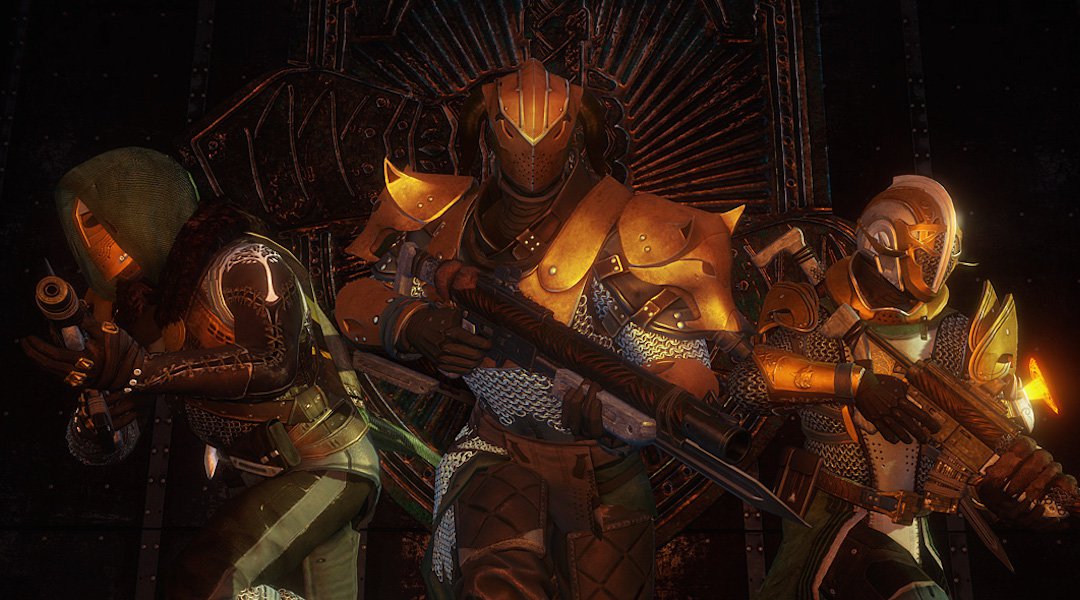 As players have already seen over the past couple of weeks, the recent balance patch has had a big impact on weapon load outs in the Crucible. Once formidable weapons such as The Clever Dragon, and many popular shotguns like Party Crasher +1 saw their usage statistics drop in the wake of the numerous changes.

The player changes has not gone unnoticed by Bungie either, as the Destiny developer saw a quick rise in sidearms as the new go to class for the Crucible. Weapons like the Trespasser and The Wormwood were suddenly favorites, considering sidearms are the only special weapon not affected by the Crucible ammo changes. With the next update, that’s all about to change as Bungie is planning to reduce the amount of special ammo sidearms start with, along with lowering the amount of carryover ammo as well.

The next balance update doesn’t yet have a time frame, though players should expect to hear more over the coming weeks. For now, it’s another brand new week in the world of Destiny, meaning the content available in the game has once again been reset with new things to do. Let’s take a closer look at all of the new bounties, items, and quests for players to complete during the week of February 28, 2017.

Bungie isn’t pulling any punches this week, as the Nightfall strike aims to present a challenge for Destiny players. This week, players are heading back to Earth in order to lend aid to the AI Warmind Rasputin. Yes, that means it’s the Fallen S.A.B.E.R. strike, introduced as part of The Taken King expansion pack and also being one of the first strikes to receive newer gameplay mechanics compared to the more traditional run and gun missions from vanilla Destiny.

Upon dropping into the Forgotten Shore in Russia, players should head to the Grottos for their first task, which is to protect a fallen WARSAT from waves of enemies. As the time ticks down, Fallen start to attack from all angles. Guardians should find cover, and an optimal strategy is to leave one person near the WARSAT to continue transmission, while the other two work on taking out the enemy squads. Once the transmission reaches 100%, take out the remaining enemies, and you’ll be prompted to head to Rasputin’s bunker complex.

After navigating through corridors filled with enemies, the next big challenge is a two track hallway, which players will need to bring a relic from the back to a switch at the front while avoiding electrical currents and a variety of shanks. Through coordination and teamwork, players will advance to the final area int he strike, a boss fight against S.A.B.E.R.-2 and waves of shanks. Part of what makes this fight so challenging is that the room constantly changes, disrupting normal tactics and forcing players to think on the fly. Players should stick to cover, and move to a safe area when the map begins to change. Make sure to eleminiate the sniper shanks when they appear, otherwise groups will likely be seeing the respawn screen fairly often.

Don’t forget to check out our Fallen S.A.B.E.R. walkthrough for more details on completing this mission.

Fans hoping to see some sort of burn modifier to make things a little easier are out of luck this week. The active modifiers in the Nightfall strike this week are: Epic, Brawler, Grounded, Chaff, and Fresh Troops.

This week, things remain similar to how they were last week in the SIVA Crisis Heroic Strike playlist. The only change this week is that the burn modifier has switched from Arc to Void so players should make sure to bust out the Nightstalker, Defender, or Voidwalker classes and void weapons such as the Nova Mortis heavy machine gun. Along with Void Burn, the other active modifiers this week are returning from last week including Heroic, Brawler, and Ironclad.

Players looking to complete their set or armor from the successful Dawning event earlier this year can do so here as the Heroic playlist is a great way to earn valuable high level light loot, 30 Legendary Marks and a Treasure of the Dawning box. Also, don’t forget that those rare Skeleton Keys have a better chance at dropping in the SIVA Heroic Crisis playlist outside of finishing the Nightfall, which grants one automatically each week.

Mayhem is still the name of the game this week, though Lord Shaxx has retired Clash for now and replaced it Rumble. Instead of teams, Mayhem Rumble is a free for all and considering that cooldowns have been significantly reduced on everything, players should expect nothing short of chaos this week.

While the Iron Banner has returned to take up the Crucible spot on the Director screen (more on that below), the other featured playlist this week is Freelance 6v6. Essentially, this is a solo only team deathmatch queue, so pre-made fireteams are not welcomed here. For players tired of being taken down by well coordinated teammates, then this is the playlist to be, as everyone is a solo player.

With the new week comes a new opportunity to head to The Iron Temple on Felwinter Peak. As always, the weekly artifacts quest line from Cryptarch Tyra Karn is available, tasking players to perform good deeds around the Plaguelands by finishing patrols, taking out Fallen Splicers, and besting enemies within Archon’s Forge. In exchange, Ms. Karn grants players a token to exchange for one of three Iron Lord Artifacts. This week she has the following in stock: Memory of Gheleon, Memory of Skorri, and Memory of Radegast.

After visiting, Tyra, head back down to see Shiro-4 to grab his weekly Plaguelander quest focusing on patrol missions in and around the Plaguelands. In addition, the exo scout has four new Iron Lord bounties to pick up as well and unlike last week which was exclusively Archon’s Forge, things have returned to normal. Players disappointed by his selection last week should be happy to note that the Vanguard Scout has returned to his old ways, offering two Plagueland specific bounties, and two Archon’s Forge bounties as well. This week he has: Pull The Plug, Shock It To Me, Archon’s Forge:Dregs, and Archon’s Forge: Vandals.

Don’t forget that finishing these bounties are the only way to have a slight chance at starting the Thorn exotic quest line. It’s one of four that is needed to finish off the four exotic quests in the Rise of Iron record book.

Over at The Tower, Crucible handler Shaxx has a brand new weekly bounty to finish up, focusing on the game mode, Supremacy. Here’s what players need to do to complete A Hunt for Glory:

Lastly, don’t forget to visit Commander Zavala down in the Vanguard area of the Tower. As expected, the familiar strike bounties of Sunrise and Strike Elite are once again available along with Merciless. Here’s what players need to do this week:

For players not interested in the Nightfall, these weekly Strike and Crucible bounties are alternative ways to earn Nightfall tier rewards and loot that will help get closer to that maximum light level of 400. Don’t forget, the Icebreaker exotic quest has a small chance to be started by turning in the Sunrise bounty each week.

Players looking to complete their House of Wolves gear collection should head over to the Reef and talk to Variks to start battling inside the Prison of Elders. Keep in mind that the Prison of Elders is still the best place to earn some of the more rare loot these days including Sterling Treasure boxes along with the aforementioned House of Wolves specific loot. For Guardians working on the Elder’s Sigil in the Challenge of the Elders, the modifiers for this week are: Brawler, Catapult, and a bonus for getting kills with supers.

Lady Efrideet has finally returned to Felwinter Peak, bringing the Iron Banner back to the masses. Players looking for something a little different from the normal Crucible matches or perhaps some unique loot should visit her this week. This time around, players will be facing off in Supremacy, so make sure to visit Lord Shaxx at the Tower to grab his bounty before starting.

As usual, the Wrath of the Machine raid challenge this week has swapped once again, now putting the focus back on the Archon Prime himself, Aksis. Make sure to check our walkthrough guide for tips and tricks on how to beat the challenge this week.

As always, stay safe out there Guardians!