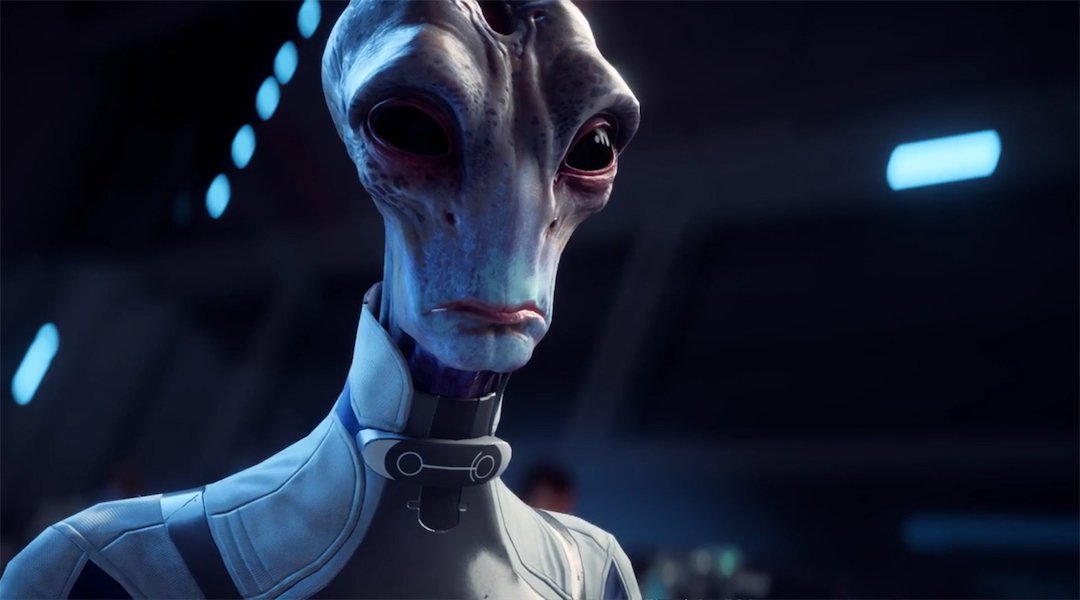 Today, BioWare and Electronic Arts have released a short, albeit informative video featuring actor and comedian Kumail Nanjiani discussing his role as the salarian known as Jarun Tann in the forthcoming science fiction shooter, Mass Effect: Andromeda. Thankfully, this most recent talk between Nanjiani and BioWare has resulted in more concrete details related to his character coming to light, as the last video featuring the actor only went so far as to humorously describe Tann as a “space frog.”

As seen below in the video courtesy of BioWare Base, Kumail Nanjiani starts by describing Jarun Tann as a salarian who is a politician that “means well,” but could be categorized as someone with a hidden agenda, as he “also likes power.” Nevertheless, he seems to be mostly harmless, as Nanjiani notes Tann’s tendency to overstate his importance during every mission in Mass Effect: Andromeda, which could point to the character having self-esteem issues.

After touching on the characteristics and personality traits of Jarun Tann, Nanjiani goes on to discuss what he loves most about the Mass Effect franchise, citing that he enjoys how the games are “morally vague,” and essentially let players make choices that typically don’t fall in line with the traditional concept of what makes a hero. The actor and comedian even mentions how Mass Effect: Andromeda blurs the line between good and bad more so than its predecessors, as the developers at BioWare have removed the familiar Paragon & Renegade system altogether.

At this point, there’s no telling how large of a role Jarun Tann plays in the overarching story to Mass Effect: Andromeda, but if Kumail Nanjiani’s description of the character is any indication of what fans should expect out of him, then the salarian will at the very least offer up some engaging bits of dialogue. That said, it remains to be seen if even more fun can be had with Jarun Tann, as it’s unconfirmed as to whether or not he’s a romance option.

Taking all of this into consideration, it’s obvious that BioWare ensured that in-depth character development was a major focus during the creation of Mass Effect: Andromeda. And thankfully, fans won’t have to wait much longer to have their own conversations with the game’s side characters, as Andromeda‘s release date comes at the end of this month.