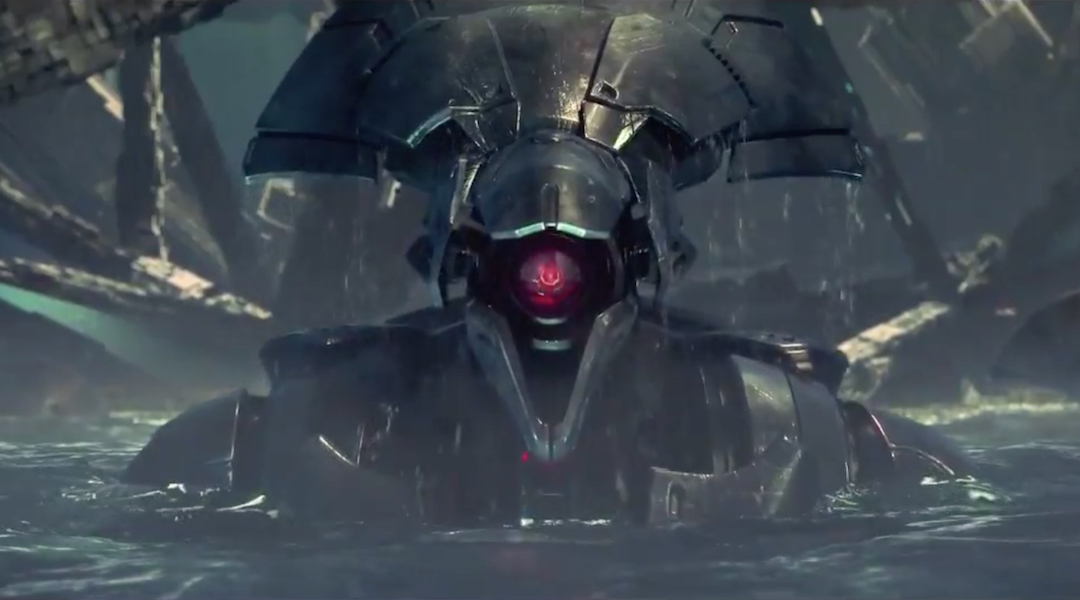 After The Dawning seasonal event wrapped up early in January, many fans were wondering what else was left for Destiny. With a less than secret sequel planned for later this year, Bungie was keeping things close to their chest, as the developer typically liked to do. Thankfully, after months of waiting, the last live event for Destiny known as Age of Triumph has finally been revealed.

With a week long reveal planned, fans are eagerly anticipating what’s in store for the game when the update arrives later this month. A recent teaser trailer for the content provides a few hints at upcoming content including a massive, new record book for players to complete, and potentially remixed and refreshed raids such as the popular Vault of Glass.

While news about the upcoming sequel is still quite scarce, Bungie did confirm that most items and content from the current game won’t be transferable, but character personalizations including selections for face, hair, and marking options would be supported in the next game. Expect more news as E3 approaches.

Until then however, it’s another brand new week in the world of Destiny, giving players a whole lot of new things to do from bounties, to quests, and more. Here’s a closer look at what players can expect when they log in during the week of March 7, 2017.

This week in the Nightfall strike, players are heading back to Mars to do battle with the Cabal and their leader, Valus Ta’aurc, Fleet Commander of the Cabal Siege Dancers. Though originally apart of the launch edition of Destiny, Cerberus Vae III received a few tweaks and was remastered as part of The Taken King expansion back in 2015. Though Ta’aurc still waits in his land tank, fans will be seeing plenty of Taken as well.

Kicking things off in the Rubicon Wastes of Mars, players will ultimately head into the Cabal stronghold located inside of the Trenchworks. Take things slow and make sure to use the cover around the ramps when a shield recharge is needed. After fighting through waves of Cabal and Taken forces, things start to escalate.

It all comes to a head near the end of the level as players need to first take out four of Ta’aurc’s guards: Val Bou’urc, Val Zu’uarc, Val Ma’aurg, and the last Val Ca’aul, who is in a Goliath tank. Thankfully, this area also has a trio of Inteceptors players can ride, which can certainly aid in the battle. Keep in mind that during this stage of the fight, Cabal reinforcements will appear every so often, so players could also head back towards the entrance of this zone to pick off some of the adds before running in again. The Inteceptors will also come in handy against the Goliath tank, so make sure to stay on the move

After his personal guards are dealt with, players then head to the Valley of the Kings where Valus Ta’aurc waits. Before heading into his ship, deal with the Cabal forces outside. Inside, Valus Ta’aurc is essentially a bigger Colossus type using a a heavy chain gun and rockets. He’s weak to head shots like most Cabal, so players should stay on the second level of the room giving them a great angle on the boss man, and making it more difficult for him to retaliate. Once his health starts to get low, tactics will change as Ta’aurc will then take to the second floor, so players should continue to move to keep spacing and finish him off.

Just like last week, fans are once again without a burn modifier, so this mission may not be as easy as some were hoping. The active modifiers for the Nightfall this week are: Epic, Brawler, Berserk, Fresh Troops, and Airborne.

Fans looking for a burn modifier are in luck with the SIVA Crisis Heroic Strike playlist this week. Arc Burn is the name of the game for this playlist so guardians will want to equip weapons like Trespasser, Zhalo Supercell, or any other Arc powered weapons to help get the jump done. Along with Arc Burn, the other active modifiers this week are Heroic, Juggler, and Catapult.

Players still looking to complete their Lantern, Crystalline, and Snow Angel Dawning armor sets can do so here as the Heroic playlist is a great way to earn valuable high level light loot, 30 Legendary Marks and a Treasure of the Dawning box. Also, don’t forget that those rare Skeleton Keys have a better chance at dropping in the SIVA Heroic Crisis playlist outside of finishing the Nightfall, which grants one automatically each week.

The chaos and unpredictability of Mayhem is taking a break this week, replaced by Inferno Supremacy. Focusing on collecting credits, players will need to do so without their radar as Inferno completely removes that from each match.

For something a little more basic and predictable, Salvage is the other featured playlist this week, pitting two teams of three against one another to fight over and hold a specific point on the map to earn points.

As with every reset, The Iron Temple at Felwinter Peak has plenty of new things for players to check out including Tyra Karn, who seeks thoughs willing to perform good deeds around the Plaguelands. In exchange for their service, Ms. Karn hands out tokens, which can be redeemed for one of three Iron Lord Artifacts, which grant players bonuses for wearing them. This week she has the following in stock: Memory of Jolder, Memory of Silimar, and Memory of Timur.

Don’t forget that finishing these bounties are the only way to have a slight chance at starting the Thorn exotic quest line. It’s one of four that is needed to finish off the four exotic quests in the Rise of Iron record book.

Next, head over to the Tower to speak with the Crucible Handler, Lord Shaxx, who has a new weekly bounty to tackle. This week the spotlight is on the mode, Rift, where players fight over a light orb in order to dunk it on their opponents. Here’s how to complete the bounty this week:

Lastly, don’t forget to visit Commander Zavala down in the Vanguard area of the Tower. As expected, the familiar strike bounties of Sunrise and Strike Elite are once again available along with the very popular, Make a Rainbow medal. Here’s what players need to do this week:

For players not interested in the Nightfall, these weekly Strike and Crucible bounties are alternative ways to earn Nightfall tier rewards and loot that will help get closer to that maximum light level of 400. As always, the Icebreaker exotic quest has a small chance to be started by turning in the Sunrise bounty each week.

Last up this week is the Prison of Elders, there for those players still looking to find House of Wolves gear and weapons or even Sterling Treasure boxes. As usual, head to The Reef and speak with Variks to get started. For Guardians working on the Elder’s Sigil in the Challenge of the Elders, the modifiers for this week are: Juggler, Small Arms, and a bonus for getting precision kills.

With Lady Efrideet and her Iron Banner competition now packed up and gone, things have returned to normal in the world.

As usual, the Wrath of the Machine raid challenge this week has swapped once again, now putting the focus back on Vosik. For tips and tricks for dealing with the Archpriest, make sure to check our walkthrough guide.

As always, stay safe out there Guardians!