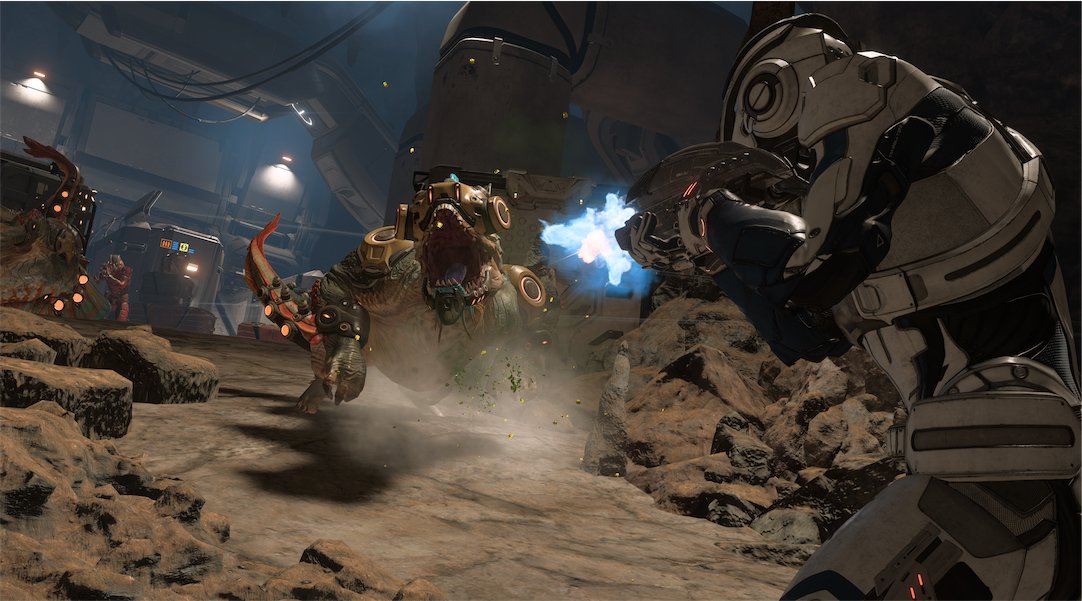 With Mass Effect: Andromeda‘s release date being just around the corner, BioWare has decided to give PC players a much better understanding of the features that will be included for the forthcoming science fiction shooter on the platform. Plus, the video game developer has partnered with Nvidia to share several 4K screenshots of what the title will look like when fans are able to take advantage of the title’s PC specs at their “maximum settings.”

As seen in the gallery and tweet below courtesy of Nvidia, the graphics for the game at peak performance are quite spectacular in 4K when one utilizes Nvidia Ansel, which is a game capture tool created by the American technology company that allows for 2D, 360°, and Virtual Reality 360° screenshots on GeForce GTX graphics cards. Interestingly enough, Nvidia claims that no post-processing was used after the Mass Effect: Andromeda screenshots were taken and shared with the public.

According to Nvidia, Mass Effect: Andromeda‘s PC version is going to have a total of 16 different options that will be able to affect the image quality of the game on the platform, which doesn’t seem to be too groundbreaking when compared the sumptuous features afforded to other current-generation titles like Gears of War 4. To be specific, Andromeda‘s personal computing fans will be able to manipulate Ambient Occlusion, Anti-Aliasing, Chromatic Aberration, Effects Quality, Film Grain, Lighting Quality, Mesh Quality, Post-Process Effect Quality, Resolution Scaling, Shader Quality, Shadow Quality, Terrain Quality, Texture Filtering Quality, Texture Quality, and Vegetation Quality.

While Mass Effect: Andromeda‘s visuals on PC at their highest settings are decidedly gorgeous, it’s safe to say many fans will agree with the notion that stellar graphics don’t necessarily mean the game itself is good. With that being the case, BioWare has made sure to offer up loads of chances for fans to get familiar with the Andromeda‘s gameplay, by putting out lengthy pieces of footage like the companion Peebee’s Loyalty Mission.

PC fans will likely be grateful to learn that BioWare will be offering a free trial for Mass Effect: Andromeda starting on March 16 through the EA/Origin Access programs, with Xbox One being included as well. However, it’s important to note that the experience is just going to be a 10-hour trial that lets players test the title’s multiplayer and single-player, with the campaign component only offering a set number of missions. Of course, getting the chance to try out Andromeda and see its vivacious visuals a few days earlier than other fans is not too bad of a deal at all.