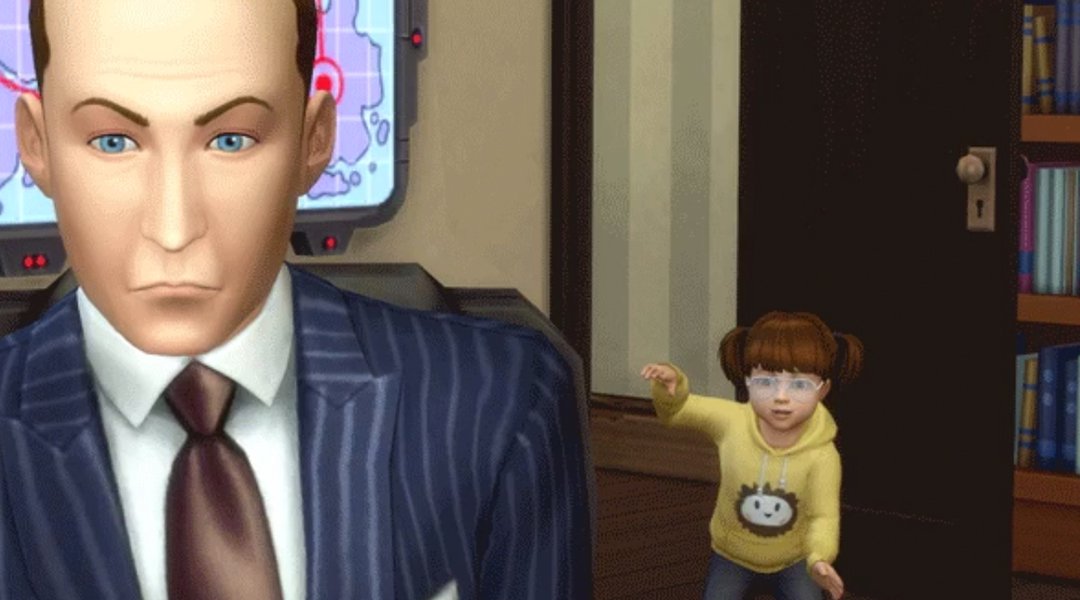 The Sims Twitter account took advantage of a hot topic by poking fun at the recent BBC News interview fail.

The fail in question involved a man speaking to BBC from his home, when his toddler daughter and new baby found their way into the room, creating a memorable photobomb that’s taken the Internet by storm.

The Sims’ take on the event is a quick gif showing a young girl dancing behind her dad, who’s obviously in the middle of an important interview. The Tweet includes the phrase: “Dance like no one is watching, even if you’re actually on live TV.”

It seems the recent addition of toddlers to The Sims 4 was good timing for the fun gif. That update, which arrived just a couple months ago, was free for all The Sims 4 players, and popped up shortly after EA announced a Vampire DLC for the game.

Dance like no one is watching, even if you're actually on live TV.