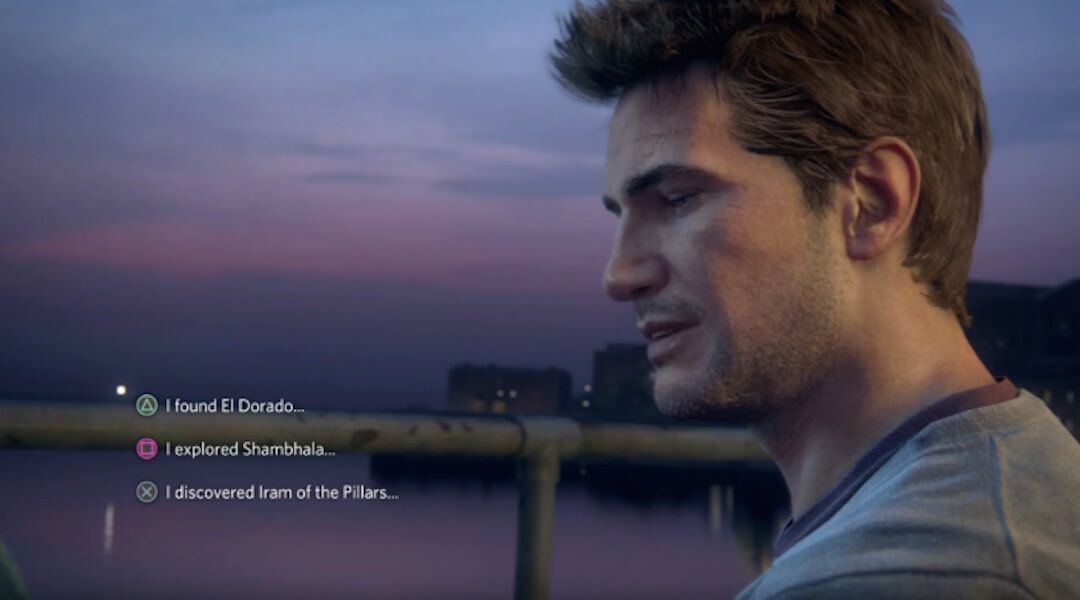 While much has been made about the dialogue options in Uncharted 4 ever since they were first unveiled back at PSX 2015, developer Naughty Dog has tempered expectations at every turn. Although the developer believes the dialogue choices will be important to player immersion, they also don’t want players to consider Uncharted 4 a dynamic experience. To put it more simply, Uncharted 4 will not be Mass Effect.

Further clarification on Uncharted 4 and its dialogue choices comes from co-director Neil Druckmann, who took over for the project (along with Bruce Straley) after longtime series writer Amy Hennig departed the company. In a new interview, Druckmann explains Naughty Dog’s intent with the dialogue choices but cautions any who presume they will lead to different endings or story beats.

“There’s something about Sam asking Nate about his old adventures that’s like, it would be kind of fun to have Nate–and therefore the player–pick which story they want to tell first. And there’s a few other instances like that where it felt like a dialogue tree was just going to get you more into the scene and make it more interactive.”

As expected, the dialogue choices in Uncharted 4 are meant to give players greater agency in Nathan Drake’s life, but not too much. Since this is to be the last adventure for the half-tucked hero, there is presumably a lot of character development packed into the game, and therefore a lot of cutscenes. So rather than have players simply sit back and watch, Naughty Dog decided to give them something to do.

Dialogue options are fairly common in games these days, but it will be the first time that Uncharted 4 has used them. Presumably, Naughty Dog saw developers like TellTale and Bethesda feature dialogue choices to great effect, and decided to feature them in their story. 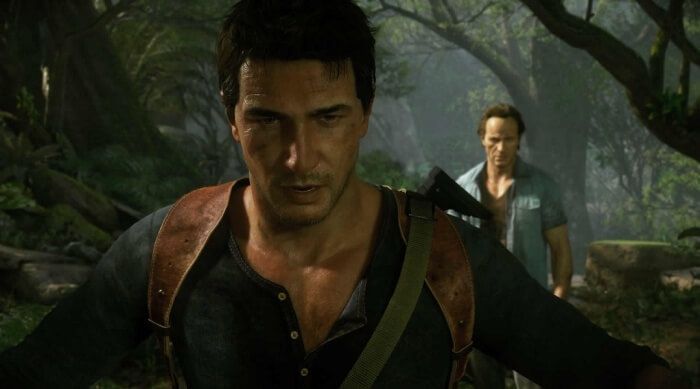 But when a game does feature dialogue choices that’s usually in service of a dynamic story – one in which the narrative can change based upon the player’s preferences. However, for Uncharted 4 that seemingly won’t be the case. See, while players will have some agency in Nathan Drake’s interactions there is still a set story to tell. That means there is only one ending in Uncharted 4.

“The thing I want to make sure we’re clear about is that we’re not making Mass Effect. Uncharted has a very specific story, it has a very specific ending that’s very definitive to the franchise. But every once in a while we felt a dialogue tree would really bring you more into the scene.”

While the Mass Effect comparison is sure to draw cheers from fans that maligned BioWare’s failure to deliver an ending influenced by meaningful choices, the important element to focus on is that Uncharted 4 has a “specific” ending. That means no matter what happens in the game, there will be no debates about what might or might not have happened. Fans won’t need to craft some wild Indoctrination Theory to make sense of what transpired.

If Nathan Drake does die – like has been highly speculated about ever since Nolan North said this would be the end for the character – then there will be no question about him living on in another ending. Whatever Naughty Dog decides will stick, and that, quite frankly, is how it should be.

How do you feel about Uncharted 4 adding dialogue options? Do you think it will draw players further into the story?