After months of furious debate, No Man’s Sky developer Hello Games clears the air on the highly anticipated game’s release date, VR-support stance, and whether the game will hit retail shelves.

While Spike’s final video game awards show featured plenty of reveals (including the world’s first look at Tales from the Borderlands), it was Hello Games’ No Man’s Sky that really got people talking. With its bright, lush visuals and promises of a massive galaxy to explore, gamer’s tongues were practically wagging at the potential that the game presented. As debate raged on whether the game was an MMO (it isn’t) or if the game will appear on Xbox One (probably not), fans held their breathe in anticipation for the little indie game that could. While Hello Games has primarily remained mum on the highly anticipated title, studio head Sean Murray has finally cleared the air on an official release date, along with announcing a retail release for the game, all while discussing possible virtual reality elements for the title.

Hello Games had previously teased that No Man’s Sky would release in June of 2016, but the studio opted to not give an official release date at the time. But speaking at a Hello Games and Sony event, the studio revealed that No Man’s Sky will launch in North America on PC and PlayStation 4 simultaneously on June 21st. Eager European gamers will have to wait a couple days more, as the UK launch date will be June 24th. 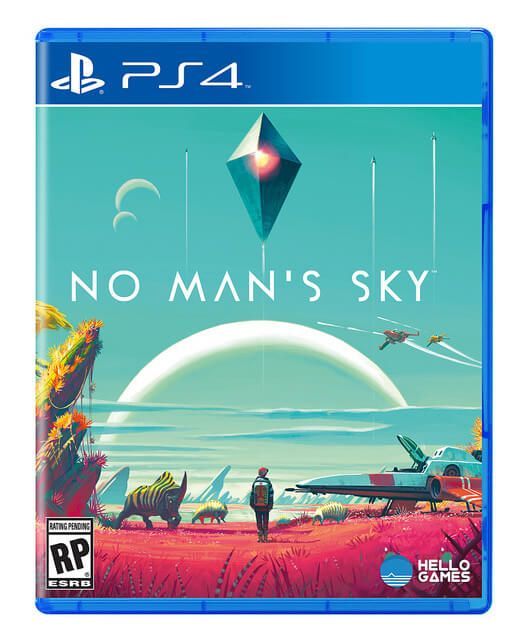 Speculation has raged on whether the Sony-supported game would remain exclusively digital, and Sony has finally put the debate to rest by announcing that No Man’s Sky will also be receiving a full-fledged retail release, released on the same day as the digital version of the game. In a post to the official PlayStation Blog, Murray seemed downright giddy over the physical edition, stating:

“Sony has a history of working closely with indies, and this feels like some sort of culmination of that story. It means more people have a chance to join us in exploring the universe than ever before. I can’t really imagine what it will feel like to walk into a shop and see our game on a shelf.”

Clearly feeling chatty about the impending release of the game, Murray let it slip in a chat with GameSpot that Hello Games saw No Man’s Sky as the “perfect fit” for the upcoming PlayStation VR. While Murray was quick to sing the praises of virtual reality, comparing the idea of playing No Man’s Sky in VR as “asking me when I was five what the future would look like,” he was also quick to swat down an official announcement on No Man’s Sky VR integration, telling the GameSpot interviewer “that’s as far as I can comment.”

While the wait for No Man’s Sky has been torture for dedicated fans, it’s clear that Hello Games and Sony are ramping up for a big release for the title. It remains to be seen if the decision to release No Man’s Sky physically will ultimately affect the price, possibly pushing it into the dreaded $60 range, but the gaming world is that much closer to finally getting to explore the vast universe of No Man’s Sky.