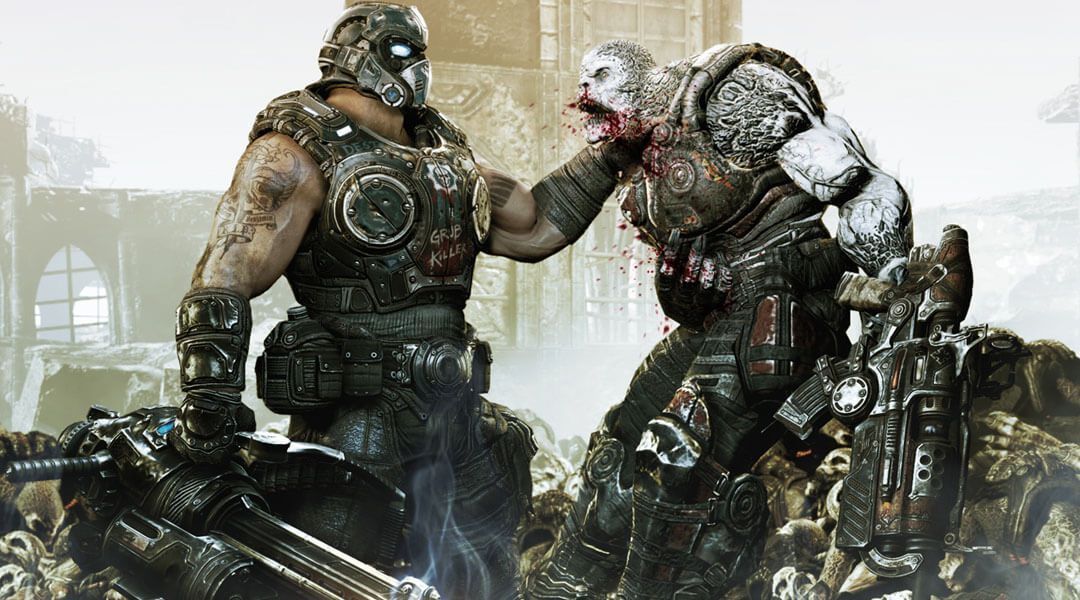 Why Carmine Needs to Be in Gears of War 4

With new details on Gears of War 4 emerging, one editor talks about why Carmine needs to make a return and why the various characters donning the name have become so beloved.

As one of the best third-person shooter franchises to ever exist, Gears of War has firmly secured a special place in the hearts of many an Xbox fan. That’s why it’s not at all surprising to hear that Gears of War 4 is one of the more highly anticipated titles arriving this year, despite the fact that details on the game have been largely missing in action following its formal reveal at E3 2015 – until just recently, that is. With word arriving that the new protagonist is none other than Marcus Fenix’s son, this information got me thinking about my favorite recurring line of characters in the form of the Carmine brothers.

The three known siblings (Anthony, Benjamin, and Clayton) all made their appearances during the initial trilogy of Gears games, quickly becoming a running gag within the series. Filling a similar role to that of Kenny from South Park, the forever-helmeted brothers were slowly picked off until the introduction of Clay in Gears of War 3 when something funny happened – fans got to vote to decide if the eldest Carmine sibling was going to live or die. Much to the joy of many longtime followers, Clay’s fate was sealed for the better and he survived the events of the final Epic Games-designed Gears title.

Despite starting off as a joke-esque line of characters, fans quickly came to adore the Carmine family. Maybe it’s the hapless tenacity, comedic dialogue, or briefly touched upon bloodlust that each of the brothers share, and it’s this fondness for the family as a whole that drives interest in any and all future appearances within the series. Of course, 25 years have come and gone in the fallout from the end of the Locust war, but at last check there were still two of the four brothers alive and well on planet Sera – the aforementioned Clay and a still unnamed fourth Carmine brother. Evidently, this sets them (or even their offspring) up perfectly for an appearance in Gears of War 4.

Yes, fans liked Clay Carmine enough the write and produce a rather well-made song about him.

Whether or not this will happen on a level that we hope to experience remains to be seen. Still, studio head at The Coalition, Rod Fergusson, did provide fans with a teaser during a recent interview with Game Informer, simply stating that “the Carmine dynasty lives on.” With the said, there’s no telling what form that may take, as Fergusson seemed somewhat hesitant with the response. This could signal a smaller role for a new or returning member of the family – or perhaps even something as minuscule as a reference through a discovered in-game artifact – which would be a disappointing blow to those hoping for more.

At the end of the day, Carmine has always represented something of a mirrored version of the typical Gears fan. For example, the moment Anthony is first introduced in the first installment of the franchise, he inquires about whether or not the squad’s newest recruit is THE Marcus Fenix from Aspho Fields. After the ever-badass Fenix confirms that he is indeed the same man, Carmine excitedly exclaims “wow, cool” and continues to sporadically shoot his Lancer assault rifle out the side of a moving helicopter. And, really, wouldn’t any newcomer be intrigued or impressed by the face of the franchise much like Carmine was? 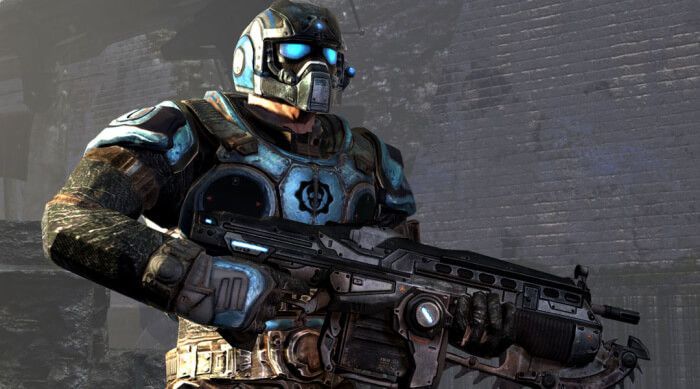 “Hey! Are you THE Marcus Fenix, the one who fought at Aspho Fields?”

Meanwhile, every other brother in the family has been equally as entertaining, perhaps even more so, because they’ve been allotted more and more screen time as the series has gone on. However, players can relate to these siblings because, more often than not, they too refuse to fall back to cover in a timely manner (like Ben), they will get pissed off after failing an active reload (like Anthony), and they hunt down the vile Locusts utilizing an absolutely brutal arsenal of weapons and a complete lack of sympathy (like Clay). Despite being the comedic relief, the name Carmine has always been accompanied by a reprieve of sorts and some much-needed light in an incredibly dark, dreary, and death-laden series.

Carmine has always provided a self-awareness of the Gears franchise that very few other characters are able to pick up on, too. Whether mocking an impending death, dodging near doom, or simply referring to how much they enjoy bacon, the siblings have made their mark on the series and hit it off with its audience. However The Coalition wishes to justify the return of Carmine is firmly in its court, but I will continue to hope that the series carries on the name in some sort of meaningful capacity in Gears of War 4.

At the end of the day, the Carmines have never been the perfect soldiers – but neither have we. I think that’s why we’ve enjoyed them so much.