With news breaking that Disney Infinity will be no more, we take a look at the ten greatest possible figurines that will never come to be within the franchise.

The closure of Avalanche Software and the cancellation of all future Disney Infinity products happened out of nowhere – blindsiding many of the series’ fans in the process. At last check, the franchise had beaten out Skylanders to become the most successful toys-to-life game on the market for 2015, but for some reason it wasn’t able to generate enough income to stay afloat in the months that have since followed. As many gamers and collectors are surely devastated by this news, we here at Game Rant have taken the liberty of creating a list of the 10 greatest figurines that will now never come to be.

While we wish all those that have been impacted by this news the best of luck in all of their future endeavors, we can’t help but think fondly of what could have been with the now shuttered Disney Infinity. Without any further ado, let’s get started. 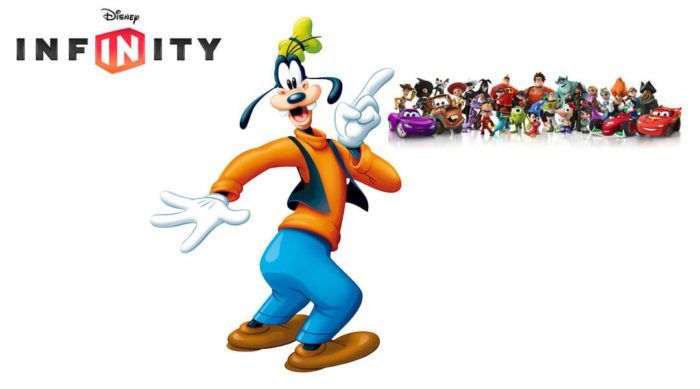 The clumsiest member of the Mickey Mouse clubhouse has been a staple of Disney for a number of years, and the sheer number of adventures he’s been on with the iconic mouse are nearly unfathomable. That’s why it’s so baffling that Goofy never made it into Disney Infinity. It’s even more sad when fans come to the realization that the excitable and bi-pedal canine will never be united with his best friends Mickey and Donald within the game – leaving them to go on without their best friend.

The caped crusader known as Darkwing Duck has garnered somewhat of a cult following amongst Saturday morning cartoon aficionados. The early 90s superhero started as a spin-off of the still-adored Ducktales, and starred a suburban dad that went by the name of Drake Mallard – who would secretly go out and battle crime in an always-entertaining fashion. The character actually almost made it into Disney Infinity 2.0 via an online fan vote, but he was ousted by Frozen‘s Olaf – seemingly leaving Darkwing fans in the dark forever.

The merc with a mouth doesn’t seem like an all too fitting character for a game featuring some of Disney’s most recognizable mascots, but the Marvel anti-hero’s popularity would be more than enough to secure sales of his scannable action figure. Despite FOX currently being in possession of the live-action film rights to Deadpool, that hasn’t stopped the hilarious mercenary from invading Disney’s Ultimate Spider-Man cartoon. Even though they probably wouldn’t have based this plastic iteration off of Ryan Reynold’s version of the character, it wouldn’t be much of a stretch to use his brief animated cameo as inspiration.

It’s tragic that Oswald is so unknown amongst casual Disney fans, but those that are familiar with the rabbit will know exactly why he would have made for a great addition to Disney Infinity. As Walt Disney’s original creation, the bunny was set to be the biggest animation icon ever. Of course, Oswald had been created under the watch of Universal Pictures, and when Disney (the man) had a falling out with the company, he went on to create a little cartoon character known as Mickey Mouse. Disney (the company) has regained the rabbit’s rights since, but he largely hasn’t been utilized outside of Epic Mickey 2.

The king of the lions himself, Simba is one of the most recognizable characters currently kicking in that famed ‘Disney Vault’. As the star of The Lion King, there’s little doubt that the feline has secured his place as one of the most iconic characters in film, and his appearance in Disney Infinity would have made for one of the more popular additions in recent memory. Tack on the fact that Disney launched a spin-off show based on the property, known as The Lion Guard: Return of the Roar, and there’s little doubt that consumers of all ages would have been eager to suit up as the Pride Lands ruler.

Jim Henson’s The Muppets are known the world over for their zany antics and loveable traits, but none are more iconic than the gang’s modest amphibian. As the leader of the entire ragtag group of puppets, there’s little question that Kermit is the most deserving of a spot on the Disney Infinity roster. Bizarrely, outside of a few Muppet-related items found in the Toy Box, no characters from the property ever officially made it into the game in any form. It turns out that Kermit was right after all these year, it truly “is not easy bein’ green.”

Contrary to what Obi-Wan Kenobi would have Stormtroopers believe, R2-D2 is one of the droids you should have been looking for. It’s true that R2-D2 appeared in several of the Star Wars playsets for Disney Infinity, but the loveable robot was never cemented as a playable (and collectable) character. Given the droid’s loveable beeps and boops, loyal following, and sheer iconic status, there’s no question that he would have made for a fantastic addition. Getting R2-D2 to play well may have been an issue, but the talent at Avalanche Software almost certainly could have found a way to make it work.

Surprised, bub? Wolverine is one of the biggest characters that Marvel has at its disposal, but he hasn’t been as prominently lately. Much like Deadpool, this is likely the result of FOX owning the live-action film rights to the entirety of the X-Men franchise, so there was never a huge benefit for Disney in having the adamantium-filled Canadian running wild alongside the likes of Aladdin. Perhaps the mouse house was simply holding off on an X-Men themed playset until it regained the film rights, but it seems the hesitation has cost Wolvie a place on the roster.

Oh bother, it seems that we’ve placed two characters together in one spot. Fortunately, Tigger and Pooh are both so adored by consumers that there’s little question that a combo pack featuring the duo would have sold gangbusters. Given the unique attributes of both residents of the Hundred Acre Wood, they would have made for incredibly unique characters. It may be too late for either of these two to join Disney Infinity in an official capacity, but there’s little question that their appearances would have been sweeter than honey.

Many may have considered it farfetched to see the likes of this Kingdom Hearts protagonist wandering around Disney Infinity, but it looks like just such a dream could have been realized. For those that weren’t aware, Disney Infinity 3.0 featured Sora’s Keyblade weapon as an unlockable item. The last time such a nod was included in this franchise was a lightsaber in the very first iteration, so it seems inevitable that Sora would have joined the action in due time. Sadly, that time will now never come, leaving fans to wait for Kingdom Hearts 3 instead.

Disney Infinity may have run its course, but the figurines still in circulation make for some of the best desk-toppers around. With that said, it’s a shame to admit that none of the mascots mentioned above will see the light of day as playable characters in DI, but fans still got a pretty go of things. Disney, Marvel, and Star Wars mainstays all had a place in this line of toys-to-life titles, and things were going pretty well for a time – it’s just a shame to know it’s all coming to an end.